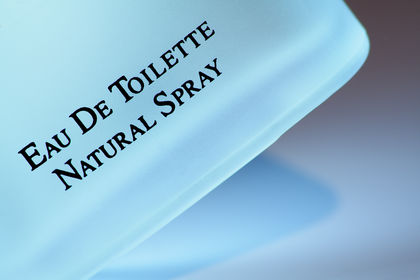 ■ Bernard Arnault made it his business to own the most attractive names across the spectrum of luxury goods, cosmetics, and beverages. As chairman and CEO of Moét Hennessy Louis Vuitton (LVMH), he had an intense drive and seemingly insatiable corporate appetite that earned him a reputation as a financier interested only in profits. Yet those who dismissed him as an angry caricature missed the point; his shrewd moves proved that his expertise in brand management was unmatched by the competition. In 2002 LVMH had $13 billion in sales, distributing luxury products that included Dom Perignon and Moét & Chandon champagnes; Hennessy and Hines cognacs; Louis Vuitton and Loewe luggage, leather goods and accessories; Christian Dior and Givenchy perfumes and cosmetics. LVMH also had interests in the DFS and Sephora retail groups.

Arnault grew up in Roubaix, northern France. After graduating from the École Polytechnique, France's esteemed engineering school, Arnault worked as an engineer and ran his family's construction and property business firm, Ferret-Savinel. Years ahead of the competition, he spearheaded the

company's move into the lucrative new niche of building time shares on the Riviera. However, when the French Socialists rose to power in 1981, Arnault immigrated to the United States with his wife and two young children. He prospered, developing condominiums in Palm Beach, Florida, but after three years turned to developing a U.S. branch of his family's property business. His time in America left an indelible impression. Before leaving, he sold his Mediterranean-style home in suburban New York to a neighbor, the mogul John Kluge, who promptly had it removed to improve his view. The unfortunate fate of his beautiful home taught Arnault a useful lesson: "When something has to be done, do it! In France we are full of good ideas, but we rarely put them into practice" ( Forbes , June 2, 1997).

The French Socialists switched to a more conservative economic course in 1983, prompting Arnault to return to his native France. His rise to control of the world's largest luxury group began with an opportunity created when a textile firm, Boussac, went bankrupt. The French government was looking for someone to take over the textile empire, which comprised several foundering businesses, including a disposable diaper company and the once-prized couture house of Christian Dior.

Arnault soon gained a powerful friend in Antoine Bernheim, managing partner of the investment firm of Lazard Fréres. Bernheim arranged the financing for Arnault's acquisition of Boussac. The Arnault family put up just $15 million of their own money, with Lazard supplying the rest of the reported $80 million purchase price. The main reason Arnault bought Boussac was to get Dior, which he viewed as the potential cornerstone of a "luxury-goods supermarket," where a rising global bourgeoisie would shop. Arnault quickly expanded Dior to include new brands: the fashion house of Christian Lacroix and Celine, a leather-goods house known for its loafers.

A BRUTAL RISE TO POWER

Next Arnault unloaded Boussac's disposable-diaper business and much of its textiles operations, gaining a $400 million windfall in the process. This sale enabled him to buy his way into LVMH in 1989, purchasing $1.8 billion in LVMH shares and forging a deal that gave him control of 24 percent of the group. A bitter power struggle ensued between Arnault and Henry Racamier, the former chairman of LVMH's Louis Vuitton subsidiary and a member by marriage of one of the firm's founding families. After more than a year, Arnault won a series of court battles, Racamier was ousted, and Arnault purged LVMH's top Vuitton executives. His takeover of LVMH was one of the roughest in France's business history and earned Arnault a reputation for viciousness that was solidified by the numerous layoffs that followed his rise to power. According to a former officer of Louis Vuitton who was fired in the purge, "He's an asset shuffler, a raider, a French Donald Trump" ( BusinessWeek , July 30, 1990). But many people respected Arnault's business strategy and penchant for risk taking. Among his admirers was Gilles Cahen-Salvador, who at the time ran the financial firm LBO France. "People like him are setting good examples for the French economy," said Cahen-Salvador ( BusinessWeek , July 30, 1990).

With the LVMH victory Arnault began assembling the pieces of his "luxury-goods supermarket," following a business model that balanced sound practices and creativity. He believed that to raise creative energy, a company must have managers with a certain love for and understanding of artists. In an interview with Suzy Wetlaufer for Harvard Business Review (October 2001), Arnault said, "If you deeply appreciate and love what creative people do and how they think, which is usually in unpredictable and irrational ways, then you can start to understand them. And finally, you can see inside their minds and DNA." Putting his model into action, at Dior, Arnault hired John Galliano, an up-and-coming designer with a flair for melodrama and unusual creations, including dresses fashioned out of newspapers. The move represented a new direction for the haute couture company. Said Vogue 's editor-in-chief, Anna Wintour, "What I think is so brilliant about Bernard is that he realized that to revitalize this boring, dusty, fuddy-duddy old house, he had to go with the shock of the new. Most businessmen wouldn't understand. They wouldn't have that sensibility and that flair" ( Washington Post , April 28, 2002). This aspect of Arnault's competitive edge came partly from his background as an amateur artist. Although he concluded early in life that he did not have the mettle for a career as a concert pianist, Arnault was classically trained and made time to practice Chopin, Liszt, and Schumann. Both his wife and mother were pianists as well.

Unique among the world's leading CEOs, Arnault had the ability to relate to both the creative and financial aspects of running a business. Although he did not believe in limiting his artists' innovation, he insisted on financial discipline when producing, marketing, and selling his company's products. He understood that, in a successful corporate culture, the counterbalance to creativity must be commerce. He never hesitated to reign in, or outright terminate, creative executives who did not produce. In 1995 Arnault fired the heads of Dior perfumes and a top manager at Givenchy, replacing them with executives from U.S. consumer brands from outside the fashion industry. The new executives, with Arnault's blessings, made unpopular but profitable changes, including eliminating the cellophane inside the Givenchy perfume box, arguing that the cost outweighed any added cachet. The results were some "star brands" that were both modern and timeless. "Our strategy is to have some stars—and there are not many stars in the luxury business. What is a star? It's a name that is the very best. It's a name that is very profitable. But the number of true stars is less than I can count on both of my hands" ( New York Times , March 25, 2001).

Throughout the 1990s Arnault amassed an empire of indulgence, purchasing dozens of luxury-goods makers; strengthening his presence in Europe, North America, and Asia; and expanding into South America and Australia. To his company's roster he added wine and spirits as well as Louis Vuitton luggage and Givenchy clothes and perfume. He bought up watches (TAG Heuer), a cosmetics line (Sephora), and even a magazine ( Art and Auction ). Initially, many of his competitors told him his company was getting too big, that he should focus on one brand. Soon, however, LVMH had its imitators. In Italy, Gucci expressed a similar appetite for the luxury-goods market, as did the owner of Cartier in Switzerland. Of his competition, Arnault said in the Washington Post (April 28, 2002), "They saw it was working. And then they said, 'Okay, now we are going to do the same thing.' I think, really, they underestimate the difficulty. They underestimate the time required to make it successful. And my guess is that they will have a very tough time."

A COMPANY IN NEED OF CASH

In the short term, however, many of Arnault's acquisitions failed to generate the kind of cash that would justify the amount of money spent on them. In 1999 LVMH and Prada together purchased a 51 percent stake in Fendi, only to see the brand's sales flatten. LVMH ultimately acquired Prada's share of the business. In 2001 operating margins for the LVMH watch and jewelry brands were about 7 percent, less than the 10 percent of competitors. In addition, the companies under its selective retailing division, including an auction house and the duty-free shops ubiquitous in airports, were barely profitable.

Although LVMH's operating profit rose 26.6 percent to a record $1.74 billion in 2000, the results failed to match expectations. Arnault's shopping sprees appeared to have decreased operating margins to about 17 percent in 2000, down from 25 percent in 1995. In January 2001 several analysts cut their recommendation for LVMH from "buy" to "neutral." Andrew Gowen, a securities analyst who followed LVMH at Lehman Brothers in London, said in the New York Times (March 25, 2001), "What started to bug me was a misallocation of capital. A lot of acquisitions pushed them into several low-margin, low-return businesses." Arnault ultimately put the brakes on his acquisition strategy in favor of generating some much-needed cash. LVMH sold its interest in the Phillips auction house, and stockholders urged that similar decisions be made about other struggling divisions.

THE FUTURE OF FASHION AND LUXURY

Arnault faced a host of challenges in early 2004. The luxury market struggled from declines in tourist travel, crucial to the sale of designer goods, and several LVMH brands suffered from their own financial troubles. Japan's economy was another factor; in 2001 the country accounted for 40 percent of sales at LVMH, but Japan's economy had been in a recession since 2003. It even seemed questionable that mass-market brands could continue to command top dollar. Nonetheless, Arnault was optimistic that he could continue to generate a steady flow of profit from his brands while ensuring the highest level of quality and creativity. As he told the Washington Post (April 28, 2002), "The possibility of creating very appealing products with architects, with designers and making it commercially very successful is what I am good at, I think, and what I like to do."