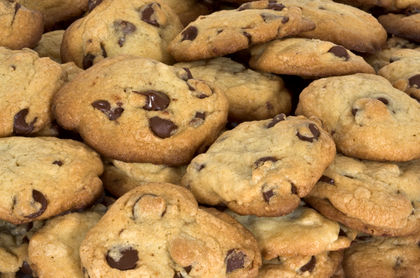 The story of the Famous Amos Chocolate Chip Cookie Company is a bit complicated and not always sweet. In 1975, Wally Amos, a talent agent turned baker, introduced Americans to "gourmet" cookies, with a rich chewy taste not found in packaged cookies stocked on grocery store shelves. Amos made millions, yet he was not prepared for the financial pressures and ended up selling his business in 1985. The company was then bought and sold numerous times, and suffered through too many owners and not enough direction. Keebler Foods eventually brought Famous Amos stability and a return to its roots by 1999. In 2000, Wally Amos was back promoting his namesake treats, and the Famous Amos company was selling more than $100 million in cookies each year.

Wally Amos had been a successful talent agent with the William Morris Agency in New York City when he decided to start his own talent management firm in 1967. When the new agency experienced problems Amos moved his company to Los Angeles, California. By 1974, Amos tired of show business and turned to his love of baking. Always comfortable in the kitchen, where his mother and grandmother had taught him to cook and bake in his teens, Amos considered baking cookies professionally. He took what money he had and rented a small storefront to sell his cookies. In 1975, with financial support from celebrity friends and former clients, Wally Amos created the Famous Amos Chocolate Chip Cookie Company.

In his new business venture, Amos was a success. He used an old-fashioned recipe to make "gourmet" chocolate chip cookies, something new and entirely different in the baked goods market. Word of the premium cookies spread beyond Los Angeles, and soon Famous Amos cookies were the talk of the West Coast—bringing in sales of $300,000 for the company in its first year. Amos set up deals with upscale department stores like Bloomingdale's to sell the bite-sized cookies for about $3 a pound, as well as in specialty food stores. Within two years, two baking and packaging plants—one in California and the other in New Jersey—opened to keep up with the demand of over six tons of cookies a week. Additional stores opened in Los Angeles, and then in Hawaii, where Amos relocated in 1977.

Famous Amos at a Glance

Famous Amos was ringing up sales of an astonishing $12 million a year by 1982, with its cookies available in over twenty thousand locations. Yet as Famous Amos gained in popularity, competitors entered the market to capture a slice of the profits. Gourmet cookies, it turned out, were big business and soon the makers of packaged cookies like Duncan Hines, Keebler, and Nabisco began baking their own premium cookies to sell in grocery stores. Other rivals like Mrs. Fields' Original Cookies and David's Cookies opened tiny spaces in malls to sell fresh-baked gourmet cookies to shoppers. To keep ahead of the growing competition, Amos knew Famous Amos had to keep expanding, and rather quickly. But he was in over his head; he was not, he realized, equipped to deal with all the financial and production issues facing a large national company.

Amos began selling off parts of his business to investors, in the hopes of bringing in experienced executives. He also took time off in 1983 to write his autobiography, The Famous Amos Story: The Man Who Launched a Thousand Chips, the first of five books he would write about his life experiences. In the meantime, Famous Amos had new shops popping up on the West Coast and franchised stores opening in Japan and its Asian neighbors.

By the end of 1984, Famous Amos was still earning $10 million, but debts were mounting. Both Amos and company were in serious financial distress. In February 1985, the Fort Worth-based Bass Brothers, which had come to own a majority of Famous Amos, approached the founder about selling his remaining shares. He did, for $1.1 million, and left the business. It was soon apparent, however, that the Bass Brothers were not any better equipped to run the struggling cookie company. They sold their shares later in the year for $5 million to another investment group, which included John Tunney, a former senator from California.

Too Many Owners, No Direction

The new owners of Famous Amos had big plans to quickly and aggressively expand the company, and to give its rivals a run for their money. Both Mrs. Fields and David's were far larger than Famous Amos, with nearly three hundred Mrs. Fields locations in the United States and abroad, and one hundred fifty locations for David's Cookies. Since most Famous Amos shops were mostly on the West Coast (with the exception of New York), the new owners planned to open some two dozen new locations in the eastern and southern United States.

Without much money for advertising, Wally Amos found other ways to promote his cookies. For example, he once traded several batches of cookies to a radio station for air time.

But Famous Amos was sold again in 1987, this time to the Baer brothers based in Denver, Colorado. Robert, Ronald, and Jeffery Baer bought the cookie maker, like all of its previous owners, with high hopes. They hired a young executive named Keith Lively to run the firm in 1988. Soon after, the Baers sold Famous Amos to the California-based Shansby Group for less than $3 million. Lively elected to stay with the cookie maker, believing that the Famous Amos brand had nearly unlimited potential, regardless of who owned it. Luckily for the troubled Famous Amos, he was right.

Wally Amos holding a tray of his famous cookies.

Once the Shansby Group was in charge, Wally Amos cut all ties to his former company and signed a two-year agreement in 1989 not to create a competing business. With Wally Amos out of the picture, chief executive Lively was given the green light to grow the brand. He gave Famous Amos a makeover by changing its packaging, slashing prices, and even closing its retail shops, which were expensive to run and maintain. Instead, Famous Amos cookies were available to a wider audience, through vending machines (its highest area of growth), in the cafeterias of large corporations, warehouse food clubs, neighborhood convenience stores, and some grocery chains. There was also an alliance with Burger King, which stocked the cookies in two hundred of its fast food restaurants in 1991.

In the fall of 1992, Famous Amos was again up for sale. The Shansby Group, which had turned the cookie maker back into a profitable enterprise, sold their interest in Famous Amos to President Baking Company for just under $61 million. Headquartered in Atlanta, Georgia, President Baking was no stranger to Famous Amos, since the two had been in business together for some time. President packaged and shipped about a third of the Famous Amos cookies, and was also well known as the nation's largest producer of Girl Scout cookies. With sales of over $450 million in 1992, President was the United States's fourth largest cookie distributor and more than had the assets to help make Famous Amos a nationally available brand.

A Man with No Name

Although Wally Amos was no longer a part of Famous Amos, he had managed to stay in the limelight by selling dolls, T-shirts, and books. His non-compete agreement ended in 1991, and he decided to form another cookie company called Wally Amos Presents Chip & Cookie Company. Unfortunately, since Famous Amos was once again truly famous and doing well, its owners did not want consumers confused by another product with the Amos name. Famous Amos and its founder tangled in court, battling for the Amos name. Wally Amos lost the fight in 1992 was ordered not to use his own name or face in business, especially on baked goods.

Amos's solution was to choose another name. In 1992, he began the Uncle Noname (pronounced no-nah-may) Cookie Company, and although he originally wanted to sell cookies, it did not work out. Amos switched to muffins and mini pound cakes and was soon receiving high praise for the gourmet goodies. He also scored a distributing deal in the northeastern United States, ironically selling Uncle Noname muffins side by side with Famous Amos cookies.

While the Uncle Noname treats were gaining acceptance and rave reviews in the mid-1990s, Famous Amos was doing better than ever. The cookie maker, with the backing of President Baking, had finally begun to put its products in the bigger grocery chains. Sales for 1995 hit $75 million, and climbed to $87 million the following year. As the end of the century approached, Famous Amos had recaptured its fame and was selling its cookies in hundreds of regional grocery stores, thousands of vending machines, and on countless convenience store shelves. The company's success did not go unnoticed, and in 1998 came another buyout.

Wally Amos took his love of cookies to the extreme: he even had a chocolate chip cookie car.

Rival cookie giant Keebler Foods bought President Baking Company for $450 million in late 1998, which meant Famous Amos became part of Keebler's well stocked cookie empire. By 1999, Keebler was ready to take Famous Amos to a wider audience. The company also wanted Famous Amos to return to its roots. Its roots, of course, were in chocolate, but over the years chocolate-based cookies had been replaced with fruit and cinnamon flavors. Keebler not only launched two new chocolate chip cookies, with toffee and walnuts, but they also asked Wally Amos to make appearances to support the brand. Happy with his former company's new ownership, Amos agreed and went on the road in 2000, which happened to coincide with the twenty-fifth anniversary of Famous Amos.

In 2001, the ownership of Famous Amos shifted for a seventh time as Keebler was gobbled up by cereal titan Kellogg Company (see entry) for $4.5 billion. While the deal had little impact on Famous Amos, which had reached sales of $100 million, it marked another turning point in the cookie maker's long and remarkable journey. From its promising start as a Los Angeles gourmet cookie shop to part of one of the world's largest food companies, Famous Amos had indeed come a very long way.