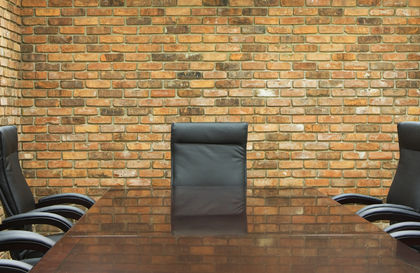 Although the shareholders of a corporation own the firm, they do not manage it. Instead they elect a board of directors, which in turn, selects senior management. Therefore, unless altered by a special agreement, the board of directors has the authority to make all decisions in the regular course of business. Theoretically, the board is the representative of shareholders, and is supposed to ensure that management is acting in the best interests of the stockholders. Directors' duties must be discharged in good faith, with the care a prudent person in a similar position would exercise under similar circumstances, and in a manner the director believes to be in the best interests of the corporation.

The functions of the board of directors include: (I) selecting, evaluating, and—where appropriate—dismissing the chief executive officer (CEO); (2) reviewing and approving the corporation's financial objectives and strategy; (3) providing advice and counsel to senior management; (4) selecting and recommending a slate of candidates for the board of directors to shareholders for election; (5) approving dividends and stock splits; and (6) reviewing the adequacy of systems to conform with applicable laws and regulations.

Most companies have the following board committees: nominating, compensation, audit, finance, and executive. The nominating committee selects candidates for the board of directors. The compensation committee determines executive pay. The audit committee reviews the reports of the independent external auditor and oversees the internal audit function. The finance committee oversees the capital investment decisions of the firm and the raising of sources of capital. Finally, the executive committee approves important decisions between full board meetings.

The most common type of director is a senior executive of another company. Approximately one-quarter of Standard & Poor's 500 firms had a former CEO as a board member. More than 80 percent of board vacancies are filled via the recommendation of the chairman. Many directors serve on more than one board, in addition to holding a full-time job. Accordingly, directors have been criticized for being unable to contribute sufficient time to their duties.

THE CHANGIN G ROLE OF THE BOARD

In a time of hostile takeover battles and forced replacements of senior executives, the role of the corporate board of directors is rapidly evolving. In the early 1990s outside directors began taking a more active stance in reacting to poor performance on the part of the management reporting to them. The new activism on the part of corporate directors rose in 1993 to include replacing the chief executive officers for such major corporations as American Express Co., Compaq Computer Corp., Eastman Kodak Co., General Motors Corp., and IBM.

During the era of hostile takeovers in the late 1980s, companies began to nominate directors for staggered terms as a protective device. For an acquirer to gain control, he or she would have to run a dissident slate enough times to gain control of the board.

As a result of the financial difficulties encountered by many companies during the 1980s and early 1990s, some labor unions were given the authority to designate one or more members of the firm's board of directors as part of an overall package that contained reductions from the usual wage increases and often outright cuts in labor compensation. In 1980 Chrysler Corp. became the first major company in the United States to elect a union leader to its board. As part of its bankruptcy reorganization, TWA gave its employees a 45 percent ownership of the company plus four board seats. Most preferred stock indentures also have a provision allowing the preferred stockholders, as a group, to elect one or two members of the board.

The audit committee plays a special role for the board. In response to criticisms of the financial reporting process, the NYSE and the National Association of Securities Dealers recently sponsored the formation of the Blue Ribbon Committee on Improving the Effectiveness of Corporate Audit Committees. The committee's report included the following recommendations: (1) having all audit committee members being "financially literate" and meeting several stipulated independence criteria, (2) increased communications with the company's outside auditor, and (3) direct communication from the audit committee in the company's annual report to its shareholders.

Recent studies also indicate that boards are slightly smaller today, reflecting in part the reduced role of inside directors, i.e., directors who are senior managers in the company. A broader diversity of backgrounds is evident in the type of people serving on corporate boards. Increased numbers of directors have public service, academic, and scientific experience, and there has been a dramatic rise in the representation of minorities and women. Finally, the frequency of board meetings has also declined somewhat.

In most large companies, compensation committees evaluate the performance of top executives and determine the terms and conditions of their employment. These committees are composed largely or entirely of outside directors.

A director for a major corporation will generally receive a retainer of $20,000 to $30,000 per annum, plus additional payments, usually from $500 to $1,500, for each board or committee meeting attended. A dramatically increasing number of companies are moving away from cash stipends to either a combination of stock grants and cash or just grants.

Recruiting directors has become more difficult. Although the functions and the compensation of directors have helped make board service more attractive, these positive factors are offset by a widening of directors' liability. In recent years, courts have narrowed the scope of the business judgment rule, which provided broad discretion to board members in carrying out their functions. The resulting increase in lawsuits against corporate boards has raised the costs of directors' and officers' liability insurance policies. This, in turn, has led to an appreciable decline in the willingness of insurance carriers to write these policies.

CRITICISMS OF THE BOARD

A number of major criticisms have been leveled at corporate boards of directors in recent years. The most common criticism is that they are largely ceremonial, and simply rubber stamp the decisions of management. As a result of management's control of the proxy voting system, it is more likely for management to select directors than vice versa. Accordingly, the role of directors is largely advisory and does not involve significant decision making. Furthermore, it is argued that the "old boy" network that dominates some boards makes it undesirable for directors to question the performance of their peers.

A related criticism is that the board's discussions are dominated by the CEO, who typically also serves as chairman of the board. When the same person controls the agenda of boardroom proceedings as well as the day-to-day performance of the company, the power of the individual director may be diminished. Many directors act as partners of senior management, rather than as monitors able and willing to reward and penalize management's performance.

Corporate directors also are criticized for conflicts of interest and for showing greater concern for the welfare of other companies. Many outside directors of corporations do business with the companies on whose board they serve. An analysis of 286 banks that failed in 1990 and 1991 revealed that, in 25 percent of the cases, the main cause of failure was fraud and other abuses by directors and officers, such as receiving loans at very low rates. The board's compensation committee is typically a group dominated by outside directors. Frequently, those outside directors are senior executives of other firms, who are supportive of proposals for increased compensation of their counterparts. Other independent outside directors may represent another set of special interests—those of the local community. Another concern is the relationship of the inside directors to the chairman/CEO since he or she is their day-to-day supervisor and possesses the effective authority to change the directors' role in the company.

The National Association of Corporate Directors recommended certain reform proposals in 1995. First, the association suggested that companies should pay directors mainly with stock rather than cash. Directors who have a significant equity investment in a firm are more likely to take an active interest in the company's well-being. Second, the trade group advocated setting a substantial target for director stock ownership and a time frame to meet it. Finally, the association urged companies to enact a prohibition against the hiring of a director's firm to provide professional services to the corporation.

This country's largest public pension plan, the California Public Employees' Retirement System (CALPERS), has recently issued an extensive statement discussing corporate boards of directors. The statement lists fundamental criteria and ideal criteria that CALPERS looks for in a corporation's board before it makes a decision to invest in it.

Carver, John, and Miriam Mayhew-Carver. Your Roles and Responsibilities as a Board Member. Jossey-Bass, 1996.

Also read article about Board of Directors from Wikipedia