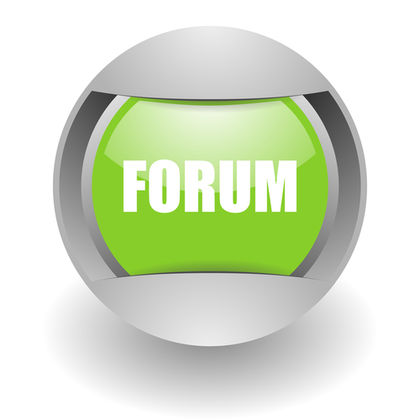 Bulletin board systems (BBSs), also known as computer bulletin boards, were a popular method of sharing and disseminating information during the 1980s and early 1990s. In that period they were generally closed systems, meaning they weren't connected to the Internet or other external networks, and were usually accessed via direct dial-in through a modem. Although thousands of BBSs are still in operation, the phenomenal growth of the Internet—along with its comparative ease of use—since the mid-1990s has relegated the traditional BBS to a very minor position in the networking technology field. Instead, corporate intranets and web sites have assumed all of the functions of the typical BBS and added many new capabilities.

Like most forms of computer networking, a BBS consists of at least one computer that serves as a host to others. The host computer runs special software to operate the BBS; remote users usually require special software or a general terminal emulation program. The remote users then dial in through a modem and the host computer serves them, typically through a series of menus, certain public or password-protected information. The BBS software allows the operator to control who has access to which information.

At their pinnacle, BBSs were DOS-based applications with crude graphics, if any. Users navigated the BBS by typing text commands or by tabbing through menus and selecting items with keystrokes. As their popularity waned in the 1990s, Windows BBS tools became available, but most BBS users have experienced the systems as low-graphic environments.

Common features of a BBS include the ability of callers to read announcements and brief messages, participate in conferences of string messages on a related subject, send electronic mail to specific addresses, download files, chat in real-time with other users who dialed in simultaneously to a multi-line BBS, and attain access through "doors" to specialized programs external to the BBS software, such as for searching large databases or for using retail sales systems which register credit card orders.

BBSs arose from the leisure-time activity of computer hobbyists by offering a forum for discussion on common topics and a means of exchanging share-ware or other non-licensed computer software. The first BBS is considered to be the one created by Ward Christensen and Randy Suess in 1978, just after Hayes introduced the first personal computer modem and about a year after personal computers were first commercially available. Many public BBSs are still hobbies of their operators, but many also have commercial purposes.

Although the use of BBSs by hobbyists continues to be the better known application, business usage surged in the late 1980s and early 1990s. The rapid spread of BBSs for business resulted from the increasing base of personal computers in offices and homes. The trend continued to accelerate in the early 1990s with the introduction of faster and cheaper modems.

The main categories of business applications for BBSs are:

While bulletin board systems are more effective in these applications than some of their low-tech alternatives, they have many limitations. Since the traditional BBS is a closed system, users must dial into each BBS separately, making them inconvenient for users who need to contact several systems. A related problem disseminating the BBS dial-up number so that potential users know it even exists—there is no central list of closed BBSs and their contact information. Often dial-up BBSs don't have access numbers that are local for their users, requiring a long-distance call, or else the operator must pay for potentially expensive toll-free access. And because there is a variety of dial-up BBS software in use, once potential users learn the dial-up number, they may find that they need to obtain different software packages to access the different systems of interest.

The mainstreaming of the Internet—notably through the introduction of graphical web browsers—provided solutions to these and other problems with the discrete BBSs. On the Internet, a single connection (with an Internet service provider) and a single software tool (a browser) enable access to literally millions of sites with a few keystrokes and mouse clicks. Finding what information is available from whom is also much easier on the Internet thanks to search engines and other online directories. Internet searchers are also aided by the user-friendly naming conventions for Internet domains, making site addresses easy to guess (e.g., one can surmise IBM's address is likely to be ibm.com or something similar), something that's not done as easily with phone numbers.

Moreover, for BBS operators a simple Internet site can be easier to build and maintain versus a comparable dial-up system, and web sites tend to be more portable across different hosting computers, permitting inexpensive outsourcing to commercial web hosting services. Operators can also expect much greater traffic on the Internet, which is usually an advantage.

The emergence of the Internet, not surprisingly, severely curtailed demand for and interest in conventional BBS services and software. One leading vendor of BBS software saw its BBS product sales drop off by more than two-thirds from 1997 to 1998 alone. Most serious BBS operators either abandoned the dial-up paradigm entirely and moved their content to web sites, or at least linked their systems to the Internet. Makers of BBS software have assisted the migration by providing dual-use software that enables traditional dial-up functionalities alongside Internet browsing from within the same application suite.

BBSs aren't completely dead, but they have been significantly transformed. Smaller to mid-sized businesses, as well as those with special needs, still run BBSs for connectivity within and outside the organization. No longer the bare-bones, exclusively DOS programs, BBS software has also been retooled to serve as a corporate intranet or to create specialized web pages that require a proprietary browser (i.e., not one of the leading brands). Such a system may be beneficial for a business if its information needs do not involve reaching the general public. Frequently, however, the functions of the traditional BBS have been overtaken by comparable or more powerful functions associated with the World Wide Web and the Internet.