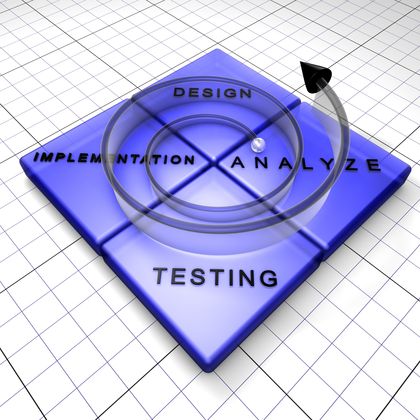 In the most basic terms, business cycles refer to fluctuations in the economic growth of a nation's economy. Sometimes, business cycles are simply referred to as ups and downs in the economy. The U.S. economy has experienced economic fluctuations throughout its history. For example, while the U.S. income has grown more than six-fold during the last 70 years, the U.S. economy has also experienced many economic downturns, some of which were very severe. The Great Depression (1929-33) was the worst downturn of this century. More recently, a fairly deep downturn was experienced during the Reagan administration (1981-82) and a mild downturn during the Bush administration (1990-92). Economists have studied the causes, consequences, and possible cures for the recurrent business cycles, however, they have not been fully conquered. After all, the most recent downturn ended only in 1992, and the next one might be around the corner. Nevertheless, the severity of economic downturns has been mitigated to a considerable degree. It is now widely believed that business cycles are here to coexist, at least in a mild form, with every economy based on capitalism. In what follows, common characteristics of business cycles are discussed in detail.

BUSINESS CYCLES AND FLUCTUATIONS
IN OUTPUT AND EMPLOYMENT

Usually, when one talks about business or economic fluctuations, some notion of the aggregate economic output or income is assumed. The most commonly used measure of the national output is called gross national product, or GNP. The government also started using a related measure of output known as gross domestic product —GDP). GNP, in turn, measures the country' aggregate output by simply evaluating all final goods and services produced in the economy during a year at their market prices. When an economist examines fluctuations in gross national product, he or she uses a GNP measure that is adjusted for inflation. The inflation-adjusted measure is called real GNP, or gross national product in constant dollars. It makes sense to use only the real GNP in studying business fluctuations, as we are interested in real fluctuations in economic activity.

FOUR PHASES OF THE BUSINESS CYCLES

While economic fluctuations are often simply referred to as ups and down in the economy, these fluctuations follow a broad path—each business cycle displays all phases of a cycle, but its characteristics differ from one cycle to another. In other words, business cycles are not regular or consistent. This will become clearer below.

Each business cycle can be divided into four phases. As the economic downturn continues, the output level reaches a bottom, called a "trough." A trough is basically a turning point—the real output stops declining any further and starts to increase after hitting the trough. The phase when the economy's real output is rising from the trough is termed expansion. The expansion continues to a peak where it achieves the highest output level for this particular business cycle. When output starts declining from the level achieved at the peak, a recession or contraction is said to have set in. The four phases—trough, expansion, peak, and recession—constitute a business cycle.

SOME NOTABLE PERIODS OF EXPANSION
AND CONTRACTION

Duration and force of expansion and contractions vary from cycle to cycle. A particularly severe recession is called a depression. The Great Depression of the 1930s has been unparalleled in terms of severity. In October of 1929, the stock market witnessed a drastic decline, often referred to as the great stock market crash of 1929. After the stock market crash, the economy started declining at a staggering pace. The real gross national product declined by about one-third between 1929 and 1933. At the peak of the Depression in 1933, the unemployment rate rose above 25 percent of the labor force, resulting in inordinate hardship for a large number of Americans.

A particularly robust period of expansion is often called prosperity. The United States economy experienced an unprecedented period of prosperity during and after World War II. In fact, the effects of the Great Depression lingered on in the U.S. economy until the outbreak of World War II. The increase in government spending necessitated by the war provided an enormous expansionary force—the real U.S. gross national product increased by about 75 percent between 1939 and 1945. Prosperous periods of somewhat lower magnitudes were experienced during the Korean and Vietnam wars. Because the economy tends to operate at or near full capacity during periods of prosperity, inflationary pressures also generally accompany such periods.

There are a multitude of factors that are considered responsible for causing business cycles. In a theoretical sense, though, they can be broadly characterized as belonging either to the demand side (the aggregate demand from all sections—consumers, investors, government, and foreign—for the economy's goods and services) or the supply side (which pertains to factors relevant to supply of goods and services, such as changes in input costs, technological advances, etc.).

Investment spending is a much smaller part of the aggregate demand in the economy—gross domestic private investment currently accounts for roughly 15 percent of total real gross domestic product. Investment is influenced by a number of tangible and nontangible factors. The cost of borrowing (the long-term interest rate is the main basis for determining the cost of borrowing) and expected profit rates (on proposed projects) are considered the major determinants of investment spending. However, investment is susceptible to a number of economic and psychological factors, including businessmen's confidence regarding the future of the economy.

An aggregate supply schedule specifies the amount of goods and services supplied (produced) by all producers of goods and services in the economy at each price level. It is reasonable to expect that the quantity of goods and services supplied will be higher at higher prices and vice versa. In other words, price level and aggregate supply are positively related—they move in the same direction. Economists formalize this relationship by saying that the aggregate supply curve (the graph that illustrates the relationship between the aggregate supply and price) slopes upward to the right. Why producers charge higher prices to supply greater output can be explained in terms of the cost of producing increased output. In general, the average cost (cost per unit) of producing output rises due to increasing input prices—increased competition among producers for the given raw materials and labor raises prices. As costs of production increase, so do prices of commodities produced.

The supply curve can shift for a number of reasons. Suppose, there is sudden increase in the price of a necessary input such as oil. This will shift the supply curve to the left. In other words, prices of goods produced will rise in general, due to the increased input price.

FLUCTUATIONS IN THE ECONOMY

Many economists have hypothesized that business cycles are the result of the politically motivated use of macroeconomic policies (monetary and fiscal policies) that are designed to serve the interest of politicians running for re-election. Political business cycles can be explained as follows. Usually a year or two before an election, the incumbent president, members of congress, and/or senators engineer expansionary macroeconomic policies. Use of fiscal policy, that is—increased government spending and/or tax cuts—is the most common way of boosting aggregate demand, causing an economic expansion. However, the president may also induce the use of monetary policy to aid in the economic expansion. Technically, the Federal Reserve Bank that conducts the monetary policy is independent of the President and Congress; its independence is created, in part, by the long 14-year terms granted to the regular members of the Board of Governors of the Federal Reserve. Nevertheless, realistically, it is hard for the Federal Reserve to completely ignore the pressure put on it by the President and the Congress. Because of expansionary macroeconomic policies, economic growth picks up before elections and the labor unemployment rate declines, making people feel good about the state of the economy. People find it easier to land jobs and incomes rise, putting them in an upbeat mood to reelect incumbents to their offices.

Once elections are over, the inflationary effects of expansionary macroeconomics policies start to become evident. The closer the economy was to the full employment level before the elections, the greater the inflationary pressure. To curb inflationary tendencies in the economy, the President and Congress turn to anti-inflationary measures, such as reducing government spending and increasing taxes. The Federal Reserve is likely to further aid these efforts by increasing interest rates. The net effect of these anti-inflationary fiscal and monetary policies is that there is a downward pressure on the aggregate demand and the economy, as a result, slows down. At times, the slowdown may actually result in a recession—a period of negative, not just slower, economic growth. Once again, before the next election, the economy will need to be stimulated to put the people in an upbeat mood. These fluctuations are often called political business cycles.

FLUCTUATIONS IN EXPORTS AND
IMPORTS

As mentioned earlier, the difference between exports and imports is the net foreign demand for goods and services, also called net exports. Because net exports are a component of the aggregate demand in the economy, variations in exports and imports can lead to business fluctuations as well. There are many reasons for variations in exports and imports over time. Growth in the gross domestic product of an economy is the most important determinant of its demand for imported goods—as people's incomes grow, they want more goods and services, including goods produced abroad. The opposite holds when foreign economies are growing—growth in incomes in foreign countries also leads to an increased demand for imported goods by the residents of these countries. This in turn causes U.S. exports to grow. Net foreign demand for the U.S. goods and services has been negative for some years. However, because of the size of the U.S. economy, the net foreign demand is not considered a major source of business cycles. However, this is quite often a source of business cycles in export-dependent smaller economies.

VARIATIONS IN THE MONEY SUPPLY

We have alluded to the role monetary policy plays in business fluctuations in the context of political business cycles. However, many economists consider variations in the nation's money supply, independent of changes induced by political pressures, as an important source of business cycles. The Federal Reserve has been entrusted by Congress with the power to use monetary policy to stabilize the economy around full employment (with low and stable inflation). It is argued that the Federal Reserve, in its attempt to stabilize the economy, manipulates the money supply. However, the Federal Reserve, due in part to inadequate knowledge, is unable to successfully fine tune the economy. Policy mistakes ultimately become a major source of business fluctuations in the economy. Both the inflationary pressures of the 1970s and the recession of 1981-82 are attributed to variations in money supply.

CAN BUSINESS CYCLES BE ELIMINATED?

As mentioned at the beginning of this essay, business cycles have long been a part of the U.S. economy. After the Great Depression of the 1930s, it became apparent that the government should conduct macroeconomic policies to manipulate the level of aggregate demand and to stabilize the economy around full employment with price stability. One of the two macroeconomic policy instruments, fiscal policy, is conducted by Congress and the President. The conduct of the other instrument, monetary policy, is left to the independent federal institution, the Federal Reserve Bank. U.S. experience has shown that the burden of stabilizing the economy has fallen disproportionately on the Federal Reserve—fiscal policy is said to be slow to respond and less decisive due to political conflicts among policy makers. Despite many shortcomings and imperfections of monetary and fiscal policies, the evidence seems to suggest that they had an effect on moderating business cycles. While business fluctuations continue to exist in the U.S. economy, recessions in the post-Depression period have been relatively modest. While not all economists subscribe to the conclusion that macroeconomic policies have moderated business cycles, these policies continue to be used to this day for stabilizing the economy.