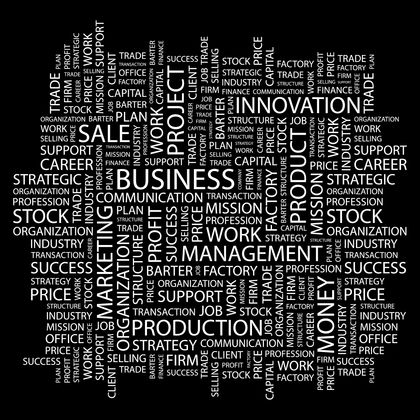 Capital structure describes how a corporation has organized its capital—how it obtains the financial resources with which it operates its business. Businesses adopt various capital structures to meet both internal needs for capital and external requirements for returns on shareholders investments. As shown on its balance sheet, a company's capitalization is constructed from three basic blocks:

It should be noted that companies may operate without funded debt or, more frequently, without any preferred stock. By the very nature of corporate structure, however, they must have common stock and the related stockholders' equity account—though, when the company fares badly, the equity can be a negative amount.

In arranging a company's financial structure, management normally aims for the lowest feasible cost of capital; whereas an investor seeks the greatest possible return. While these desires can conflict, they are not necessarily incompatible, especially with equity investors. The cost of capital can be kept low and the opportunity for return on common stockholders' equity can be enhanced through leverage—a high percentage of debt relative to common equity. But increased leverage carries with it increased risk. This is the inescapable trade off both management and investors must factor into their respective decisions.

The leverage provided by debt financing is further enhanced because the interest that corporations pay is a tax-deductible expense, whereas dividends to both preferred and common stockholders must be paid with after-tax dollars. Thus, it is argued, the lower net cost of bond interest helps accrue more value for the common.

But, of course, increased debt brings with it higher fixed costs that must be paid in good times and bad, and can severely limit a company's flexibility. The Financial Handbook, spells out four problems that tend to increase as leverage escalates: (1) a growing risk of bankruptcy; (2) lack of access to the capital markets during times of tight credit; (3) the need for management to concentrate on finances and raising additional capital at the expense of focusing on operations; (4) higher costs for whatever additional debt and preferred stock capital the company is able to raise. Aside from the unpleasantness involved, it is noted that each of these factors also entails tangible monetary costs.

Still, because of its tax advantages and stability relative to equity capital (common stock), some finance theorists have argued that higher proportions of debt capital may be advantageous to corporations. Their advice is not always heeded, however. Although periodically companies use debt to buy back common shares, a practice that can improve stock performance, most large companies rely heavily on equity financing.

The elusive "optimal" capital structure is that which minimizes the total cost of a corporation's capital. While complex mathematical formulas abound for devising varying capital structures and projecting potential returns under a vast number of scenarios, there is no proven way to arrive at an optimal structure except, to some extent, by hindsight. In practice, there are no fixed rules on what represents an ideal capitalization. In any case, an appropriate capitalization must depend greatly on the nature of the business, prevailing economic and financial conditions, and sundry other shifting factors.

There is a good body of research that suggests companies tend to employ debt under certain circumstances more than others. For example, a survey from the late 1980s reported that CFOs of major companies decided whether to use debt based on the nature and risks of the cash flows associated with the capital investment. Another mid-1990s study produced compatible findings. When diversifying into new lines of business, the study suggested, companies that are moving into related fields tend to use equity capital and those entering unrelated fields tend to use debt. Ownership structure is also an influence. Firms with a high degree of management ownership, for instance, are less likely to carry high levels of debt, as are corporations with significant institutional ownership.

Regulated utilities represent a special case. Agencies and organizations acting as consumer advocates regularly argue that utilities should be held to an optimal capitalization standard—optimal invariably meaning a heavy layer of debt so as to permit a higher percentage of profits to flow to the common, thus reducing the need for rate increases. Utility management in its turn warns of the danger of too much debt and the need for a stronger equity cushion—a structure that will require more revenues (i.e., higher rates) for the utility to earn its authorized rate of return.

In earlier days, a debt-free structure was often considered a sign of strength and many industrial companies that were able to finance their growth with an all-common capitalization prided themselves on their "clean balance sheet." Especially in the rapid expansion after World War II, however, the vast demand for capital and low interest rates—made even lower thanks to tax deductions—made debt financing increasingly attractive. Not only was the immediate demand on income relatively modest but since the interest requirement remained fixed, all future income growth financed by this debt capital would flow straight through to the common.

Benjamin Graham and David Dodd, often considered the fathers of modern security analysis and noted for their advocacy of prudent investing, long ago pointed to the advantages of a "sound" but not "excessive" amount of debt in the corporate structure. In confronting the "debt-free is best" argument, they shrewdly asked how one could advise a conservative investor to buy good-quality bonds if the very act of issuing bonds implied that "the company had taken a dangerous and unwise step?" Graham and Dodd recommended: "In most enterprises, a bond component no more than—[but] not too far below—the amount that careful financial institutions would be ready to lend … would probably be in the interest of the owners."

The leveraged buyout (LBO) stampede of the 1980s brought a new twist to the capitalization issue. Large corporations with conservative, low-debt capitalizations became especially vulnerable to capture. Corporate raiders with limited financial resources, had the ability to raise huge amounts of noninvestment-grade ("junk") debt to swing the deals. The captured companies could then be dismembered and stripped of cash holdings so the raiders could pay down their borrowings; in short, the prey's own assets were used to pay for its capture.

As a takeover defense, many potential targets began to assume heavy debt themselves, often to finance an internal buyout by its own management. Again, success would often depend on the successful sale of major assets.

The raiders make no apology for such actions. As described by Harvard professor Michael C. Jensen, they can purposely leverage the firm so highly (at times with current income insufficient to meet current interest requirements) so the company cannot continue to exist in its old form. But, he argued, this "generates benefits. It creates the crisis to motivate cuts in [low-return] expansion programs and the sale of those divisions which are more valuable outside the firm."

The problem with this theory, to some observers, is that it assumes any value tucked away by existing management is automatically fair game for distribution to stockholders—including those who move in for just that purpose—and makes no allowance for the company's long-term needs. As applied, the theory also made little distinction between good and bad management, but tended to brand the management of any targeted company as either inept or feathering-its-own-nest or both.

Whatever the merits of the opposing arguments, the flood of LBOs brought with it an essentially new type of security—the junk bond, a bond rated as noninvestment grade or speculative.

The position of junk bonds in a capital structure, from a legal and accounting standpoint, is clearly that of debt. It is usually subordinated to the claims of many other lenders, but ranks ahead of any equity holders. From the investor's standpoint, if the bond portion of the portfolio is intended to represent a relatively safe anchor, with a dependable return on well-protected principal, it is important to stick to investment grade issues. For those willing to assume (and able to recognize) the increased risk, a holding of junk bonds, preferably a well-diversified selection, can be justified as part of the more speculative part of the portfolio.