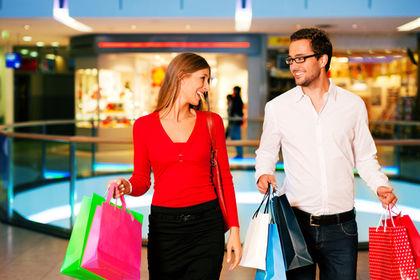 The term "consumerism" was originally used in reference to individuals acquiring goods and services for personal use. By the 1970s, however, the term had oftentimes come to be used pejoratively when "consumerism" for various reasons became identified with radical social and political activism and reform. While many consumer groups and organizations work to protect the consumer, it is not unheard of for activist groups to use consumerism to advance hidden political agendas.

Although the term consumerism did not become popular until the 1960s, legal and social protection of consumers goes far back into history. There are biblical references to merchants maintaining fair standards, as does Hammurabi's code. The ancient Romans had laws to protect consumers, and are known in consumer and business circles for the Latin phrase caveat emptor or "let the buyer beware."

Since the late 19th century in the United States, consumer protection was deemed to be a personal problem, i.e., something to be resolved by the involved parties and rather than the courts. Much of this attitude was due to the interpersonal nature of most consumer transactions. More often than not the purchaser knew the seller or the maker of the goods they purchased. Once the industrial revolution took hold in the United States and America's frontier kept moving westward, the nature of this relationship changed dramatically. The buyer and seller or manufacturer became increasingly separated by distance and intervening parties. The gunsmith no longer lived and worked down the lane and the gun was probably now made in Europe or an eastern state, bought originally by a wholesaler, and eventually sold through a mail-order catalog. By World War I manufacturers and large merchants' enterprises were employing increasingly sophisticated marketing techniques and, by virtue of their wealth, had more clout in the political and judicial system. The consumer's standing before the law, however, was still based on caveat emptor. This unequal playing field often relegated the consumer to exploitation and manipulation with little recourse.

Toward the end of the 19th century there were moves to protect the consumer, but only in relation to specific types of products. In 1883 the United States Department of Agriculture (USDA) began taking a close look at food additives and the advertising claims of patent medicines. These inquiries culminated with the passage of the Pure Food and Drug Act of 1906. In 1889 the national Consumer's Union was founded. And with the publication of Upton Sinclair's novel The Jungle, there was a public outcry against the unsanitary conditions of meat packing houses, but not against the plight of the people who worked there (Sinclair's original reason for writing the book).

Women were very active in the early consumer movement and have continued to be active throughout the 20th century. Early consumer issues affected women as homemakers and as mothers. Many of the early consumer concerns were over the safety of food, drugs, and household products. These items, of course, played an important role in the daily lives of women. As noted by Robert Mayer of the University of Utah, the first issue of Consumer Reports in 1936 contained articles on milk, breakfast foods, toilet soaps, stockings, toothbrushes, and lead content in toys.

Outside of legislation affecting particular products or industries the disparity between the consumer and manufacturers and merchants did not begin to even out until the creation of the Federal Trade Commission (FTC) in 1914. The FTC was originally created to enforce antitrust legislation but various court decisions soon gave the FTC jurisdiction over consumer matters. The courts ruled that since deceptive acts and practices in the marketplace had an adverse affect on competition, such activities fell under the jurisdiction of the FTC, which henceforth held authority over consumer related matters.

Women's role in the consumer movement also survived the advent of scientific product testing in the 1920s and 1930s, when the testing of consumer products took a technical bent and became more "male" directed. The products tested and reported on, however, continued to be largely household products bought and used by women.

After World War II, a pent-up demand for consumer goods and a booming economy issued in a new era of consumerism. Advertising became an issue again, but this time it was not the claims made for various products that aroused consumer ire but rather the subtle and manipulative ways in which ads manipulated consumers to make purchases. This was the theme of Vance Packard's 1957 best-seller The Hidden Persuaders. In 1962, President John F. Kennedy introduced the Consumer Bill of Rights and began revitalizing Progressive era (1900-1914) federal programs designed to protect the consumer. The Consumer Bill of Rights included a "Truth in Lending" and a "Truth in Packaging" law; it held that consumers had the right to be safe, to be informed, to choose, and to be heard. In 1965 Ralph Nader "masculinized" the consumer movement with the 1965 publication of Unsafe At Any Speed, a scathing critique of General Motor's Chevrolet Corvair. Thereafter consumerism became more and more involved with the reporting on and testing of traditional male oriented products such as lawn mowers and power tools.

President Johnson led the way for consumer efforts around the country by appointing Esther Peterson as the first special presidential assistant for consumer affairs. Peterson, according to Mayer, was a model of the non-confrontational approach that originally attracted women to the consumer movement in America. "These latter approaches (non-violence, cooperation, and compromise), exemplified by Esther Peterson, may be more consistent with the way women are socialized to deal with political conflict than the more violent and confrontational tactics of other social movements," he writes. The Consumer Product Safety Commission was created in 1973, and its primary mission is to protect the public from the risk of injury caused by consumer products. The idea of fair play and open and aboveboard treatment of consumers was extended into the financial realm with passage of the 1974 Fair Credit Reporting Act and the Equal Credit Opportunity Act. In rapid succession, each state and the District of Columbia established offices of consumer protection to deal with consumer problems on the state level.

Mirroring the political and social upheaval that began in the United States in the 1960s, the consumer movement had become more confrontational by the end of the 1970s. Terms such as "subversive," "left-wing," and "anti-business" were now being used to describe consumerism. Many of these new "consumer activists" were accused of having hidden political agendas that had little to do with product quality and product safety. By the late 1990s, however, a new consumer paradigm began taking shape. In a major speech on consumerism Alan Asher, Deputy Chairman of the Australia Competition and Consumer Commission, called for a less antagonistic relationship between business and the consumer movement. The old consumer paradigm, Asher said, was a rights based government intervention model that was to be applied whenever Adam Smith's "invisible hand" failed the consumer. Governments, however, now lack the funds and more increasingly the will to keep this model operating. The old model is gradually being replaced by a new one based on market oriented competition. The consumer movement, according to Asher, should strive to enhance competitiveness rather than promote government intervention and regulation as competition will increase self-regulation of global industries. This evolving self-regulation will be in the form of industry standards, codes of conduct, and consumer charters. The latter are documents that set forth the quality of standards and service that consumers can expect. Also growing in popularity are various independent dispute resolution schemes for dealing with complaints. Asher did not call for the dissolution of consumer protection laws that have been established since the 1960s but does feel that governments should do more to champion ethical traders. "The final objective of the consumer movement will always remain the same: to achieve and maximize consumer welfare from the marketplace," he concluded.

The major consumer issue in the opening decade of the next century will not be product quality or manufacturer accountability but rather information control. "How will the use and dispersion of confidential information currently being gathered and stored in large computer databases be handled?" is a question being asked more frequently. Computer databases hold personal, financial, and medical information on millions and millions of individuals. It is a large and looming privacy issue. How this personal and very private information is to be prevented from getting into the hands of people and organizations that shouldn't have it is a growing consumer concern. Some of this information is being used punitively (such as an employer gaining access to an employee's medical records) and some is being used more benignly (names and addresses being sold to a major mail order merchandisers).

This information can be divided into four types: financial, medical, consumer, and information relating to children. Federal Trade Commissioner David Medine is greatly concerned about the financial harm that befalls consumers because of "true name fraud" or "identity theft." "It is a nightmarish experience that can devastate lives," he told Money magazine. Identity theft entails a perpetrator gaining access to someone's financial and credit history, including Social Security number and mother's maiden name. The criminal then assumes the victim's identity, opens revolving charge accounts and credit cards in the victim's name and goes on a shopping spree. The proliferation of the Internet and various online services can make gathering information like this ridiculously easy.

A recent survey of 300 Fortune 500 companies found that 35 percent of them use personal medical information in making decisions related to hiring, promotions, and termination of employment. This information is often stored in computer databases of such organizations as the Medical Information Bureau, which maintains files on over 15 million Americans. The information is then provided to member insurance companies upon request. Personal medical information is maintained by managed care companies and may often be available to a wide range of health care workers. A patient's dermatologist may, for instance, be able to access to a patient's psychiatric files. Some employers also coerce HMOs and pharmaceutical benefit managers for medical records of employees.

Protecting consumer privacy requires keeping one's name off of mailing lists (which generally sell for $50.00-$125.00 per 1,000 names) or away from criminals. Marketing firms collect names from a variety of sources including new-product warranty cards, Internet shopping sites, and companies that sell products via 1-800 and 1-900 numbers. In one extreme case, responses to a marketing survey for a new bath soap were being processed by prison laborers who kept and used some of the respondent's names for nefarious purposes. Similarly companies gather information on children for marketing purposes as children under 18 spend more than $80 billion annually and persuade parents to spend another $160 billion. Marketing companies develop games, contests, and free merchandise offers specifically to gather names, addresses, and the sex and age of children. Information on children is also gathered from online sources. It is estimated that 4 million children under the age of 17 use the Internet annually, and close to 40 percent of the web sites in a recent survey asked young users to submit personal information. Another 24 percent use "cookies"—a feature that attaches itself to a hard drive and keeps a log of web site activity. Information gathered on children from these various sources is then sold to merchandisers and marketers.

Consumerism as an activity is certainly going to extend well into the 21st century. It will be driven by expanding market competition, growing consumer sophistication, and more readily available online information. The latter will also fuel concern over privacy issues because according to White House consumer affairs chief Leslie Byrne, "Americans still hold a very strong belief in the right to be left alone."