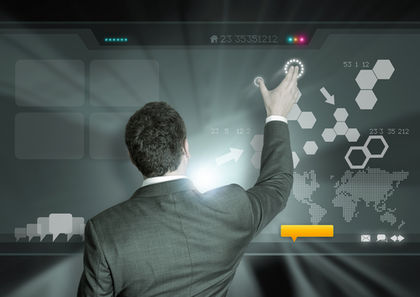 A cooperative is an enterprise in which individuals voluntarily organize to provide themselves and others with goods and services via democratic control and for mutually shared benefit. Members generally contribute to, and control via a democratic process, the cooperative's capital. Moreover, cooperatives often provide education and training to their members. Over the years the cooperative form has extended to credit unions, wholesale and/or retail consumer groups, residential organizations, producer enterprises, and marketing associations. In the late 1990s, some 470,000 cooperatives in the United States claimed over 100 million members (mostly individuals, but also some businesses) and provided nearly every type of good and service imaginable: from health care to housing, insurance to agriculture, and childcare to manufacturing.

Certain broadly defined economic advantages accompany each specific cooperative type. For example, members of a consumer cooperative are entitled to receive a patronage dividend. Distributed from net earnings, the amount of current dividends received per member is determined by the amount members spent on the cooperative's products since the last period's payout. Moreover, members working within the cooperative can qualify for substantial in-store merchandize discounts. For members of a residential cooperative, property-owning members function as stockholders and receive benefits from the cooperative nature of incurring maintenance and interest costs.

The International Cooperative Alliance (ICA), which includes a majority of nationally based producer cooperatives, defines cooperatives more narrowly. A firm's admission to the ICA requires internal governance procedures such as free and voluntary membership and a one member-one vote democratic administration. In particular, qualification requires adherence to a set of worker-control parameters. These cover participation in the firm's decision making (including management appointments), profit sharing, and employee ownership. Excluded from the ICA's definition are firms that incorporate some, but not all, of the above characteristics. For instance, firms that have employee stock ownership plans (ESOP) and/or profit-sharing programs without allowing for worker decision-making rights fail to qualify as cooperatives. Adherence to these and other relatively stringent rules is a condition for membership in the ICA.

The "modern cooperative era" began in 1844, when the Rochdale Equitable Pioneers Society was established in Rochdale, England. Its members documented the principles by which they would operate their food cooperative, implementing the central tenets around which cooperatives are structured today. Throughout the late 19th and early 20th centuries, cooperatives sprung up sporadically in America, particularly in times of economic hardship. In 1922, Congress passes the Capper-Volstead Act, allowing farmers to collectively market products without being held in violation of the nation's anti-trust laws. In the Depression years, Congress established various agencies to provide loans and assistance to cooperatives, including the Farm Credit Administration (1929), the National Credit Union Administration (1934), and the Rural Electrification Administration (1936). The National Cooperative Bank was established in 1978 under the National Consumer Cooperative Bank Act. The bank's central function is to stimulate economic growth and community development via an array of financial services for cooperatives.

Advocates of producer cooperatives claim numerous comparative advantages over what is generally referred to as a classical firm (CF). The proposed advantages extend to a host of theoretical issues. Many overlap the separate disciplines of labor economics, industrial management and organization theory, investment and finance, and property rights theory. Academicians have devoted significant amounts of research and analysis to such issues as (1) the absence of "shirking" by workers in producer cooperatives; (2) superior productivity rates that result from the extension of democratic principles into the cooperative workplace; (3) the lack of unnecessary supervision due to the "horizontal monitoring" performed by cooperative members; and (4) the pursuit of cooperative employment and output strategies that are less sensitive to business cycle fluctuations.

Still other cooperative advocates simply emphasize the overall psychological and social influence exerted by the set of worker-control parameters. These are thought to have a transformational quality that converts adversarial relationships common to most CFs into an atmosphere of cooperation. The logic of cooperative theory unfolds thusly: once worker members begin to identify their individual and collective efforts with their firm's enhanced performance, an atmosphere of cooperative problem solving takes root. As a result of this more communicative workplace, improvements in production methods result from an upward or horizontal flow of information originating from the shop floor. With heightened satisfaction spreading throughout its membership, lower worker turnover and absenteeism result and members build task-specific expertise.

Compared to CFs, producer cooperatives suffer from two interrelated investment disadvantages. Both are readily acknowledged by most cooperative proponents. The first concerns the problem of intra-firm finance or underinvestment. This tendency arises when the disparity between a worker member's expected profit share of income and what they could earn by investing outside the firm (say, at a bank rate of interest) becomes problematic. A second, and related, underinvestment point concerns the apprehension of nonmember financiers to lend to cooperatives. Since they must risk their funds within an organizational form where they have little control, outside financiers are reluctant to lend except on terms unfavorable to cooperatives. At the same time cooperative members are reluctant to borrow on terms exceeding the going interest rate and wary of relinquishing management control to outside parties who might not share a similar commitment to cooperative forms of organization.

THE NATURE OF COOPERATIVES

Cooperatives tend to attract a greater proportion of unskilled blue-collar workers and fewer white-collar and managerial workers than CFs. In large part, this may be attributable to the notion among many cooperatives that, in order for a truly functioning democratic structure to operate, traditional, specialized management positions should be de-emphasized because they place non-managers at a disadvantage regarding the development of skills and access to information necessary for decision-making capabilities. Rather, cooperatives, by comparative standards, emphasize the development of decision-making capacity for all its members. Indeed, one of the primary causes of a cooperatives' failures is tendency of workers to leave decisions to a small number of directors, which inevitable results in a more authoritarian structure and generates internal animosity.

On a more basic level, this pattern of drawing lower-skilled workers may be related to the common practice of distributing residual income (a rough equivalent of profit sharing) to cooperative employees, a procedure that is often formalized in the cooperative's bylaws. This amount might be a fixed percentage or may vary, and is distributed to workers as a "bonus" payment. Comparative data on wages for unskilled workers employed in cooperatives versus CFs indicate no significant difference. However, once bonus payments are factored in, earnings for blue-collar cooperative workers exceed their CF counterparts. (In many instances, though, this is simply the result of working longer hours.)

Income distribution within producer cooperatives is structured along egalitarian principles. Either peer pressure or cooperative bylaws see to it that, depending on their skill-level, members receive equal pay for equal work while differences in the number of hours worked are minimized. Most cooperatives institute income differential constraints. In terms of voting weight, and unlike a CF, the principle of one-person one-vote applies independent of member's percentage share of ownership.

Most producer cooperatives face the thorny problem of hiring nonmember workers. In most cases nonmember workers receive bonus payments, but since they do not own shares in the firm they are excluded from its participatory process, including distribution of profit shares. Unless accounted for in the bylaws, there are built-in incentives for cooperatives to increase the ratio of hired workers to share-owning members. Assuming that nonmember labor of equivalent quality can be hired as either an additional worker or to replace a departing member, then profit share paid out to all remaining members increases even when the new worker receives a bonus payment. Over time such behavior can lead to a cooperative's de facto transformation into a classical share-member/owner firm.

THE SPREAD OF COOPERATIVE IDEAS

The cooperative spirit has, indeed, caught on in various forms around the world, and has even risen to relative prominence amidst some dramatic historical moments. During the Spanish Civil War in the mid1930s, when much of the business community took flight from Francisco Franco's fascist forces, Spanish anarcho-syndicalists took control of the agricultural and industrial organizations in many Spanish cities, declaring these activities collectivized. While the movement was later crushed by force, it represents perhaps the most widespread societal implementation of cooperative values and principles.

Interestingly enough, by the late 20th century many, but not all, of the ideas and workplace advantages inherent in cooperative firms began to take root in traditional, non-cooperative workplaces. Indeed, these same ideas and organizational structures formed the substance guiding a majority consensus emergent within the industrial relations field. Though referred to as "labor-management cooperation," that term carried within it the essentials of cooperative thought. Under this rubric an attempt was made at transplanting the cooperatives' nonadversarial work environment into the CF workplace. Management found the cooperatives' lack of "rigid" job assignments and pay according to group or individual effort, rather than seniority, appealing. General Motors Corp. and the United Auto Workers have been operating under a form of labor-management cooperation since 1982.

question how do you finance cooperatives societies. thats only mw question anyway i thank you for giving information
2
lezel

hello, im a cooperative student . i just want to thank to the person who provides information above..it helps a lot..thanks:)