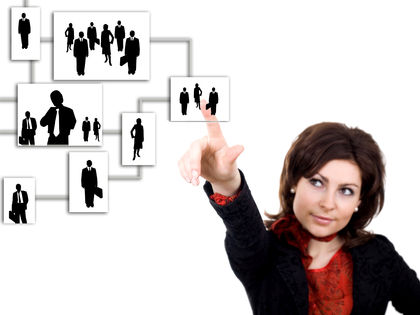 The term "corporate control" refers to the authority to make the decisions of a corporation regarding operations and strategic planning, including capital allocations, acquisitions and divestments, top personnel decisions, and major marketing, production, and financial decisions. This concept is frequently applied to publicly traded companies, which may be susceptible to changes in corporate control when large investors or other companies seek to wrest control from managers or other shareholders.

The notion of corporate control is similar to that of corporate governance; however, it is usually used in a narrower sense. Corporate control is concerned with who has—and, moreover, who exercises—the ultimate authority over significant corporate practices. Governance, by contrast, involves the broader interworkings of the day-to-day management, the board of directors, the shareholders at large, and other interested parties to formulate and implement corporate strategy.

Partnerships involving an owner responsible merely for providing capital and a manager responsible for running the business have been traced back to the 12th century. During the Industrial Revolution, however, a class of managers who held ultimate decision-making power in their companies—even though they owned a relatively negligible amount of stock—evolved. This concept of managerial control, made possible through a scattered and diverse ownership, had been established by the end of the 19th century, and was epitomized by railroad promoters who managed to control enterprises while putting up very little, if any, capital of their own. The ordinary stockholder is relatively powerless in this situation; thus, corporate control is quite distinct from corporate ownership.

Corporations can pass from owner control to management control in various ways. The early growth of large corporations is typically a period in which they are dominated by an entrepreneur who owns a controlling interest in the company's stock. This was typical of large firms in the United States in the beginning of the 20th century. In order to raise capital for expansion, the entrepreneur can sell off most of his holdings and use the authority of his position in the company to maintain control, as happened in many U.S. firms in the postwar years.

Firms can also be management-controlled from the beginning, by issuing widely dispersed shares such as those the railroad promoters succeeded in building in the 19th century. A company under the control of one group or family can also be taken over by management, as in the case of the retailer S.S. Kresge. The Kresge family owned a large minority (37 percent) of stock in 1964 and occupied several important positions. The company, however, expanded enormously under its hired managers, reducing the relative holdings of the family. By 1977, the management was able to win a symbolic vote to change the company's name to "Kmart."

The power to make decisions regarding a firm's operations and policies can be based on legal authority—i.e., ownership—or the power of one's position in the company. The government, competition, banks, and societal forces limit this power but do not make the decisions, except in industries that are regulated by the government or that are under the control of a financial institution.

Whether managers in a position of control act to further their interests or those of the owners is a point of potential conflict. The management entrenchment theory states that managers tend to run a company in ways that distance the board of directors, and thereby the shareholders, from many aspects of control. This may done subtlety, as when managers accumulate large stock holdings—a practice that is often assumed to better align management with shareholder interests.

The interests of owners are usually simply defined in terms of profit maximization. Those of management have been variously categorized on one hand as altruism, i.e., desiring the freedom to carry out policies that better serve the good of society than purely profit-seeking activities would, and on the other, as pure self-interest in lavish pensions, compensation, perquisites, and other "expense preferences" that are not related to firm performance. A bias towards growth over profits has also been speculated, based on the argument that with a larger organization, executives can justify larger salaries. Also, larger corporations have been perceived as being less vulnerable to takeover, although the leveraged buyouts and takeovers of the 1980s have proven that the Goliaths among corporations are not invincible.

Studies have found managers whose compensation is not as incentive based are more cautious in borrowing money for development, perhaps because they do not want to place their firms under greater control by financial institutions, or jeopardize their stability and reputation. Also, the larger the managers' own corporate holdings, the more aggressively they tend to borrow.

Shareholders have the legal right to remove managers who do not serve their interests. A number of factors, however (e.g., management control of proxy machinery), can make this difficult in large corporations. Often share ownership is so diffuse that it is hard to mobilize the shareholders, most of whom never exercise their right to vote, around any particular issue. Nonetheless, a "market for corporate control" has arisen when individuals or institutions buy up significant blocks of a single company's stock and then place demands on the management. Scholarly research suggests that such contests for control have indeed resulted in changing corporate policies and improving stock performance over time. When shareholder interests are compromised, inefficient managers may be susceptible to takeover bids caused by reduction in stock value.

One way management control is maintained is by controlling the composition of the board of directors, mostly composed of company officers, officers of important suppliers or financial institutions, or personal friends of management. The few outside directors, or directors who do not themselves hold offices in the corporation, are often unable to make informed decisions or suggest alternative courses of action due to their unfamiliarity with the company, or, in many cases, other responsibilities, such as serving on other boards, for example. Representatives of banks are often limited by legislation as to their involvement as directors.

Companies in the United States, and to a lesser degree in the United Kingdom, tend to be more attuned to—and controlled by—shareholder interests than those of management. Observers have attributed this trend, which began in the United States during the 1950s and accelerated in the 1980s and 1990s, to the powerful cadre of institutional investors seeking to influence corporate governance. Institutional investors like pension funds, mutual funds, and other pooled investment vehicles have amassed market clout as they have burgeoned in size. With such clout they have effectively influenced practices at the companies in which they invest. This phenomenon is due in large part to the U.S. practice of private (i.e., individual and corporate rather than government) retirement financing. In other leading countries, including Germany and Japan, retirement benefits tend to be nationalized, and thus institutional investors' power in those markets tends to be much less. As a result, corporate control outside the United States tends to be more managerial than owner-based.

To some observers in the 1990s, the contest for corporate control seemed poised on the brink of a new revolution in which corporate takeover battles would be more politicized. An example was Carl Icahn's hostile takeover of USX Corporation that ended with a negotiated solution involving input from many parties. Recognizing the increasing desire of investors to control corporate policy for short-term growth, some managers, such as at the former MCI Communications, now part of MCI WorldCom, Inc., have resorted to tracking stock ownership patterns with private detective firms in order to find sympathetic investors.