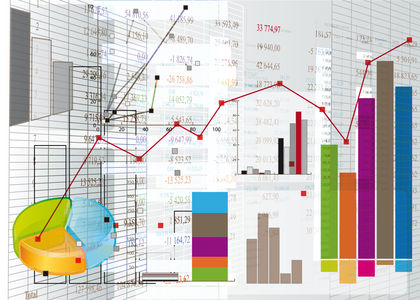 Also known as residual income, economic profit is a managerial accounting concept that considers how well a business is performing by, among other things, deducting the firm's capital costs from its profits. What is left is known as an economic profit, as opposed to the familiar accounting profit that appears on corporate income statements, and some believe this better suggests how well the company is using capital to build economic value. Managers, in turn, use this information to deploy corporate resources in ways that enhance economic value.

Economic value-based strategic planning techniques, which tie business level competitive strategies to the corporation's stock price, have achieved increasing recognition among financial managers. These models evaluate business strategies in terms of their ability to create value for the shareholders, and attempt to ensure that business-level competitive strategies are related to the fundamental objective of maximizing the return to the company's shareholders.

Interest in economic value creation is intertwined with a number of other popular management practices and trends related to competitive strategy and information technology. Specifically, improved access to detailed operational data has enabled corporate executives to focus on very precise value-related targets, be they cost reductions, new investments, or other resource allocation decisions. A supporting trend has been the popularity of so-called activity-based costing and activity-based management, which juxtapose the value of each step in a manufacturing or service process with its costs. This information, coupled with overall strategic objectives, allows companies to focus on activities that create the most value and, conversely, to avoid devoting inordinate amounts of resources to activities that produce little value. Such efforts are by no means synonymous with economic profit, but like it, they are concerned with maximizing returns on resources, and can in fact lead to greater economic profit.

However, there is no single definition of what constitutes economic profit or how it should be figured; for large corporations, in particular, it remains somewhat of an abstraction that cannot be computed as easily as, say, net income. Hence, there are competing theories on how best to measure economic profit. Perhaps the best known technique is Economic Value Added (EVA), which was developed by the consulting firm Stern Stewart & Co. Indeed, Stern Stewart has claimed a trademark on the acronym, prompting other agencies to devise new names like "economic value management" for essentially the same methods. According to the EVA approach, managers should be evaluated by the economic returns they generate for shareholders. Strategies that are expected to create the greatest sustainable competitive advantage are those that also generate the largest value for the firm's shareholders. Only investments providing positive economic returns should be undertaken. Positive economic returns are generated when the returns on an investment are greater than the market cost of capital. The market cost of capital reflects what the business could earn on an investment of similar risk.

Traditionally, the most popular methods of evaluating company performance have been through profitability measures such as earnings per share (EPS) and return on equity (ROE). These measures, however, can be misleading in that they are often poor indicators of shareholder value creation.

Accounting numbers can be manipulated to the detriment of the interests of shareholders since management has flexibility in how it records transactions. For example, several different ways exist to record sales and costs. The method employed can have a significant impact on the recognition of revenues and expenses, and therefore, the net income of the firm.

Accountants do not measure economic profits. Generally accepted accounting principles (GAAP) deduct only the interest on debt, but not the cost of equity capital in arriving at net income. Nevertheless, the right of shareholders to receive an economic return on their investment is as legitimate as a creditor's right to receive interest.

Risk is of central importance in calculating the economic value of assets. Assets seldom offer both high returns and safety. However, conventional accounting reports, such as income statements, fail to consider the level of business and financial risk associated with generating a given level of earnings. Therefore, accounting-based measures can be inaccurate measures of the financial performance of a company.

Finally, earnings-based measures fail to incorporate the ongoing investment requirements of a firm. As the business grows, there generally will be an associated growth in both working capital and fixed investment. For a business to remain competitive, these incremental working and fixed capital expenditures must be funded in a timely manner.

Economic profit measures recognize that a business must not only break even on an accounting basis but also have sufficient earnings to cover the cost of the capital used in financing its operations. The business unit is earning an economic profit only if it is generating a return on its capital that is greater than the firm's total cost of capital. Thus, the economic break-even point exceeds the accounting break-even point, which excludes capital costs.

Stern Stewart's EVA enables managers to look at the firm's business operations and determine whether they are becoming more or less valuable to their owners. EVA is computed by subtracting the total annual cost of capital (including both debt and equity) from after-tax operating profit calculated on an economic basis, or

where cost of capital is the weighted average percentage cost of debt and equity capital. The adjustment to operating profits involves shifting various costs and sometimes revenues to better portray their economic contributions. For instance, research and development (R&D) costs might be amortized to reflect their relation to ongoing activities. Total capital represents the money invested in long-term fixed assets (such as equipment and real estate) plus working capital, which consists of cash, inventories, and receivables. In addition, the money spent on R&D and on employee training is also defined as capital investment even though accounting rules classify them as expenses. Similar formulas are used to compute other varieties of economic profit.

The cost of debt capital is the yield to maturity on a firm's debt, adjusted to reflect its tax deductibility. Managers, however, find it quite difficult to estimate the cost of equity capital. One calculating method is to sum the dividend yield and the growth rate in dividends per share where the dividend yield equals the current dividend divided by the share price.

An alternative method used by some managers that determines the cost of equity is the capital asset pricing model (CAPM). The CAPM is based on the assumption that the greater the risk in holding a stock the greater must be its required return in the form of dividends and capital appreciation. The calculation begins with the long-term, risk-free rate of return on a U.S. government bond. To this figure is added the risk premium that depends on factors related to economic growth, inflation, and investors' attitudes toward stocks. Historically this premium has run about 7 percent a year. This risk premium is adjusted for the risk of owning a specific stock, and is called the "beta" of that stock. It measures the stock's volatility compared with the rest of the market. To obtain the cost of equity, we multiply the market risk premium by the beta and add the result to the market's risk-free rate. According to the CAPM, business units that are riskier than the overall market would command a higher risk premium, whereas divisions of less than average risk would employ a lower risk premium.

To pull all of these ideas together, consider the following example. Company X has an after-tax operating profit of $90 million (adjusted for economic costs) and net income of $30 million on revenues of $360 million. It relies on equity for 80 percent of its capital and debt for the remaining 20 percent. In the previous fiscal year, the average cost of equity financing was 14 percent and the average for debt was 8 percent (ignoring the tax considerations for the sake of simplicity). If the company figures its total capital is $750 million, economic profit (using the EVA model) would be determined as follows:

The average cost of capital would be obtained by taking the weighted average of debt and equity costs. Here, that would be the sum of (0.80 x 14) plus (0.20 x 8), yielding an average cost of 12.8 percent on all capital. This appears in the formula as

Thus, even though the company's nominal return on capital (net income divided by total capital) is a modest 4 percent and its net profit margin (net income divided by revenues) is a respectable 8.3 percent, on an economic basis Company X is not breaking even because its profits are not enough to recoup the total cost of capital.

If EVA or another economic profit measure is positive, the business operation is earning more than its cost of capital and thus creating value. If it is negative, however, the operation is destroying value.

Most firms that calculate economic profits also examine market value added (MVA). Market value added is the difference between the amount of capital investors have contributed to a company and the company's market capitalization. MVA indicates how well managers have increased the value of capital that investors have entrusted to them. If investors expect the business unit to continue to generate a positive economic profit, the operation will have a positive MVA.

To compute MVA, first add up the book value of the firm's liabilities and shareholders' equity. Then examine how the capital market evaluates the company by determining the value of its common stock and adding its debt. Then, MVA is calculated as:

Studies indicate that EVA and other economic profit indicators predict MVA far more reliably than traditional accounting measures such as return on equity and earnings per share growth. The techniques are winning wide acceptance in corporate America. Firms that employ EVA—including AT&T, Briggs & Stratton, Coca-Cola, CSX, and Quaker Oats—have often shown strong results, both in the financial markets and on their income statements. According to figures released by Stern Stewart, in the late 1990s some 300 large corporations worldwide used the EVA method specifically. A Stern Stewart study of 67 of these firms indicated that on average they delivered annual investment returns of nearly nine percentage points higher than competitors that did not use EVA.

Successful implementation of economic profit measures requires an explicit commitment on the part of senior executives to the goal of shareholder value creation. Business unit managers must be educated on the concepts of economic profit and MVA. The focus on shareholder value creation must be communicated to all levels of the organization. Instead of hoarding information at top levels of the organization and analyzing it sequentially, successful firms share information across the company. These companies decentralize decision making and ownership by providing incentives that link EVA and managerial compensation.