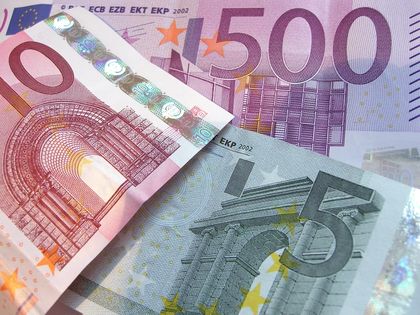 The gray market refers to those goods that are legitimately imported from abroad, carry a recognizable trademark or brand name, and are sold at significant discounts outside of the manufacturer's normal channels of distribution. The practice of gray marketing has affected a wide range of consumer and other products, including personal computers, automobiles, perfume, cameras, watches, film, and semiconductors. The profits of gray marketers are sensitive to international exchange rates, and they tend to thrive during times when the U.S. dollar is strong in relation to other world currencies.

While gray market goods are legally imported from abroad, the importer is typically not one of the manufacturer's authorized distributors. The importer, who may obtain the goods from the excess inventory of authorized dealers, then turns around and sells them at substantial discounts outside of the manufacturer's authorized distribution channels. Gray market goods are not counterfeit goods; their trademarks are genuine. Purchasing gray market goods can result in substantial savings for consumers, but the practice also has its risks. Consumer products such as automobiles that are manufactured outside of the United States may have been built to different specifications and with different materials. Imported gray market automobiles, for example, must be modified by Environmental Protection Agency-approved independent commercial importers to meet federal emission standards.

Gray marketers have been the target of litigation on the part of manufacturers for the past decade and longer. Even though court decisions have generally failed to outlaw the practice, a group of authorized distributors formed the Coalition to Preserve the Integrity of American Trademarks (Copiat) in 1984 to challenge gray marketing. That year an estimated $7 billion of discounted gray market goods entered the United States. Manufacturers argue that gray marketing undermines and discourages investment in legitimate distribution channels, especially in developing nations. They also believe that gray market goods have a negative impact on the value of established brand names—brands the manufacturers have invested a lot of money in to develop.

While gray marketing is not illegal in the United States and Canada, the European Union (EU) has banned gray market goods, or parallel imports, into the EU from non-EU countries. The EU ban prevents gray marketers from undercutting high EU prices for branded goods by importing them from cheaper markets. Under current EU laws, however, gray market goods imported from one EU-member country into another remain legal. Prior to the EU ban, some American manufacturers were successful in preventing gray marketing in some European countries based on the laws of those countries.

Picard, Jacques. "The Legality of International Gray Marketing: A Comparison of the Position in the United States, Canada, and the European Union." Canadian Business Law Journal, April 1996, 422-38.

"When Grey Is Good: The European Union Should Be Encouraging 'Grey' Imports, Not Banning Them." Economist, 22 August 1998, 17.

Yengst, Charles R. "The Wave Coming in This Direction Is Not El Nino, but Instead Gray Iron." Diesel Progress North American Edition, March 1998, 4.