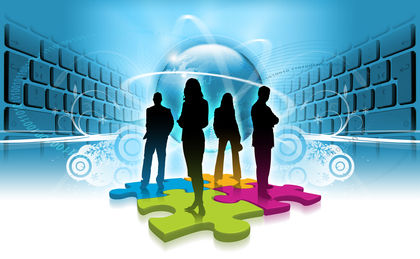 The Interstate Commerce Commission (ICC)—which was abolished in 1995 and replaced by the Surface Transportation Board—was established as an independent regulatory agency by the Interstate Commerce Act of 1887. The ICC was originally limited to regulating interstate commerce by railroad or by a combination of water and rail. Subsequent pieces of legislation serving to amend the original act broadened the regulatory powers of the ICC to include all surface transportation involved in interstate commerce and foreign commerce to the extent that it took place in the United States.

Surface transportation regulated by the ICC eventually included railroads, trucking, buses, freight forwarders, water carriers, transportation brokers, and those pipelines that were not regulated by the Federal Energy Regulatory Commission. Since there were various exemptions from ICC regulations, in practice the ICC regulated approximately one-third of all interstate trucking operations and only about one-tenth of interstate water carrier operations. Exemptions applied to such areas as water transportation of products in bulk, school buses, hotel buses, national park buses, taxicabs, newspaper distribution vehicles, and vehicles incidental to air transportation.

While most legislation passed from 1903 to the early 1970s served to strengthen the ICC's authority and broaden its areas of jurisdiction, the Railroad Revitalization and Regulatory Reform Act of 1976 and subsequent legislation served to provide for less regulation over carrier rates and practices. Responding to concerns of the railroad industry over the effect of ICC regulations on competitiveness, the Staggers Rail Act of 1980 eliminated many of the regulatory requirements of the ICC for railroads.

That same year the Motor Carrier Act reduced the ICC's regulatory authority over the trucking industry, which the ICC had regulated since long-distance trucking began to compete with railroads in the 1930s. As a result the ICC no longer had as much control over such areas as entry into the trucking business, routes served, and commodities carried. Since part of the trucking industry was concerned about the negative impact of such deregulation, the law provided for phasing in regulatory changes gradually and formally reviewing the impacts of those changes. Other legislation in the 1980s provided for similar regulatory reforms affecting bus lines and surface freight forwarders.

ICC regulations encompassed transportation economics, transportation service, and consumer protection. In the area of transportation economics the ICC had regulatory power over rates and charges among regulated carriers, shippers, receivers of freight, and passengers, among others. It set standards for reasonable rates and in its final years was concerned with the practice of undercharging. It also had approval power over proposed mergers and acquisitions and sales of regulated carriers. It administered laws, prescribed accounting rules, and awarded reparations relating to railroad bankruptcy. In addition it had jurisdiction over a range of matters concerning railroad equipment.

During the Carter administration the ICC's power to set rates was taken away, a power that dated back to the administration of Theodore Roosevelt. During the 1980s the Reagan administration attempted to abolish the ICC, without success. Subsequently, President Bill Clinton, in his 1995 State of the Union speech, mentioned the ICC as an agency that should be eliminated. This time the goal was accomplished, by means of the Interstate Commerce Commission Termination Act of 1995 (ICCTA), which abolished the ICC effective December 31, 1995.

The passing of the ICC into history, however, did not mean that railroads and motor carriers were completely deregulated. The ICCTA created the Surface Transportation Board (STB) as part of the U.S. Department of Transportation to replace the ICC and take care of the loose ends of rail and motor-carrier regulation.

The STB is a three-member panel whose first appointees were the last ICC commissioners. Its principal responsibilities are concerned with mergers, consolidations, and trackage rights in the railroad industry. It also has regulatory power over a company's ability to enter or leave the railroad business. New railroads require an STB certificate, with approval based on the public interest. Line sales also fall within the STB's jurisdiction, with approvals based on public convenience and necessity.

The STB also inherited the ICC's power to approve or reject abandonment of a rail line. Using the "public convenience and necessity" standard, the STB may require the abandoning carrier to sell the line for other public purposes if continued rail use is not required. The STB may also reject the request to abandon a line and require the carrier to accept financial assistance for its continued operation, again based on public convenience and necessity. Thus, railroad companies do not have the freedom to enter and leave markets at will.

In the area of mergers and consolidations, the ICCTA granted the STB authority to approve or reject proposed mergers in the railroad industry. If the rail-road industry were completely deregulated, then such power would vest in the U.S. Department of Justice under provisions of antitrust legislation. The ICCTA, however, gave that power to the STB, which in its first years of existence approved the Union Pacific take-over of Southern Pacific as well as the plan by CSX and Norfolk Southern to acquire and divide up Conrail.

By the time the ICC was abolished, federal regulation of motor carrier rates was practically nonexistent. Following the ICCTA, motor carriers were subject to common law rather than federal regulation. Motor carriers, however, still had to register and obtain operating authority from the new Section of Licensing in the Federal Highway Administration of the Department of Transportation. The ICCTA also reclassified surface freight forwarders as motor carriers, placing them under the jurisdiction of the Department of Transportation.

Best, Samuel, and others. "Terminating the Oldest Living Regulator: The Death of the Interstate Commerce Commission." International Journal of Public Administration, December 1997, 2067-96.