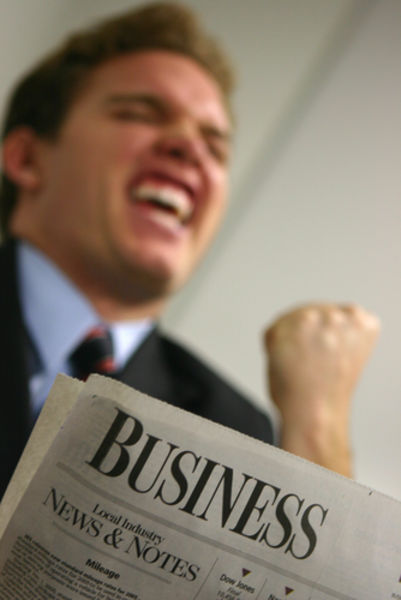 The centuries-old doctrine known as laissez-faire is a government policy of economic (an(I social) nonintervention and is a cornerstone of capitalist economic philosophy. Phrases like "rugged individualism," "free trade," "market economics," "free enterprise," and "free competition" reflect a posture of laissez-faire, as does Thomas Jefferson's observation that "the least governed are the best governed."

While sources translate the term laissez-faire variously—as "allow to do," "leave it alone," "let things alone," and "let go and let pass," among other things—most agree that the expression originated with a 17th century French merchant, François Legendre, who was protesting his government's overregulation of commerce and industry. Subsequently, a group of late 18th century French economists known as the Physiocrats developed and popularized laissez-faire as a principle.

In essence, the Physiocrats believed that the laws of nature, and not of governments, would foster economic and social prosperity. Their efforts and formulations represented a reaction against the widespread practice of mercantilism, a system in which the state exerts significant controls over industry and commerce, particularly foreign trade. Pervading much of Western Europe from the 17th to the 19th centuries, mercantilism manifested itself in the form of a host of navigation laws, tariffs, and other measures constraining merchants' activities.

The concept of laissez-faire was further boosted in the 18th century when the Scottish economist Adam Smith (1723-1790), often called the "father of modern economics," published The Wealth of Nations in 1776. In this pathbreaking volume Smith advocated a free enterprise system that was grounded in private ownership, driven by individual initiative, and unencumbered by governmental bureaucracy. In the same work, Smith argued that the "invisible hand" of naturally arising competition would monitor and regulate individual enterprise far more effectively than governmental restrictions would; he, like the Physiocrats, believed in a natural harmony that, if allowed to operate free of institutional restraints, would lead to a beneficent economy and promote the welfare of individuals and communities alike.

As a formal and widely accepted economic and political doctrine, laissez-faire came into full flower during the 19th century, especially in the United Kingdom, where it served to embody the ideas propounded by the English classical school of economists. In his 1828 work Principles of Political Economy, the British economist and political philosopher John Stuart Mill (1806-1873) argued vigorously for a society ruled by natural law. Espousing the individual's right to be free of governmental interference in economic pursuits, Mill asserted that "laissez faire … should be the general practice: every departure from it, unless required by some great good, is a certain evil."

During the 20th century, especially in the wake of the Industrial Revolution, laissez-faire lost much of its force, giving way to policies and philosophies favoring collective action, as evidenced by the growth of trade associations and trade unions. With the rise of big business, state controls were increasingly seen as a way of breaking up monopolies, advancing international trade, and promoting "the good of all." Resulting from these developments was a multitude of antitrust and other legislation, as well as numerous government policies and regulations addressing such issues as worker safety, the environment, and employment discrimination. While President Ronald Reagan and others initiated a variety of deregulatory actions in the latter part of the 20th century, laissez-faire became just one of several doctrines influencing western economic thought.

In practical terms, it should be noted that although laissez-faire endorses a "hands-off' economic and political posture on the part of government, few economists past or present have embraced the doctrine in a literal sense. Rather, most have supported some form of governmental involvement to promote and safeguard the nation's welfare. Adam Smith, for example, conceded the importance of government's role in protecting certain home industries against encroachment by foreign competitors and in maintaining a system of national defense. Similarly, many of the British classical economists favored government's involvement in such areas as child labor legislation. Other economists have endorsed a primary role for government in spheres ranging from sanitation to education, and from public utilities to national transportation networks.

Laissez-faire remains a part of the modern economic lexicon, but to some it has a negative connotation, conjuring images of industrial barons exploiting ordinary people. Even when it's not used by name, the general theory behind laissez-faire is still widely accepted by many economists, policy analysts, and politicians. Evidence of laissez-faire principles may be observed in such international trade pacts as the North American Free Trade Agreement and the General Agreement on Tariffs and Trade, as well as in national governments' recent deregulation programs in sectors like telecommunications and utilities.

Smith, Adam. An Inquiry into the Nature and Causes of the Wealth of Nations. New York: Oxford University Press, 1998.