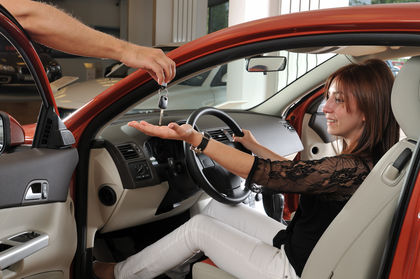 A lease is a form of financing under which the owner of an asset (the lessor) temporarily transfers the right to use, and sometimes other ownership rights and obligations, of an asset to another party (the lessee). The lessor typically makes the lease for a specified time in return for a lump sum or periodic rental payments from the lessee.

The basic concept of leasing dates back to at least 1800 B.C., when the Babylonian king Hammurabi described the transaction in his Code of laws, stating that use—rather than ownership—of equipment is what produces wealth. Leasing has been employed for centuries in different forms and for different applications, but by the early 1990s it was confined primarily to real estate rentals, although leasing was also used to finance other expensive assets such as cars and farm equipment.

As a result of several factors, including tax code changes and improved efficiency in the financial markets, leasing became a common financing tool after 1950. By the mid-1990s people and companies were leasing everything from airplanes and oil rigs to televisions and office furniture. In fact, in the United States leasing was the most common way to finance plant and equipment for manufacturing companies, and it was being used in a growing number of consumer purchases.

The chief advantage to leasing is that it provides an alternative to ownership. The party that leases also benefits from not having its resources invested in equipment. Indeed, many companies that lease equipment do so because they believe higher productivity and profits are derived from productive use of equipment, rather than its ownership. A trucking company, for example, might benefit from investing its limited resources in marketing or inventory tracking operations instead of in trucks. Similarly, an individual who leases a car may believe that her money would provide a better return invested in stocks. In turn, companies that lease equipment to others believe that they can do a better job of buying, financing, servicing, and selling equipment than their customers.

But there are also numerous logistical motivations behind leasing. A company that leases an office machine, for example, avoids the risk of investing its resources in an asset that may soon become technologically obsolete. The company may also benefit from having access to the machine for only a short time, to complete a big project for example, without having to invest larger sums in the equipment and soon after dispose of it. In addition, companies can reduce their apparent debt burden by leasing. Finally, for individuals who cannot afford to buy or who are unable to obtain loans for consumer goods such as furniture, leasing provides an important financing alternative.

Importantly, lessees also benefit from a number of tax advantages. A firm that leases equipment or real estate, for example, will be able to deduct its lease payments from its taxable income immediately rather than deducting the cost of purchasing equipment as depreciation over time.

Lessors also benefit in several ways. Compared to lessees, they are often able to acquire equipment at a low cost, liquidate it efficiently, and obtain acceptable financing terms. These advantages result from various economies of scale, such as increased buying power with sellers of equipment. Lessors are also better positioned to take advantage of certain tax laws, such as depreciation allowances and investment tax credits.

The two primary types of leases are financial leases (also known as capital leases) and operating leases. Financial leasing companies essentially sell equipment to their customers. The lessee typically rents the item for its entire useful life, or agrees to eventually pay for and own the item through a lease-to-own arrangement. The agreement effectively involves transfer of ownership to the lessee, who cannot cancel the lease without penalty. The payments typically amortize most of the economic value of the asset. Most financial leases are net leases, meaning that the lessee is responsible for maintaining and insuring the asset and paying all property taxes. Financial leases are often used for heavy capital equipment such as airplanes and earthmoving machines, as well as for consumer items such as furniture and electronics.

In contrast, operating leases, or service leases, mimic short-term loans. Lessors typically rent an item more than once during its useful life, and lessees do not commit to purchase the equipment in the lease. Unlike a financial leasing arrangement, a lessee usually can cancel an operating lease, given some minimum notification, without a major penalty. Furthermore, the lessor is usually responsible for maintenance, insurance, and taxes related to the asset. Motor vehicles are often leased under operating leases, as are computers, copiers, and other office machines.

Several types of leases, each of which combine different financial and tax advantages, are actually hybrids of financial and operating leases. The dollar-out lease and the bargain lease, for example, both give the user the option of acquiring the equipment for a negligible or undetermined amount at the end of the lease. Among the most popular hybrid leases is the sale-and-leaseback, whereby a company sells its own assets and then leases them back from the buyer. Sale-and-leasebacks are most commonly used to finance the use of real estate. The seller/lessor benefits from an infusion of cash, and may also enjoy certain tax advantages.

Lessors generally come in one of four varieties:

Within these categories, many lessors target particular markets, such as the small business market, the medical equipment market, and so forth. Leasing veterans recommend that businesses obtain quotes from at least five different providers. Since there are a host of terms and financing options available—as well as competitors in the leasing business—many companies are able to bargain with lessors rather than accepting the first offer.

As of the late 1990s, industry estimates placed the annual value of equipment leasing in the United States at some $180 billion. As much as 80 percent of all businesses lease some kind of equipment, and overall a little less than a third of all business equipment (in value) is reportedly leased. Some of the most popular leased items for businesses are transportation equipment, office machines (especially computers), and general manufacturing/industrial equipment.

Parra, Elizabeth V. "How to Avoid Some of the Biggest Traps in Leasing." Business Credit, September 1998.