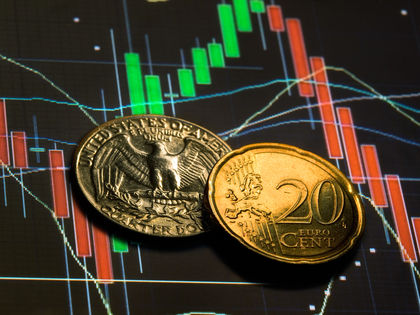 In physics, leverage denotes the use of a lever and a small amount of force to lift a heavy object. Likewise in business, leverage refers to the use of a relatively small investment or a small amount of debt to achieve greater profits. That is, leverage is the use of assets and liabilities to boost profits while balancing the risks involved. There are two types of leverage, operating and financial. Operating leverage refers to the use of fixed costs in a company's earnings stream to magnify operating profits. Financial leverage, on the other hand, results from the use of debt and preferred stock to increase stockholder earnings. Although both types of leverage involve a certain amount of risk, they can bring about significant benefits with little investment when successfully implemented.

Operating leverage is the extent to which a firm uses fixed costs in producing its goods or offering its services. Fixed costs include advertising expenses, administrative costs, equipment and technology, depreciation, and taxes, but not interest on debt, which is part of financial leverage. By using fixed production costs, a company can increase its profits. If a company has a large percentage of fixed costs, it has a high degree of operating leverage. Automated and high-tech companies, utility companies, and airlines generally have high degrees of operating leverage.

As an illustration of operating leverage, assume two firms, A and B, produce and sell widgets. Firm A uses a highly automated production process with robotic machines, whereas firm B assembles the widgets using primarily semiskilled labor. Table 1 shows both firm's operating cost structures.

Firm A has a higher amount of operating leverage because of its higher fixed costs, but firm A also has a higher breakeven point—the point at which total costs equal total sales. Nevertheless, a change of I percent in sales causes more than a I percent change in operating profits for firm A, but not for firm B. The "degree of operating leverage" measures this effect. The following simplified equation demonstrates the type of equation used to compute the degree of operating leverage, although to calculate this figure the equation would require several additional factors such as the quantity produced, variable cost per unit, and the price per unit, which are used to determine changes in profits and sales:

Firm A is leveraged and uses some debt to finance its assets, which can increase earnings per share but also risk. Table 3 shows the results of financial leverage on the firm's earnings.

Companies with significant amounts of debt in contrast with their assets are referred to as being highly leveraged and their shareholder earnings are more unpredictable than those for companies with less debt. Lenders and financial analysts often measure a company's degree of financial leverage using the ratio of interest payments to operating profit.

From the perspective of shareholders, financing using debt is the riskiest, because companies must make interest and principal payments on debt as part of their contract with their lenders, but they need not pay preferred stock dividends if their earnings are low. Nevertheless, financing with preferred stock will have the same kind of leveraging effect as debt financing as illustrated above.

Firms that use financial leverage run the risk that their operating income will be insufficient to cover the fixed charges on debt and/or preferred stock financing. Financial leverage can become especially burdensome during an economic downturn. Even if a company has sufficient earnings to cover its fixed financial costs, its returns could be decreased during economically difficult times due to shareholders' residual claims to dividends.

Total risk can be divided into two parts: business risk and financial risk. Business risk refers to the stability of a company's assets if it uses no debt or preferred stock financing. Business risk stems from the unpredictable nature of doing business, i.e., the unpredictability of consumer demand for products and services. As a result, it also involves the uncertainty of long-term profitability. When a company uses debt or preferred stock financing, additional risk—financial risk—is placed on the company's common shareholders. They demand a higher expected return for assuming this additional risk, which in turn, raises a company's costs. Consequently, companies with high degrees of business risk tend to be financed with relatively low amounts of debt. The opposite also holds: companies with low amounts of business risk can afford to use more debt financing while keeping total risk at tolerable levels. Moreover, using debt as leverage is a successful tool during periods of inflation. Debt fails, however, to provide leverage during periods of deflation, such as the period during the late 1990s brought on by the Asian financial crisis.

Dugan, Michael T., and Keith A. Shriver. "An Empirical Comparison of Alternative Methods for Estimating the Degree of Operating Leverage." Financial Review, May 1992, 309-21.

Tweets by LechMazur
Also read article about Leverage from Wikipedia

it lacks substance and is low in content.i reserve to comment the specific areas in the article poorly covered to some time later.