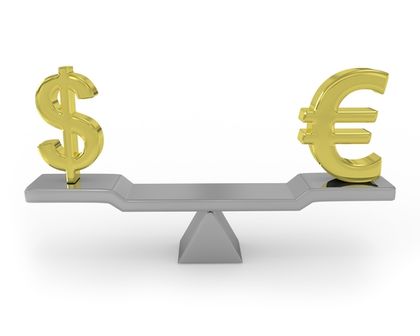 The matching concept is an accounting principle that requires the identification and recording of expenses associated with revenue earned and recognized during the same accounting period. Accordingly, under the matching concept the expenses of a particular accounting period are the costs of the assets used to earn the revenue that is recognized in that period. It follows, therefore, that when expenses in a period are matched with the revenues generated for the same period, the result is the net income or loss for that period.

While in everyday vernacular, the terms "cost," "expenditure," and "expense" are used almost interchangeably; in discussing accounting principles, these terms have distinctly different meanings. A cost is the amount of money, or other resources, used for a specific purpose. When a cost is incurred, it is associated with an expenditure; expenditures can either result in the decrease of an asset, such as cash, or the increase of a liability, such as accounts payable. Thus, expenditures result in either assets or expenses. If the expenditure will benefit future periods, such as the purchase of office equipment, it is an asset. If it will benefit the current period, such as the purchase of supplies needed to fill immediate manufacturing needs, it is an expense of that period. Logically, then, it follows that an expense is a cost item that is specifically applicable to the current accounting period used during that period to earn revenue.

Oftentimes, when deciding which revenues and expenses to match in a given accounting period, accountants have a difficult time recognizing which revenues and expenses are certain for that period. Like many people, accountants and other business professionals tend to be overly optimistic concerning the revenues that their companies generate but tend to be more realistic concerning the associated expenses. Thus, certain accounting principles have been developed to offset the tendency toward optimism. These principles recognize that increases in reported net income require stronger proof than do increases in expenses. Therefore, when deciding which expenses and revenues to acknowledge during a given accounting period, accountants are supposed to apply the conservatism concept. This concept has two conditions associated with it—firms can recognize expenses as soon as they are reasonably possible, and firms can recognize revenues as soon as they are reasonably certain.

Usually, a company applies the matching concept by being reasonably certain which items will generate revenue and matching them with any possible expenses for those items. To illustrate, if a company produces an item costing $100 that it later sells for $150, the company must decide the accounting period in which it is reasonably certain to receive the $150. When this is decided, the company must match the $100 cost with the $150 revenue as an expense, resulting in $50 income from sales. Interestingly, not all companies take these steps in the same order; sometimes expenses are first identified and later revenues are matched to them.

The best matching of revenues and expenses occurs under the accrual basis of accounting. Under the accrual basis, revenue (as well as expenses, and other changes in assets, liabilities, and equity) is generally recognized in the period in which the economic event takes place, usually at the point of sale—not when the cash actually changes hands. Revenue recognition occurs at this time because the earnings process is complete and there is evidence supporting the sale price. Earnings, however, can be identified at other times, such as during an item's production, at the end of an item's production but prior to its sale, or when the money is collected, as with payments made on installments. Costs are recognized as expenses in a particular period if (1) there is a direct association between costs and revenues for the period or (2) the costs cannot be assigned to the generation of revenues of any period in the future.

The recognition of revenues and expenses can become more complicated, however, because companies often spend money or assume liabilities for non-monetary assets affecting more than one accounting period. Examples of transactions affecting more than one period are: (1) supplies purchased in a prior accounting period but used for several later periods; (2) insurance premiums paid that cover more than one period; (3) buildings and equipment; and (4) expenses—such as salaries—paid after a service has been rendered. Initially, these expenses are recorded at their original amounts, which represents the future benefit that the company anticipates receiving from these items. As they are used, the related costs must be matched against the revenues earned for the particular period. For example, for equipment and buildings, accountants gradually expense the costs of these assets over their estimated service life, a concept known as depreciation.

In accounting, adjusting entries are completed at the end of the accounting period to update the accounts for internal business transactions. Adjusting entries are commonly used to effect the matching of revenues and expenses. For example, the amount of materials used during a particular accounting period would be recorded by an adjusting entry at the end of each period. Expenditures made in the current period for assets not yet used would be recorded as assets and included in the current period's balance sheet, not recorded as expenses in the current period. As the assets are used, the related costs would be matched against revenues for that period by making an adjusting entry at the end of that period. If a company fails to make these adjustments at the proper time, the net income and assets of the company could be dramatically overstated.

As businesses have gotten more complex because of globalization, creative sales, and customer financing techniques, the proper period in which to recognize revenue has become less clear. Because, under the matching concept, the recognition of revenue triggers the recognition of the related expenses, this can have serious effects on a company's financial statements.

As a result, in recent years, there has been a dramatic increase in the number of companies restating prior years' earnings. In most instances, this has been prompted by the discovery that the original timing of the recognition of revenues and, therefore, the related expenses (the matching concept!) had been in error.