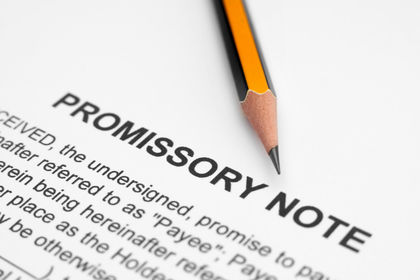 The money market is the arena in which financial, nonfinancial, and banking institutions make available to a broad range of creditors, borrowers and investors, the opportunity to buy and sell, on a wholesale basis, large volumes of bills, notes, and other forms of short-term credit. A typical money market instrument is worth $1 million or more. These instruments have maturities ranging from one day to one year (the average is less than three months) and are extremely liquid. Consequently, they are considered to be near-cash equivalents—indeed, even part of the money supply by some definitions—hence the name money market instruments.

Money markets exist to facilitate efficient transfer of short-term funds between holders and borrowers of cash assets. For the lender/investor, the market provides a modest rate of return on funds that are not being used presently, but cannot be tied up in less liquid or less certain investments. For the borrower, the money market enables rapid and relatively inexpensive acquisition of cash to cover short-term liabilities.

Major categories of money market instruments include the following:

Federal funds are short-term loans, mostly overnight, exchanged between banks that have reserve accounts in the Federal Reserve system. The Federal Reserve is not the source of the funds, but its regional banks provide the infrastructure for this market. A federal funds loan is generally arranged in one of two ways: (1) a wire transfer over the Fedwire system from the lending bank's account to the borrowing bank's account, or (2) when the two banks have a respondent/correspondent relationship, a respondent bank can allow the correspondent bank to temporarily reclassify the former's deposits as a federal funds purchase on the books. A broker may also mediate a federal funds transaction by linking a borrower and a lender for a commission. Federal funds borrowing pays interest at a market-determined federal funds rate, although the rate is closely influenced by Federal Reserve monetary policy.

Repurchase agreements, also known as repos or RPs, are somewhat more complex transactions that involve selling one or more securities, typically Treasury instruments, to receive short-term cash, but with an agreement to buy them back at a specified time and price. In effect, repos function like special-purpose collateralized loans between institutions. Most repos (they may be called reverse repos depending on which party's perspective is considered) last only overnight or for several days, but they may extend for up to six months. Interest paid to the cash lender under a repo is determined by a number of general market conditions, but in general the rate is somewhat lower than the federal funds rate.

Certificates of deposit (CDs) are certificates issued by a federally chartered bank against deposited funds that earn a specified return for a definite period of time. Large denomination (jumbo) CDs of $100,000 or more are generally negotiable and pay higher interest than smaller denominations. However, such certificates are insured by the FDIC only up to $100,000. A Yankee CD is a CD issued by domestic branches of foreign banks. Eurodollar CDs are negotiable certificates issued against U.S. dollar obligations in a foreign branch of a domestic bank.

Brokerage firms have a nationwide pool of bank CDs and receive a fee for selling them. Since brokers deal in large sums, brokered CDs generally pay higher interest rates and offer greater liquidity than CDs purchased directly from a bank, since brokers maintain an active secondary market in CDs.

Commercial paper (CP) refers to unsecured short-term promissory notes issued by financial and nonfinancial corporations. CP has maturities of up to 270 days (the maximum allowed without SEC registration requirement), but more often it expires within 30 days. Dollar volume for CP exceeds the amount of any money market instrument other than U.S. Treasury bills.

CP is typically issued by large, credit-worthy corporations with unused lines of bank credit and, therefore, carries low default risk. As of year-end 1998, more than 77 percent of commercial paper in the United States was issued by domestic financial institutions, mostly nonbank financial companies (although some banks also participate). Approximately one-sixth was issued by domestic nonfinancial companies, and the remainder came from foreign companies, both financial and nonfinancial.

Standard & Poor's and Moody's provide risk ratings on various issues of commercial paper. The highest ratings are Al and P(Prime)1, respectively. A2 and P2 paper is considered high quality, but usually indicates that the issuing corporation is smaller or more debt burdened than Al and P1 companies. Issuers earning the lowest ratings find few willing investors.

Commercial paper can be issued directly by the company to creditors, using internal transactors or a bank as an agent. The bank assumes no principal position and is in no way obligated with respect to repayment of the CP. Companies may also sell CP through dealers who charge a fee and arrange for the transfer of the funds from the lender to the borrower.

Bankers acceptances are generally used to finance foreign trade. A buyer's promise to pay a specific amount of money at a fixed or determinable future time (usually less than 180 days) is issued to a seller. A bank then guarantees or "accepts" this promise in exchange for a claim on the goods as collateral. The seller may obtain immediate cash in lieu of future payment by selling the acceptance at a discount.

While money market instruments themselves are usually available only to corporations or other institutions, smaller investors can participate indirectly by buying shares of money market funds. These are mutual funds that pool investors' resources to create a portfolio of money market instruments. Hence, they are highly liquid mutual funds (i.e., investors can get in and out easily without worry of taking a loss) that generally do not appreciate or depreciate very much, but maintain the value of an investor's principal as well as paying a small interest fee. The typical fund holds its share price close to $1 at all times, and some—particularly those geared toward institutions—have minimum investment requirements. Both taxable and tax-exempt money market funds are available, with the latter holding mostly state and municipal securities. Money market funds are often used as temporary holding accounts for funds that are in between investments, such as for uninvested cash on hand in a stock brokerage account, or as interestbearing checking accounts. In the late 1990s more than $1 trillion was held in U.S. money market funds.

Active trading in money market futures and options occurs on a number of commodity exchanges. These contracts function like any other futures or options contract, only the underlying security is one or more money market instruments. Investors, hedgers, and speculators can either buy or sell options or futures based on the direction they believe the market will take over a specified period. Futures contracts require the initiating party to reconcile or offset the transaction when the contract expires (or typically sooner), whereas options give the party the right, but no obligation, to do so. Some of the most common money market futures contracts are traded on threemonth Treasury bills, three-month Eurodollars, and short term interest rates.