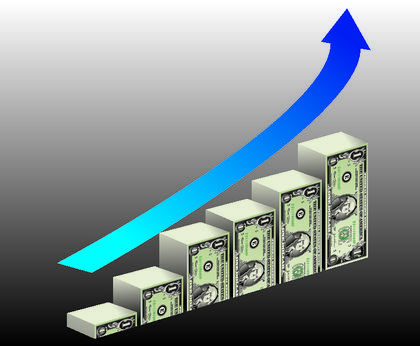 Although other types exist as discussed below, overhead expenses can be easily explained in terms of indirect manufacturing costs-that is, costs not associated with direct materials or direct labor. Overhead expenses—also called indirect manufacturing costs and factory overhead—encompass three general kinds of costs: those for indirect materials, indirect labor, and all other miscellaneous production expenses such as taxes, insurance, depreciation, supplies, utilities, and repairs. Direct material expenses are those for materials that become part of the finished product. For example, the cost of wood used to build furniture is a direct material expense. In contrast, indirect expenses are those that do not become part of the finished product. For example, electricity used to power equipment is an indirect manufacturing cost or overhead expense. Likewise, wage and salaries paid to workers who are directly involved with production are direct costs, whereas those paid to workers who repair and maintain equipment are indirect costs. In addition, overhead costs may include minor direct costs when they are so insignificant that they cannot be practically treated as direct expenses. Therefore, overhead expenses are part of the total costs of maintaining and staffing a business.

Overhead expenses can divided into three general categories: company overhead, selling overhead, and administrative overhead. These expenses cannot be directly linked with manufacturing products or providing services. These expenses constitute some of the most frequently discussed and illustrative kinds of overhead such as equipment maintenance and repair as well as utilities. Selling overhead refers to the costs related to product or service distribution and marketing. Hence, this type of overhead includes packaging and shipping, public relations, and sales staff expenses. Finally, administrative overhead expenses encompass expenses associated with general business operations such as office supply costs, management expenses, and labor costs from administrators and office workers who do not work directly for marketing and production departments. For purposes of explanation, the following discussion and examples will center on company overhead.

Accurate accounting and allocation of overhead expenses are very important in calculating the total cost of manufacturing a product and hence in setting a profitable selling price. The accounting of overhead is part of the control established during the budget process.

Because managers may not know total overhead costs until the end of an accounting period and because they generally need detailed information on costs before the end of an accounting period, accountants and managers use a series of steps called the overhead application to determine the overhead costs to allocate to production units. This process involves estimating an overhead rate and production volume that will apply to the coming fiscal year:

However, this process can be far more complicated, especially if a company manufactures more than one product and if a company's different product processes vary considerably. For example, one product may require a labor-intensive finishing process, while another relies more on machinery. The relationships apparent between the finished product and these production processes provide accounting an activity base upon which to calculate the allocation of overhead, which would be divided by the number of direct labor hours and the number of machine hours, respectively. A company provides for overhead absorption by combining a number of these activity-based overhead rate allocation methods.

Burden variance can result from the following spending variations, or budget variance:

Underabsorbed overhead exists as a debit balance in the production overhead clearing account at the end of the year. Overabsorbed overhead is a credit balance. To report these balances in the financial statements, the accountant examines the cause of the variance and chooses a method to satisfy the reporting objective. In reporting the variances the accountant considers at least three alternatives:

In some instances the cost of classifying production costs to specific units may be prohibitive. Therefore, management recognizes them as part of the production overhead to be absorbed on a per-unit basis and may devise some arbitrary method of allocation. Some examples of these costs are: