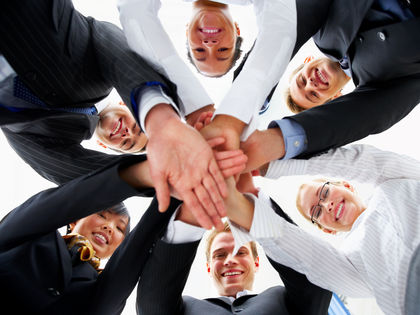 A general partnership can be based on an oral or written agreement among the partners. However, for reasons discussed below, it is always advisable to have a written partnership agreement signed by all partners.

The formation and operation of business organizations are governed primarily by state law. Thus, each of the individual 50 states has unique partnership laws. However, the law of partnerships is relatively uniform throughout the 50 states, because most states have based partnership statutes on the Uniform Partnership Act (UPA), a model act created by the National Conference of Commissioners on Uniform State Laws (Uniform Law Commissioners). The Uniform Law Commissioners have approved various model laws for business organizations including the UPA, the Uniform Limited Partnership Act (ULPA), and others. These model acts are drafted by panels of practitioners, legal scholars, and judges who are respected and experienced in the area of law involved.

The UPA dates from 1914, and the Revised Uniform Partnership Act (RUPA) was adopted by the Uniform Law Commissioners in 1994. The Commissioners approved amendments to the RUPA in 1996 to provide limited liability for partners in a general partnership. Because they became effective in 1997, those amendments are referred to as the "1997 Amendments." As of mid-1999, the RUPA of 1994 had been adopted by at least 25 states; 23 of those states had adopted it with the 1997 amendments. In addition, the RUPA has been introduced as legislation in Hawaii and Indiana.

When lawyers use the term "partnership," they are usually referring to a general partnership, and in this section of this article, I will do the same. The act of doing business together, for profit, creates the partnership. In some states, but not all, a partnership may file a Partnership Agreement or Statement of Authority with the office of a designated state official such as the Secretary of State. However, such filings are not required.

A general partnership is a legal entity for limited purposes only. For example, it can have its own assumed (or fictitious) name, and title to real or personal property can held be in the name of the partnership. However, in a lawsuit, the individual partners will be named as defendants.

Depending on the business or profession of the partners, some filings that are not related to partnership status may be required. For example, if the partnership uses a name other than the names of the partners, it must file for an assumed name. (This requirement also applies to sole proprietorships.) In some states, such as Michigan, the filing is done county by county. In other states, such as Montana, one filing can be made to reserve the name for use throughout the state. In addition, occupational licenses must be obtained, such as in the building industry and cosmetology. Similarly, professionals such as medical doctors, lawyers, and accountants, among others, must meet professional licensing requirements. In states that impose a retail sales tax, the business must obtain a sales tax license, collect sales taxes, and remit them to the state.

ADVANTAGES AND DISADVANTAGES
OF THE PARTNERSHIP AS A BUSINESS
ORGANIZATION

As compared to the limited partnership or corporation, a major advantage of the general partnership is that it can be organized with minimal paperwork and at a relatively low cost. The partnership, unlike a corporation, can operate in more than one state without having to obtain a license to do business in each state. In general, partnerships are subject to less government supervision and fewer regulations than is true for corporations.

There are some disadvantages to use of a general partnership as a business organization. First, practical considerations limit the number of people who can be involved; a corporation may be needed to accommodate a large number of owners. Second, a partnership can be dissolved at any time. Third, a partner's liability is unlimited. Use of a limited partnership or a corporation may be advisable if some or all of the owners are unwilling to be subject to such liability.

PARTNERS' CONTRIBUTIONS TO AND
BENEFITS DERIVED FROM PARTNERSHIP

Under the UPA and RUPA, unless a written partnership agreement stipulates otherwise, certain general rules apply with respect to management, profits, and losses. First, unless otherwise stipulated in writing, each partner has an equal voice in the management of the partnership's business. Second, unless otherwise stipulated in writing, all partners share equally in profits and losses of partnership. If Sam and Mary form a partnership to run a pizza business, each makes contributions, whether in cash, or real or personal property. Each is expected to contribute services (work for the partnership). However, regardless of the contributions (in property or services) of each partner, Sam and Mary share equally in the profits and losses.

These general rules underscore the need for a written partnership agreement (sometimes called "articles of partnership") even though it is not legally mandated. With a written agreement, the partners can design management and profit-sharing arrangements that meet specific needs. Almost any terms are permissible so long as they are not illegal or contrary to public policy.

Certain kinds of provisions should go into any partnership agreement. Here are some categories that should be covered:

TORT AND CONTRACT LIABILITY OF
PARTNERS

RELATIONSHIPS BETWEEN AND AMONG
PARTNERS

DURATION, DISSOLUTION, AND
TERMINATION OF PARTNERSHIP

However, dissolution can lead to termination after winding up unfinished business and liquidating business assets. Contracts are completed or settled, and debts are paid. Finally, any remaining profits and assets are distributed among the partners. During this process, no new business can be transacted.

To prevent problems when a partner dies or leaves the partnership for any reason, a partnership agreement should include a buy-sell agreement provision. By law, this provision must be in place when the partnership is created. It describes the manner of compensation for the survivors of a deceased partner or for the withdrawing partner. A formula is established to determine the amount of payment, and a payment schedule is established. Often, partners provide for the possible death of a partner by taking out a life insurance policy on the life of each partner. The policy is made payable to the partnership or to the surviving partners, enabling the partners to pay the amount required in the buy-sell agreement to the survivors of the deceased partner, and remaining partners are financially able to continue to do business.

The Revised Uniform Partnership Act (RUPA) includes a formula for valuing a partner's interest during a buyout. (This was not included in the UPA.) As with other UPA and RUPA provisions, this formula is applied only if this topic is not covered in a written partnership agreement.

THE RIGHTS OF LIMITED AND GENERAL PARTNERS.

In 1991, Texas became the first state to offer a new option to professionals in a partnership; it is called the Limited Liability Partnership (LLP). The LLP is treated like a partnership except that partners are protected from personal liability for the torts of partners in the firm. By 1997, a majority of the states had adopted some kind of LLP law, although those laws differ from state to state. By 1999, at least 18 states or jurisdictions had adopted the 1997 amendments to the RUPA that provide for LLPs, thus creating more uniformity. Those states and jurisdictions include: Alabama, Arkansas, Colorado, the District of Columbia, Idaho, Iowa, Kansas, Maryland, Minnesota, Montana, Nebraska, New Mexico, North Dakota, Oklahoma, Oregon, The U.S. Virgin Islands, Vermont, and Washington. Also by 1999, Arizona, California, and Virginia had adopted LLP equivalents.

Going further, a more limited number of states offer another alternative called the Limited Liability Limited Partnership (LLLP). The LLLP designation is similar to the LLP, except that it is available to limited partners in a limited partnership.

If one of the partners in a Limited Liability Partnership (LLP) is sued for a tort (malpractice), his or her partners are not jointly and severally (meaning separately) liable for that partner's debt. This protection applies so long as the partners are not supervising, directing, or otherwise involved in the negligent activity. This is significant when the firm does not have enough insurance coverage to pay all of a large judgment against the offending partner. The partner who engages in malpractice is, however, personally liable for his or her own tort.

For an LLP to exist, the LLP must be registered with the state office designated by statute (usually the Secretary of State or the State Corporations and Securities Bureau). The filing is called a "statement of qualification." In addition, LLP status must be indicated in the partnership's name using the words "Limited Liability Partnership" or the initials "L.L.P." In general, it is relatively easy to convert a general partnership into an LLP.

The LLP is treated like a general partnership for tax purposes. Comparing the LLP to a Professional Corporation (a corporate form that protects professionals from the torts of co-owner professionals), the LLP provides a tax advantage to its owners, because earnings are taxed as personal income, as is the case with other partnerships. In a professional corporation, the corporation pays taxes on earnings before they are distributed to the owners (shareholders). The shareholders, in turn, pay personal taxes on what they receive. Thus, the LLP can provide a tax advantage to partners.

If a partnership is considering seeking LLP status, the provisions of each state's laws must be studied carefully, because the laws vary. In most cases, LLP laws are in the form of amendments to a state's existing partnership laws.

Choice of a form for doing business is a decision that must be based on the needs of its owners as well as legal and tax considerations. This article has provided general descriptions of general partnerships and limited partnerships, and it introduces the reader to the Limited Liability Partnership (LLP) and the Limited Liability Limited Partnership (LLL). However, a form for doing business should be chosen only after careful consultation with an attorney who is familiar with the relevant business association laws of the state(s) in which the owners wish to do business and the client's needs. Further, competent legal help will be needed to advise on the filing requirements for limited partnerships as well as on-going, periodic reports to state agencies and the Internal Revenue Service. In addition, an accountant can help business owners examine the tax consequences that may result from the choice of a business form.