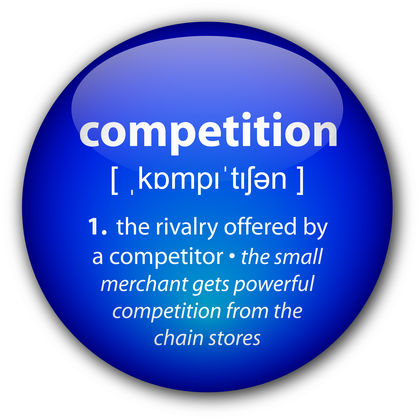 ' Restraint of trade" is a phrase from the Sherman Antitrust Act of 1890, a historic piece of legislation designed to halt the excessive monopolistic and anticompetitive activities of the then burgeoning industrial combinations and trusts. Specifically it was meant to curtail two types of anticompetitive behavior: the growth of giant monopolies through mergers and various price-fixing schemes and agreements. The act's key phrase, which appears in the first section is: "Every contract, combination in the form of trust or otherwise, or conspiracy, in restraint of trade or commerce among the several states, or with foreign nations, is hereby declared to be illegal." Although the act was named after Senator John Sherman of Ohio, it was written primarily by Senators George Edmunds of Vermont and George Hoar of Massachusetts.

The years between the Panic of 1873 and the passage of the Sherman Antitrust Act witnessed a steady growth of monopolistic combinations and trusts. This monopolistic trend was particularly evident in heavy industry and railroads. There was a worrisome feeling in many circles that trusts were harming the economy by reducing or eliminating competition, which would subsequently lead to a slowdown in economic output. A strident antimonopolistic fervor soon developed that demanded the curtailment of trust activity through legal reform. There is contradictory evidence, however, as to the economic harm of trusts and monopolistic behavior in 19th-century America. Many economists felt that although a lack of competition tended to drive prices up, the inherent efficiency and cost effectiveness of trusts tended to drive prices down. Much of the antitrust fervor came from the so-called "muckrakers" and "yellow journalists" and was often based on emotion rather than empirical evidence. By the late 1880s the outcry for reform was growing unabated and by 1890 15 states had enacted antimonopolistic legislation. Pressure continued to mount for more effective and comprehensive federal legislation. The Sherman Antitrust Act was subsequently enacted by a large bipartisan congressional majority on July 2, 1890.

Prior to the Sherman Antitrust Act there was no legislation dealing specifically with anticompetitive business behavior. While contracts that allegedly restrained trade were unenforceable under certain circumstances, there were no laws allowing for punitive action or sanctions against the offending parties. Until this legislation, monopolies and trusts were also quite legal. The act's authors, however, purposefully declined to define "trust" and "combination" (the act likewise does not include intrastate commerce or restraint of production in its prohibitions).

A "combination," however, is generally regarded as an association made up of individuals or corporations for the furtherance of a project. This association may include such formal or informal gatherings and methods as: cartels, "gentlemen's agreements," and interlocking directorates. Devices such as purchase and sale contracts, leases, trusts, and holding companies can also fall under the definition of a "combination." A "trust" is likewise regarded as a business combination created for the purpose of eliminating competition usually by controlling a significant number of manufacturing facilities, stores, etc. It is believed that the act was purposefully vague in these regards so as to curb monopolistic power without thwarting economic growth.

"Rule of reason" is the traditional test and the one most often applied in antitrust cases. It emanates from a number of cases including: Standard Oil Company of New Jersey v. United States (1911), American Tobacco Company v. United States (1911), and Board of Trade of City of Chicago v. United States (1918). In the first two cases, the U.S. Supreme Court found that not all but only unreasonable restraints of trade were illegal. In reaching a decision in the 1918 case the Court stated: "Every agreement concerning trade, every regulation of trade, restrains. To bind, to restrain, is of their very essence. The true test of legality is whether the restraint imposed is such as merely regulates and perhaps thereby promotes competition or whether it is such as may suppress or even destroy competition." The Court went on to say that the condition of the particular business, both before and after the imposition of restraints, must be examined and a determination of the actual and probable effect of the restraint realized. Inherent in rule of reason cases is the ability of the violator to manipulate output or prices beyond the threshold that would be imposed naturally by the marketplace.

In Northern Pacific Railroad Co. v. United States (1958), the U.S. Supreme Court found that illegal restraints can sometimes fall outside a rule of reason analysis. In such cases carefully defined categories of restraint are illegal per se because "their pernicious effect on competition and lack of any redeeming virtue are conclusively presumed to be unreasonable and therefore illegal without elaborate inquiry as to the precise harm they have caused." Related is the Socony Vacuum Oil Company case (1940) in which the Court found that even though there were previous specific exceptions, tampering with price structure is nonetheless illegal, and stated "raising, depressing, fixing, pegging, or stabilizing the price of a commodity in interstate and foreign commerce is illegal per se."

The truncated rule of reason test is used in cases where the per se test is not applicable but where nonetheless "no elaborate industry analysis is required to demonstrate the anticompetitive character" of the restraint (NCAA v. Board of Regents of the University of Oklahoma).

There are two general categories of restraint of trade practices: vertical restraints and horizontal restraints. Vertical restraints occur when a company purchases or otherwise acquires control over another company that is either its supplier or customer. The controlling company is then in a position to impose various anticompetitive restraints on its former supplier or customer. Horizontal restraints deal with price-fixing agreements and are highly illegal. Similar to price-fixing agreements and likewise illegal are other practices such as "bid rigging," boycotts, territorial impositions, and imposed minimum fee schedules. In a 1997 case, a Federal Trade Commission judge ruled that Toys 'R' Us, a toy-products retailer, entered into illegal vertical agreements with toy manufacturers that resulted in restricted sales to competing wholesale clubs. Toys 'R' Us was also found by the judge to be guilty of forming horizontal agreements with other toy manufacturers in an effort to thwart the same wholesale clubs from obtaining popular toys.

Also read article about Restraint of Trade from Wikipedia