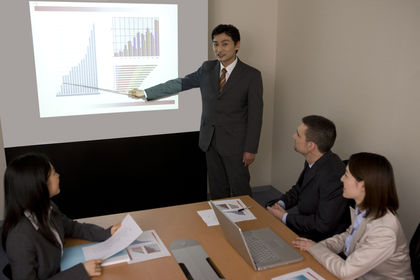 It is important to distinguish corporate spin-offs from three types of related transactions—equity carve-outs, split-offs, and split-ups. Under an equity carve-out, a portion of the subsidiary's shares are offered for sale to the general public. This has the effect of injecting cash into the parent firm without the loss of control. Under a split-off, shareholders exchange their parent stock for the shares of the subsidiary. These transactions provide the company an opportunity to dispose of a subsidiary in a tax-free manner, and even to relieve itself of an unwanted shareholder. A split-up occurs when the parent distributes shares in each of its subsidiaries, and the parent firm liquidates and ceases to exist.

Spin-offs come in two forms: voluntary and involuntary. Voluntary spin-offs typically yield benefits to the stockholders of the parent company, because companies tend to spin off successful subsidiaries that are not core companies and thus not essential to the parent companies. Corporation may have a number of reasons for spinning off subsidiaries such as to improve the value of a subsidiary or to take advantage of tax benefits as discussed below. On the other hand, involuntary spin-offs generally result from complaints by federal and state regulatory agencies. For example, the Federal Trade Commission or the U.S. Department of Justice might file complaints against a parent company for antitrust violation if it acquired a competitor and thereby eliminated a substantial amount of competition. AT&T's divestiture of Lucent Technology (formerly Bell Laboratories) in 1996 is an example of a voluntary spin-off, whereas CBS Inc.'s divestiture of Viacom International, Inc. to comply with the Federal Communications Commission's rules is an example of an involuntary spin-off.

Although tax rules have permitted spin-offs since the mid-1950s, spin-offs did not occur with as much frequency and within major corporations until the 1980s, when a trend was ushered in by the spin-off of seven regional Bell companies by AT&T between 1982 and 1983. Since the 1980s, the number and value of corporate spin-offs has escalated. By 1996, the value of all U.S. spin-offs totaled $85.3 billion, according to David Sadtler et al. in Breakup!. In contrast, the value of U.S. spin-offs was only $16.6 billion in 1992 and under $5 billion in the 1980s. Furthermore, whereas spin-offs accounted for under 10 percent of U.S. divestitures in the 1980s, they accounted for almost 50 percent by the late 1990s.

According to Ronald J. Kudla and Thomas H. Mclnish in Corporate Spin-offs, corporations have a variety of motivations for spin-offs, including management reasons, capital market factors, risks, tax benefits, marketing factors, and regulatory/legal reasons. Spin-offs can alleviate management problems of both parent companies and spun-off companies, because both kinds of companies often have different lines of business and different business environments. Since the parent companies generally are large diverse operations, they cannot provide the kind of management, financial, and resource support that the subsidiary needs for continuous growth. Moreover, parent companies usually focus their attention and resources on their core operations. Consequently, the spin-off allows the spun-off company to negotiate management, finance, and resource issues with its own board of directors and to make decisions for itself. The parent company benefits from the transaction because it can concentrate on its most important operations unencumbered by the spun-off company.

Furthermore, spin-offs may result after major shifts in the economic environment affecting corporations and their subsidiaries. While a combined organizational structure may have been optimal in the past, the separation of operations may now be appropriate. In particular, management synergy may be nonexistent for firms in unrelated businesses. Spin-offs enable managers to focus on the specific operating and financial characteristics of the subsidiary rather than being overly concerned with the impact of subsidiary decisions on the performance of the parent company.

Incentive contracts tied to the performance of the common stock of the parent company may not be meaningful for managers in the subsidiary. On the other hand, a spun-off subsidiary has the advantage of an independent stock price which should reflect the capital market's assessment of management's performance. Thus, compensation can be more directly related to performance with the existence of the spunoff unit.

Some parent companies decide to spin-off subsidiaries because they believe that all their lines of business are not accurately valued in the capital market. Spin-offs enable each company to obtain capital consistently based on its own operations and each company can raise capital according to the way capital markets affect each company's business. In essence, the motivation here for spinning-off a company is to give investors a clearer view of each company's business operations. The spin-off might attract new investors to the spun-off company and it might improve the parent company's value because the undervalued subsidiary is no longer associated with it.

In addition, many portfolio managers prefer" pure play" companies. Investment professionals may be interested in one or the other of a company's basic businesses, but not both. To the extent that financial markets are incomplete, spin-offs provide investors with a wider range of investment opportunities appealing to different investor clienteles. In addition, the issuance of separate financial reports on the operations of the subsidiary facilitate the evaluation of the firm's performance. Thus, this technique enables managers to uncover the hidden value of the subsidiary.

Marketing concerns also prompt parent companies to spin off subsidiaries. The first concern is that consumers and suppliers will think parent company is not committed to its core line of business if it has an unrelated subsidiary. The second concern is the association of lines of business that are perceived as being incompatible. Hence, having diverse business lines may cause confusion among customers, investors, and suppliers who perceive a company as offering inconsistent products or services.

Another important motive for corporate spin-offs is to take advantage of tax benefits. Tax advantages can be achieved by the creation and spin-off into natural resource royalty trusts or real estate investment trusts. As long as these entities pay out 90 percent of their earnings to shareholders, they are tax exempt, permitting the parent company to shield income from taxes.

Finally, laws and regulations may cause companies to spin-off subsidiaries voluntarily or involuntarily. As previously mentioned, laws and regulations sometimes lead to involuntary spin-offs when complaints are filed to federal and state agencies. Nevertheless, parent companies sometimes spin off their subsidiaries to split up regulated and unregulated companies or to avoid legal hurdles associated with ownership of certain kinds of companies. A spin-off in such scenarios allows the unregulated companies to operate and expand unfettered by regulation.

However, David Sadtler et al. argue in Breakup! that the release of latent value is the ultimate motivation for spin-offs and that spin-offs generally result in increased value because they remove factors that impede the growth of value, according to Sadtler et al. These authors contend that simply being split up often enables subsidiaries to increase their value, because the spin-off frees them from the constraints of belonging to another company. Despite the possible advantages of being a subsidiary such as lower costs for borrowing, savings on administrative costs, expert management, and reduced costs through centralized purchasing, the subsidiary status also has possible disdvantages such as lack of knowledge of subsidiary needs, loss of freedom to operate as the subsidiary sees fit, and unnecessary and inhibiting policies. When the value of these disadvantages exceeds the value of the advantages, a subsidiary is better off operating as a separate company. Hence, both parent and subsidiary companies are free to realize their full potential value after a spin-off.

Sadtler et al. estimate that on average corporations inhibit about 10 percent their subsidiaries' potential value and that in the case of most spin-offs the amount of value inhibited is much greater. This loss of value stems from the costs associated with corporate centers, bureaucracy, ineffectual guidance, and investor preference for less diversified companies.

After a company decides to spin-off a subsidiary, it generally begins to prepare a work plan, which provides detailed information on the steps leading up to the completion of the spin-off, the projected dates for each step, and the parties responsible for the timely completion of each step.

A spin-off also involves the preparation of a plan of reorganization, which serves as the agreement between the parent and subsidiary for the specifics of the spin-off. Consequently, both boards of directors must approve of the plan of reorganization. This plan also includes information on the relationship between the parent and subsidiary companies during and after the spin-off process and it indicates any transfers of assets or liabilities from one company to another. If the company being spun off is going to be greatly restructured, the plan of reorganization will go into considerable detail describing the intended changes. The plan also provides information on the number of shares to be distributed and the key dates for distribution and payment.

Shareholders of the parent company generally receive an outline of the plan and a copy of the agreement in the proxy statement, which informs shareholders of the meeting where they will vote on the plan. The proxy statement and the prospectus for the plan of reorganization provide balance sheets and income statements of both the parent and subsidiary companies. These financial statements show how assets and liabilities will be divvied between the companies.

As indicated above, parent companies sometimes spin-off subsidiaries to increase the value of both parent and subsidiary companies. Nevertheless, different studies report different results from companies involved in spin-offs. Studies by the investment firm Oppenheimer and Co. indicate that companies increase their value at the time of the spin-off announcement, but also show that value may stagnate or decrease over a longer period. According to one such study of 19 spin-offs, 16 companies experienced increased value at the time of the announcement, 1 company's value decreased, and 2 companies' value did not change. However, only 11 companies and the companies they spun off had increased in value six months after the spin-off, whereas eight declined—although the combined value each company and the company it spun off still was greater than it was at the time of the spin-off announcement.

Other studies produced similar findings. Constantinos Markides found in his 1995 study Diversification, Refocusing and Economic Performance that spin-off announcements are accompanied by increases in share prices and that share prices of highly diversified or unprofitable companies showed the most dramatic increases. Over a longer period of time, Markides reported that spin-offs led to greater profitability for highly diversified companies. Moreover, in another 1995 study, Robert Comment and Gregg Jarrell examined companies involved in spin-offs over a three-year period and discovered that companies that spun-off subsidiaries performed about 7 percent better than companies that diversified.

However, other studies present a different view of spin-off effects. A Clarus Research Performance Database study of spin-offs by the world's 500 largest companies between 1996 and 1998 indicated that companies involved in spin-offs tended to underperform the market by 17 percent two after the spin-off announcement. This study suggests that spinning a subsidiary off will not lead to an increase in value in and of itself. Instead, the Clarus Research Performance Database study revealed that the companies whose value increased implemented restructuring and refocusing initiatives in addition to the spin-offs. Spin-offs fail to increase share prices alone because they are usually dependent on factors other than the spin-off.

Pearson, Michael. "Spin-offs: Breaking up Is Hard to Do." Journal of Business Strategy, July-August 1998, 31.