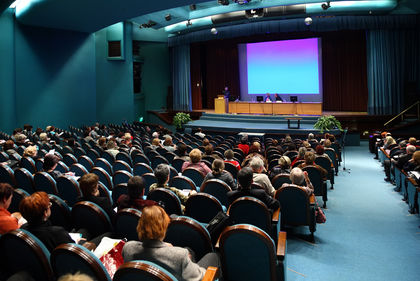 Utilitarianism is a highly secular philosophy that originated in Great Britain in the late 18th century, but whose influence continues down to the present day. It is one of several common philosophies used to evaluate business ethics.

Utilitarianism is most often associated with Jeremy Bentham (1748-1832), James Mill (1773- 1836), and his son, John Stuart Mill (1806-1873). Of the three, John Stuart Mill is considered the most brilliant exponent of utilitarianism, although he also is known for other significant contributions to 19th century intellectual thought.

Jeremy Bentham finished his law studies at Oxford University in 1763 but never practiced law. His intellect was probing and highly analytical and concerned more with reforming injustices (such as the penal system and penal law) than with conforming to the status quo. In this respect he was typical of philosophers of the Enlightenment, which was at its zenith when Bentham began his singular career. Bentham's disciple, James Mill, did much to publicize his radical ideas in England.

Bentham was much influenced by the secularism of the age. Rejecting Christianity as too intuitive and untenable, he sought a material explanation for right and wrong, good and evil. He found his answers in the writings of such theorists as Scottish philosopher David Hume (1711-76) and French philosophe Claude-Adrien Helv6tius (1715-71), who posited that true justice was synonymous with the good of the whole. Bentham made this principle, dubbed the "'greatest happiness" principle, a moral criterion and the basis for his philosophy of reform.

In An Introduction to the Principles of Morals and Legislation (1789), Bentham introduced his "utilitarian" doctrine: mankind has two masters, pleasure and pain; nothing is good except pleasure, or bad except pain. To advance pleasure is the aim of human nature, and therefore the goal of every person; by extension, it should be the goal of society as well. But since individual interests clash within every society, the aim of legislation and government should be to harmonize these clashing interests for the good of the whole.

In time Bentham's philosophy would be criticized (by none other than John Stuart Mill) for being excessively narrow, reducing human nature to almost instinctual pain and pleasure, and making no allowance for an individual's spiritual strivings or emotions. Therefore, although Bentham intended utilitarianism (a word he used only once) to be applicable to both the individual and to society, it seemed most persuasive as a social philosophy. In this respect, utilitarianism has had the most profound impact in the development of legal thought.

Bentham became convinced that the British government, controlled by a handful of leading families, was influenced solely by narrow self-interest. In time he came to advocate the abolition of the monarchy, universal male suffrage, and rule by parliament. In so doing he was not a promoter of democracy; rather, he viewed these changes (radical for his day and age) strictly from the perspective of utility, or what was best for the whole.

Bentham became the leader in England of a group of reform-minded radicals, including James Mill. A dissatisfied clergyman who came to abandon his religion, Mill became Bentham's ardent disciple and a rigid interpreter of "Benthamism." His unique contribution was Analysis of the Phenomena of the Human Mind (1829), in which Mill attempted to analyze the "pleasure principle," which many non-utilitarians rejected as hedonistic and selfish, a position he attempted to disprove. This unusual psychological study was saturated with "Benthamite" ideology—it was not original—but did much to disseminate Bentham's ideas.

James Mill's greatest contribution to the development of utilitarianism appears to have been his son, John Stuart Mill. The younger Mill became a rigid utilitarian in his teen years, but after suffering a nervous breakdown at age 20, he came to the conclusion that utilitarianism was a sterile, over-intellectualized moral theory that left no room for intuition or feelings.

John Stuart Mill never rejected the philosophy of his boyhood, but in his seminal work, Utilitarianism (1863), written in his middle years, he so revised the basic doctrine of Bentham that his book appeared to almost reject it. He proposed that goodness was not necessarily pleasurable; that quality of pleasure was more important than quantity; and that there were "lower" and "higher" pleasures, such as intellectual, spiritual, and emotional ones.

The most striking departure from traditional or classical utilitarianism was in John Stuart Mill's rejection of laissez-faire economics. While Jeremy Bentham advocated political and social reform rather than economic reform, a disciple of his, David Ricardo (1772-1823), expressed in 1817 the utilitarian view of economics in his Principles of Political Economy. Ricardo advocated free economic competition, without any legislative constraints, as leading to the greatest good for the greatest number. John Stuart Mill rejected this classic statement of laissez-faire economics. His readings of French socialist thinkers led him to question the sanctity of private property and to advocate a more equitable distribution of wealth and equal opportunity for all. Despite his considerable revision of classical utilitarianism, John Stuart Mill never abandoned this doctrine, which as a social and legal philosophy has remained influential to this day.

Utilitarianism may be employed in any business decision-making process that seeks to maximize positive effects (especially morally, but perhaps also financially and so forth) and minimize negative outcomes. As with Bentham's formulation, utilitarianism in business ethics is primarily concerned with outcomes rather than processes. If the outcome leads to the greatest good (or the least harm) for the greatest number of people, then it is assumed the end justifies the means.

Just as John Stuart Mill objected to the coldest, most basic version of the theory, modem business ethicists decry utilitarianism's limits as an instructive ethical analysis. For example, Reitz, Wall, and Love argued that utilitarianism isn't an appropriate tool when outcomes affect a large number of separate parties with different needs or in complex processes whose outcomes and side effects can't be readily foreseen, e.g., implementing new technology.

There are a number of alternative ethical philosophies to utilitarianism also used in business. Formalism, associated with the philosopher Immanuel Kant (1724-1804), is a rule-based system of ethical principles that are applied to each step of the process leading up to—and including—the outcome. In other words, the end is only just if the means are as well. This is sometimes also termed universalism, since the method attempts to apply universal ethical standards consistently across business practices, as contrasted with the relativism of utilitarian ethics. Although scholars disagree about its exact relation to utilitarianism (some argue they may coexist), formalism is frequently cited as the opposite of utilitarianism. Under formalism, a business action that passes the ethical tests at every stage is considered ethical; if the rules or principles are violated along the way, the action is unethical regardless of the outcome.

is the theory may not consider the real facts? what about the basics of in-groups(blind support) and out-groups(blind-opposition) role in individuals life when we think about the happiness of the whole?