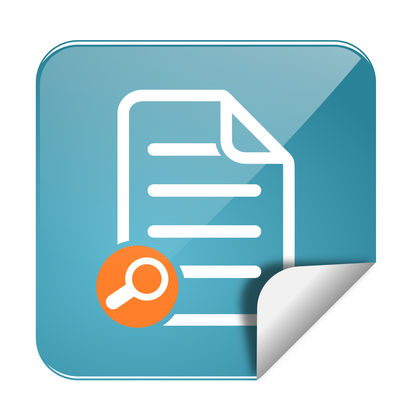 Word processing technology refers to various kinds of electronic text storage and manipulation devices, primarily through use of a computer software application. Although there are many specific computer programs and other devices available for word processing functions, as a class these have become one of the most basic and ubiquitous tools in the contemporary business world.

The first machines able to record typed information for reuse were the automatic typewriters of the 1930s, which used rolls of paper tape to record keystrokes. The next major advance came in the 1960s when IBM introduced a typewriter capable of storing information that could later be revised. Released in 1964, the MT/ST (Magnetic Tape/Selectric Typewriter) used magnetic tape rather than paper to store data. However, this typewriter only allowed minimal editing in the middle of a document, as anything changed had to occupy the same number of characters as the original text. This limitation was surmounted shortly afterward with the development of IBM's MC/ST (Mag Card Selectric Typewriter), which allowed full document editing and soon became the industry standard for word processing devices.

Word processing technology evolved swiftly during the 1970s as such companies as Wang Laboratories, Olivetti, and Digital Equipment Corporation (DEC) entered the field. Notably, virtually all of the major developers also had ties to the nascent computer industry, and the creation of dedicated word processing machines often followed a parallel course to that of microcomputers.

Technical developments such as cathode-ray-tube (CRT) monitors and microchips—also used in computers—advanced the capabilities of word processors far beyond any typewriter. A noteworthy innovation was Xerox's Bravo model of the mid-1970s. It allowed users to make font face, formatting, and graphical changes easily using a mouse-like pointer.

Large metropolitan newspapers were among the first to embrace word processors. Law and real estate offices were also prime customers because they generated lengthy, largely standard documents such as contracts that lent themselves to storage and manipulation in order to save labor.

By the 1980s dedicated word processing devices and personal computers began to diverge, and computers running word processing software began to take a growing share of the market. While top-of-the-line word processing machines were sometimes better equipped to deliver highly formatted and easily manipulated text, computers offered businesses the ability to run a much wider range of applications, including spreadsheets and databases, in addition to document management.

The production of printed documents before word processing was a comparatively arduous task. Standard contracts had to be typed individually, or preprinted forms had to be carefully fed through a typewriter in order to align the typewriter text with the appropriate blanks on the form. Minor corrections could require whole pages to be retyped. Word processing software on computers all but eliminated much of this tedium, and it has been estimated that a secretary using a word processor may be three times more efficient than one using a typewriter.

As word processors have grown more sophisticated, they have advanced from the arena of creating simple documents to the realms of desktop publishing and integrated office information processing. All modem word processors contain extensive options for formatting text—be it choosing a font face, a point size, or a justification style. Off-the-shelf word processing packages by leading software publishers also routinely include the following capabilities:

Since the mid-1990s most word processing software has also included modest provisions for e-mail and Internet use. For instance, Internet addresses might be specially encoded in documents so that when a user selects the address it launches a web browser. Some programs have even added utilities for creating simple web pages.

A corollary to the development of complex word processing software has been the rate at which programs on the market have been rendered obsolete by newer versions. Cynics describe this phenomenon as planned obsolescence or as a money-making scheme by software publishers. Whether or not either of these charges is valid, among the major word processing packages, such as Microsoft Word, WordPerfect (Corel Corporation), and Word Pro (Lotus Development Corporation), new releases have been issued at approximately two-year intervals. Owners of previous versions are usually offered a discount for upgrading. While these upgrades typically are compatible with the next most recent version, backwards compatibility erodes quickly with each new version. This is not to suggest that the new versions have not had their merits. On the contrary, a single upgrade can streamline an awkward program into an intuitive and efficient application, although such a radical improvement tends to be the exception. In addition to making existing functionalities more accessible and efficient, most word processor upgrades boast some kind of new functions. As an example, in the late 1990s a couple of the leading publishers were touting voice recognition features in their programs as a substitute for typing.