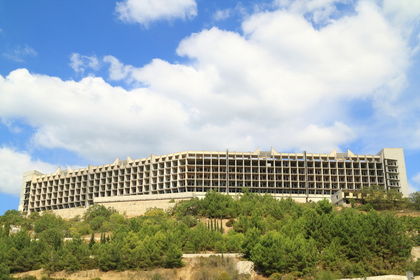 Founding a Property Group in the 1980s

Ong Beng Seng was born into a wealthy family in Malaysia, but the family moved to Singapore in 1950 when Ong was just four years old. Ong quickly displayed a talent for making money. Already by the early 1970s Ong had founded a business selling shipping insurance, earning his first fortune. Later described as a secretive, yet flamboyant tycoon (Ong became known as one of the leaders of the Singapore jet-set), Ong married Christina Ong, giving him a powerful father-in-law, Peter Fu Yun Siak. Fu's company, Kuo International, had started out as a timber and wax trader, before expanding into the oil market as well. Christina Ong, meanwhile, had begun building up a portfolio of designer brands—including the Armani franchise—later becoming known as the "Queen of Bond Street," given her extensive holdings in London's fashion center.

Ong Beng Seng joined Fu in business in 1975, emerging as a shrewd trader with a knack for spotting opportunities. In the early 1980s, Ong recognized the potential for entering the property market, and formed Hotel Properties Pte Ltd. in 1981 in order to lead Kuo International's acquisition of hotels and other properties. The company made its first purchase in 1982, acquiring the Hilton Hotel in Singapore. Later that same year, Hotel Properties was taken public with a listing on the Singapore Stock Exchange. At that time the company changed its name to Hotel Properties Ltd.

Through the 1980s, HPL activities revolved especially around property investments, as Ong led the company into the purchase of stakes in various high-profile properties. Such was the case with HPL's purchase of a 50 percent stake in Singapore's Four Seasons Hotel in 1984, in partnership with longtime business ally Prince Al Waleed Bin Talal bin Abdulaziz Al Saud. Prince Al Waleed also became an important investor in HPL.

At the start of the 1990s, HPL's hotel holdings remained quite modest, with just the Hilton and the Four Seasons in Singapore. Yet, as others were fleeing the depressed properties market at the beginning of the decade, the Ongs recognized a fresh opportunity to acquire and develop prestigious properties cheaply. In the early 1990s, the company lay the groundwork for two prominent London hotels, the Halkin, in London's Belgravia neighborhood, and the Metropolitan, also in the West End. HPL also became a prominent investor in the huge Canary Wharf development. Meanwhile, the Ongs continued to build up their stable of prominent designer franchises, including Donna Karan's DKNY, Miu Miu, Calvin Klein, Guess, and Bulgari, among others.

During the 1990s, HPL also extended its interests into the leisure sector, launching restaurant operations, such as the trendy Nobu, opened in the Metropolitan Hotel. Ong also became an investor in Planet Hollywood, joining with Al Waleed in order to rescue the troubled restaurant chain. From there, Ong went on to win the franchise for the Asian region (excluding Japan) for the Hard Rock Café chain, opening restaurants in Beijing, Hong Kong, Bali, Jakarta, Seoul, Kuala Lumpur, Makati, and Singapore. The company also joined in the launch of the new Hard Rock Hotel chain, backing the opening of the Hard Rock Hotel Pattaya in Thailand and the Hard Rock Hotel in Bali. In 1995, also, HPL and Ong visited Australia, where the company picked up a number of properties on that country's Gold Coast, buying, among other sites, the Chevron Hotel for $30 million.

Asian Focus for the New Century

The Ongs appeared to have run into a wall in the late 1990s, as an economic crisis swept through the Asian region. In 1997, the Ongs began selling off a string of their assets, including the Donna Karan Japan franchise, HPL's 50 percent stake in the Four Seasons Hotel in London (sold to partner Al Waleed), and Ong's private jet.

News of the sellout sparked rumors that Ong's financial empire was collapsing, and HPL's share price dropped dramatically. Ong, who had long avoided personal publicity, was forced to hold a rare press conference in order to dispel rumors that his company and fortune were in trouble.

Indeed, the strategy behind the sell-off of the Ongs' and HPL's assets quickly became apparent. As property prices bottomed out in the Asian market, HPL had converted its assets into cash as the company launched its hotel and property interests into a new direction. In the late 1990s, HPL began buying up properties, franchises, and companies, including Concorde Hotels & Resorts, transforming the company into a prominent hotel ownership and management firm in the Asia-Pacific and Indian Ocean markets. The Concorde Hotels purchase also played a part in HPL's plans to develop its Chevron Hotel site into a massive hotel and tavern complex.

In 2001, Concorde Hotels & Resorts changed its name to HPL Hotels & Resorts. The company's portfolio now included three HPL Hotels in Malaysia, an HPL Hotel development in Australia, the Hard Rock Hotel Franchise in Bali and Thailand, as well as hotels in the Maldives and the Cameron Highlands. The company also acquired Elegant Hotel Holding in 2000, launching the renovation of the Elegant Hotel complex in Australia. In 2001, the company decided not to pursue the renovation.

During this time, HPL had also targeted the fast-growing residential market in Singapore, guiding four major condominium developments, including Nassim Jade, launched in 1995, Four Seasons Park, Robertson Blue, and Cuscaden Residence. Another important area of investment was the shopping center sector in Singapore. Among the company's investments were the development of Forum The Shopping Mall, and purchases of store units in three other shopping centers, Meridien, Ming Arcade, and Orchard Plaza.

In 2002, HPL looked beyond the Asian market again, paying British Airways $31 million to acquire the Fitzpatrick Hotel in New York City. Unlike many of its other hotels, where HPL had been developing its interests in hotel management, the company turned over management and operation of the Fitzpatrick to Jolly Tinker Inc.

The Group is poised to expand its investments when opportunities arise.

In 2004, HPL spotted a new opportunity in Macau, where Las Vegas's Sheldon Adelson had begun the development of the new Cotai Strip casino resort development. HPL joined in, signing an agreement to build two hotels in the resort, a 400-room Four Seasons, and a 1,500-room Hard Rock Hotel. The company began negotiations to acquire land as part of an investment expected to cost as much as $200 million.

HPL continued to fine-tune its portfolio into the mid-decade. Instead of pursuing the Concorde/HPL Australia development, the company sold off a large part of that site. Then, in April 2005, HPL announced that it was putting up for sale the rest of the former Chevron complex as well. By then, HPL's total hotel portfolio numbered some 20 hotels in 10 countries. Ong Beng Seng remained at the company's helm, guiding it into the new century.

Shameen, Assif, "A Reclusive Tycoon Fights for the Underdogs—Including Himself," Asia Week , June 9, 2000.