321999 (All Other Miscellaneous Wood Product Manufacturing)

316110 (Leather and Hide Tanning and Finishing)

325998 (All Other Miscellaneous Chemical Product Manufacturing)

326199 (All Other Plastics Product Manufacturing)

339999 (All Other Miscellaneous Manufacturing)

This fragmented category accounts for all U.S. manufacturing activities not included under other headings. CCL Custom Manufacturing Inc. of Rosemont, Illinois, led the industry in 2001. CCL's products were labels and packaging for a variety of products in a variety of industries, including food, automotive, personal care, and drug. Other industry leaders were 21st Century Technologies Inc. of Texas and Energizer Holdings Inc. of St. Louis, Missouri.

In the late 1990s, the profile of miscellaneous manufactured goods consumers mirrored that of the manufacturing sector at large in the early 1990s. About 45 percent of industry consumption was classified as private fixed investment (for use in other for-profit businesses). Personal consumption expenditures made up about 15.0 percent of sales. Four percent of output was exported, and state and local governments received about 3.5 percent of shipments. The remainder of the market was highly fragmented.

The industry's thousands of establishments were predominately small and mid-sized companies, but there were several larger corporations as well. The industry employed 68,600 workers in 1995. Production workers made up 69 percent of the labor force and earned an average of $9.11 per hour, which was about 25 percent below average for manufacturing positions in general. Job growth was expected to remain flat or decrease for many occupations, but employment for the miscellaneous manufacturing sector as a whole was expected to remain stable into 2012.

Despite its obscurity and fragmentation, the miscellaneous manufacturing industry produces a few well-known items. By product group, some of the larger shares were coin-operated amusement devices, such as arcade games; chemical fire extinguishers; and candles. Although the candle sector grew exponentially in the 1990s and into the new century—in 2000 there were 156 new products—the market became saturated and sales leveled off. Higher-end candles drove the industry into the 2000s, because consumers had educated themselves about what they wanted in a candle. In 2002, candle sales were $2.3 billion. Candle-Lite was the overall leader in this segment, although the company was second to Glade Candle Scents in the scented candle segment.

Other products, while a small total of the industry individually, made up the lion's share of the total industry collectively. These small segments included such diverse items as wigs and barber and beauty shop equipment; artificial Christmas trees and nonglass, nonelectric Christmas ornaments; artificial flowers and plants; matches; umbrellas; potpourri; and lamp shades. 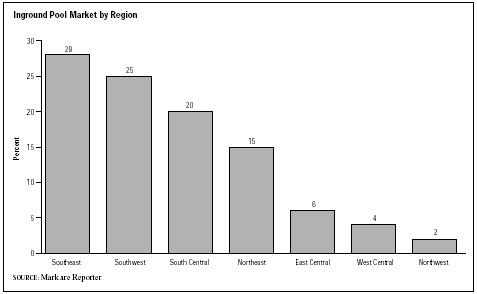 In the 2000s, the pet market was growing. Hartz Mountain Corp. held the top spot for overall cat and dog product manufacturing. By 2003, fashion designers such as Ralph Lauren and Gucci were manufacturing upscale pet clothing and accessories.

In the 2002 artificial turf segment, Field Turf/SRI Sports had 80 percent of the market. For manufacturers of products for children, Graco Children's Products was the leader in infant gear, Playtex led the feeding accessory sector, and Safety 1st was first in safety accessories. Totes had 90 percent of the umbrella market, Mag Light had the majority of the flashlight market, and Scunci had 23 percent of the hair accessory market.