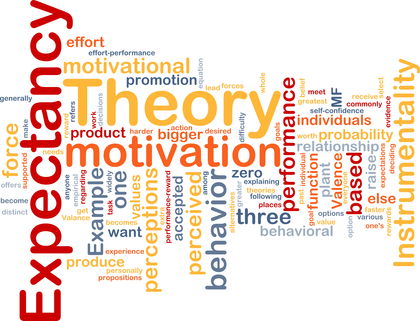 Attribution theory is intended to help a person understand the causes of human behavior, be it their own or someone else's. The basis of attribution theory is that people want to know the reasons for the actions that they and others take; they want to attribute causes to behaviors they see rather than assuming that these behaviors are random. This allows people to assume some feeling of control over their own behaviors and over situations. Psychologist Fritz Heider (1896–1988) first developed attribution theory in his 1958 book The Psychology of Interpersonal Relations. Heider proposed that what people perceived and believed about what they saw dictated how they would act, even if their beliefs about what they perceived were invalid.

Heider's proposed theory of attribution was further developed by psychologist Bernard Weiner and colleagues in the 1970s and 1980s, and this new theoretical framework has been used primarily in current attribution research. A final development to attribution theory was provided by psychologist Harold Kelley, who examined how consistency, distinctiveness, and consensus could be used by individuals to establish the validity of their perceptions.

Attributions are critical to management because perceived causes of behavior may influence managers' and employees' judgments and actions. For instance, managers must often observe employee performance and make related judgments. If a manager attributes an employee's poor performance to a lack of effort, then the outcome is likely to be negative for that employee; he or she may receive a poor performance appraisal rating or even be terminated from the job. Conversely, if a manager perceives that an employee's poor performance is due to a lack of skill, the manager may assign the employee to further training or provide more instruction or coaching. Making an inaccurate judgment about the causes of poor performance can have negative repercussions for the organization.

Attributions also may influence employee motivation. Employees who perceive the cause of their success to be outside of their control may be reluctant to attempt new tasks and may lose motivation to perform well in the workplace. Conversely, employees who attribute their success to themselves are more likely to have high motivation for work. Thus, understanding attributions that people make can have a strong effect on both employee performance and managerial effectiveness.

ATTRIBUTION PROCESS
AND THE CAUSES OF BEHAVIOR

Attribution is considered to be a three-stage process. First, the behavior of an individual must be observed. Second, the perceiver must determine that the behavior they have observed is deliberate. That is, the person being observed is believed to have behaved intentionally. Finally, the observer attributes the observed behavior to either internal or external causes. Internal causes are attributed to the person being observed, while external causes are attributed to outside factors. The two internal attributions one can make are that a person's ability or a person's effort determined the outcome. Task difficulty and luck are the external causes of behavior. When perceiving behavior, an observer will make a judgment as to which of these factors is the cause of behavior. However, when making a determination between internal and external causes of behavior, the perceiver must examine the elements of consistency, distinctiveness, and consensus.

To better understand consistency, distinctiveness, and consensus, consider a workplace example. Nancy, a manager, has assigned a team of employees to develop a custom sales training program for a client. As the project progresses, Nancy continues to see problems in the work produced by Jim, one of the team members. In order to determine why Jim's performance is not satisfactory, Nancy first considers consistency, or whether Jim has performed poorly on other similar team projects. A review of his past performance appraisals indicates that he has not had prior performance problems when creating custom sales training programs. This would lead Nancy to conclude that there was an external cause of the poor performance. Second, Nancy considers distinctiveness; she wants to know if Jim has performed poorly on different types of tasks. Again, in checking Jim's performance reviews, she finds that when he is on a team to accomplish a different type of task, such as developing a selection interview, he has excelled. This further points to an external cause of Jim's poor performance. Finally, Nancy assesses consensus, or the behavior of others in this similar task. In asking the team members about their experiences with the current project, she finds that many of them have had difficulty in developing this custom sales training program. Thus, all indicators point to Jim's poor performance being caused by an external factor, such as a difficult task or a demanding client. Based on this attribution, Nancy may explore ways in which to minimize the negative effects of the external factors on Jim's performance rather than attempting to influence his level of effort or ability.

The prior example illustrated how consistency, distinctiveness, and consensus might point toward an external cause. However, these three factors also may lead an observer to attribute behavior to an internal cause, such as the observed person's effort or ability. Nancy, the observer from the previous example, also has experienced difficulties with a secretary named Kelly. Another manager has complained to Nancy that Kelly has not completed work on time and turns in work full of errors. Nancy observes Kelly for several days and finds that, when given work by this particular manager, Kelly continues to perform poorly, which indicates an internal cause (i.e., high consistency). Second, when performing work for other managers on other tasks, Kelly continues to do substandard work; this is distinctiveness, and it again points to an internal cause. Finally, Nancy observes that when other secretaries perform the work assigned by the manager who complained about Kelly, they are able to successfully perform their duties in a timely manner. This is consensus, and it also points to an internal cause. Based on these observations, Nancy can attribute Kelly's poor performance to an internal cause, or namely to Kelly's own lack of skill or effort.

People make attributions every day. However, these attributions are not always correct. One common problem in assigning cause is called the fundamental attribution error. This is the tendency of a person to overestimate the influence of personal factors and underestimate the influence of situational factors when assessing someone else's behavior. That is, when observing behavior, a person is more likely to assume that another person's behavior is primarily caused by them and not by the situation. In the workplace, this may mean that managers are more likely to assume that employees' poor performance is due to a lack of ability or effort rather than to task difficulty or luck. The fundamental attribution error, while prominent in North America, is not as common across the rest of the world. In other cultures, such as in India, the fundamental attribution error is the opposite; people assume that others are more influenced by situation than by personal factors. Thus, while one can assume this error to be present in American managers' perceptions, this may not be the case for managers from other cultures.

As described previously, when a person perceives their own success or failure versus perceiving the success or failure of others, they assign one or more causes: effort, ability, task difficulty, or luck. Effort and ability are internal causes, and task difficulty and luck are external causes. Some researchers argue that it is human nature to have a self-serving bias, which is the tendency to credit one's own successes to internal factors and one's own failure to external factors. Thus, a common assessment of a person's own success might be: "I got a raise because I'm very skilled at my job" (ability), or "I was promoted because of all of the hours I've put into the job" (effort). Common assessments of a person's own failure might be: "I didn't finish the project on time because the deadline was unreasonable for the amount of work required" (task difficulty), or "I didn't make the sale because someone else happened to speak to the client first" (luck). Coupled with the fundamental attribution error, the self-serving bias indicates that people tend to make different attributions about their own successes and failures than the successes and failures of others.

While some researchers argue that the self-serving bias is widespread across most humans in most cultures, others argue that this is not so. Results from a meta-analysis (a method that statistically combines results of multiple empirical research studies) published in 2004 by Mezulis, Abramson, Hyde, and Hankin aimed to address this issue. In examining more than 500 published research studies, some of the results of this meta-analysis indicated that, in general, there were no differences between men and women in their self-serving biases; men and women were just as likely to make self-serving attributions. Additionally, these researchers found that the United States and other Western nations (Canada, the United Kingdom, Australia, New Zealand, and Western Europe) had a strong self-serving bias, which was more pronounced than in most other cultures on other continents. However, despite these strength-related differences, the researchers found that there was a positive self-serving bias in all cultures studied. Within the United States, there were no meaningful differences in self-serving bias among different racial and ethnic groups; no one race was more likely than the others to be more susceptible to this self-serving bias. The general conclusion of Mezulis and her colleagues was that there is a universal self-serving attributional bias that exists across gender, race, and even nation.