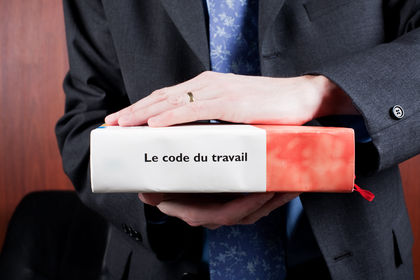 Deregulation refers to the deletion, abandonment, or relaxation of various laws, rules, and regulations that affect business and industry. However, the topic of deregulation is best understood by first understanding the purposes and effects of regulations.

It is often thought that individual firms lack the perspective and/or the incentive to protect society. Consequently, the regulation of business and industry by government is for the purposes of consumer protection and or the enhancement of business competition. Regulation is generally thought to also protect minorities, employees, investors, and the environment.

The United States government expanded its control over industry by focusing on trusts, where a company is established for the purpose of controlling multiple companies. Consequently, the Sherman Antitrust Act was enacted in 1890 to control monopolies. In 1914, the Clayton Act amended the Sherman Act by forbidding specific business actions. For example, tying contracts interlocking directorates, and discriminatory pricing were made illegal if the results of these actions lessened competition.

The Federal Trade Commission Act, also enacted in 1914, formally established the Federal Trade Commission (FTC). Among other responsibilities, the FTC remains responsible for defining, detecting, and enforcing compliance with the Clayton Act. The Wheeler-Lea Act of 1938 expanded FTC jurisdiction to include any practice or practices that harm the public in general and those practices that harm competitors. The Robinson-Patman Act was enacted in 1938 due to the growth of large retailing conglomerates. This law covered discrimination against buyers as well as sellers.

In 1958 the National Traffic and Safety Act was enacted. This legislation provided for the creation of compulsory safety standards for automobiles and tires.

In 1966 the Fair Packaging and Labeling Act was passed. This act provided for the regulation of the packaging and labeling of consumer goods. It also required manufacturers to state package contents, the maker of the contents, and how much of individual contents are included.

The Antitrust Procedures and Penalties Act was enacted in 1974. This legislation increased fines for violation of the Sherman Act. Two years later, the Antitrust Improvement Act required firms to notify the FTC of merger plans. This act also gave state attorneys general the power to sue for the benefit of consumers.

It is generally thought that the permissiveness of the federal government began during the presidency of Richard M. Nixon, which led the way for formal deregulation. During the 1980s the government turned its focus from laws, rules, and regulations to the creation of market incentives that were thought to motivate business.

Proponents of deregulation argue that government intervention impedes the natural laws of supply and demand and ultimately increases costs to consumers. In addition, the overregulation of business is thought to thwart innovation by creating delays and increased red tape. Thus in 1981 the Ronald Reagan administration created the Task Force on Regulatory Relief to review all proposed new regulations and review old regulations. The establishment of this task force also lead to the increased use of cost-benefit analysis, which compares the cost of all regulations to their benefit.

Other steps toward deregulation, as adapted from a summary in Business Today, by David Rachman and Michael H. Mescon (1987), are presented below.

1968. The Supreme Court allows non-AT&T equipment to be hooked up with the AT&T system (Carterfone decision).

1970. The Federal Reserve lifts interest rate ceilings on bank deposits over $100,000 and with maturities less than six months.

1974. The Justice Department files an antitrust suit against AT&T.

1977. Financial management and advice firm Merrill Lynch is allowed to enter into more direct competition with commercial banks with the debut of its cash management account.

1979. The FCC permits AT&T to sell nonregulated services such as data processing.

The debate over the advantages and disadvantages of deregulation continue to the present. For example, the future direction of U.S. aviation policy is continually debated, even though the United Stated deregulated the airline industry in 1978. Proponents of the Airline Deregulation Act of 1978 point to specific benefits of the free-market environment. For instance, the percentage of the population taking trips by air doubled between 1978 and 1997. In addition, the number of airlines operating in the United States more than doubled (from 43 to 90). Advocates of regulation, however, regularly refer to the bankruptcies of Pan American World Airways and Eastern Airlines as negative consequences of deregulation. Unfortunately, increased competition did not guarantee success for airlines, and many failed to adapt their business processes to the decrease in revenues from lower fare prices. Also, an already weak airline industry was severely affected by the September 11, 2001 terrorist attacks, and lead more of the major air carriers to financial trouble.

Telephone service deregulation, as a result of the Telecom Reform Act of 1996, also receives a great deal of attention. Proponents of telecommunications deregulation point to lower prices, better quality, and greater choices to users. However, advocates of regulation indicate that the larger long-distance carriers are still in control. Recent mergers and acquisitions support this trend towards larger long-distance carriers.

Deregulation is not limited to the United States. Europe has created a few low-cost, no-frills air carriers—a deregulation outcome cited by the United Kingdom's Civil Aviation Authority as the most "striking" development in European airline competition in years. Elsewhere in Europe, telecommunications, postal services, and railways have also undergone significant changes in recent years. The changes in these basic infrastructure services include reorganization reforms, as well as privatization of publicly owned industries.

DEREGULATION AND THE FUTURE

Deregulation issues continue to arise in transportation, energy, banking, broadcasting, and cable. Recent competition in the cable and telephone industries has warranted a backtracking of deregulation efforts by the FCC as potentially counterproductive to the market's development.

A chief concern with business legislation is the cost. That is, at what point does the cost of legislation outweigh the benefits? This cost-benefit question, first posed during the Reagan administration, is likely to persist. However, as products and services become more complex due to rapid technological change, various public constituencies are likely to ask for new regulations, and individual companies and industry groups will be required to maintain surveillance of current and pending legislation.