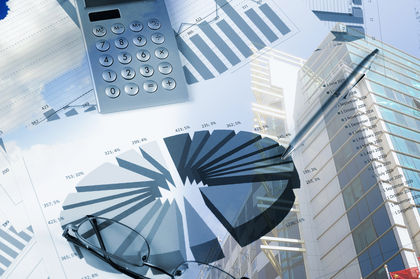 Economies of scope are reductions in average costs attributable to an increase in the number of goods produced. For example, fast food outlets have a lowe+r average cost producing a multitude of goods than would separate firms producing the same goods. This occurs because the preparation of the multiple products can share storage, preparation, and customer service facilities (joint production).

The basic notion behind economies of scale is well known: As a plant gets larger and volume increases, the average cost per unit of output is expected to drop. This is partially because relative operating and capital costs decline, since a piece of equipment with twice the capacity of another piece does not cost twice as much to purchase or operate. If average unit production cost = variable costs + fixed costs/output, one can see that as output increases the fixed costs/output figure decreases, resulting in decreased overall costs.

Plants also gain efficiencies when they become large enough to fully utilize dedicated resources for tasks such as materials handling. The remaining cost reductions come from the ability to distribute non-manufacturing costs, such as marketing and research and development, over a greater number of products. This reduction in average unit cost continues until the plant gets so big that coordination of material flow and staffing becomes very expensive, requiring new sources of capacity.

This concept can be related to best operating levels by comparing the average unit cost of different sized firms. In many types of production processes, the most efficient types of production facilities are practicable only at high output levels. It is very expensive to build custom-made cars by hand, and would be equally or more expensive to use a large General Motors assembly plant to build just a few Chevrolets per year. However, if the plant is used to build 6 million cars per year, the highly specialized techniques of the assembly line allow a significant reduction in costs per car.

Suppose, for example, that Honda were constrained to produce only 10,000 motorcycles a year instead of a possible 1 million. With this circumstance, the need for an assembly line would become obsolete. Each motorcycle could be produced by hand. Honda could rule out benefits that might be derived from the division and specialization of labor. In producing such a small number, the use of any production techniques that reduce average cost would become obsolete. In these two examples, Honda and General Motors would enjoy economies of scale with reduced average cost simply by increasing the scale of their operations.

More broadly, economies of scale can occur for a number of reasons, including specialization efficiencies, volume negotiating/purchasing benefits, better management of by-products, and other benefits of size that translate into savings or greater profitability for a large-scale producer.

In a small firm, labor and equipment must be used to perform a number of different tasks. It is more difficult for labor to become skilled at any one of them and thereby realize the gains in productivity and reduction in per-unit costs that specialization permits. In the same way, management functions cannot be as specialized in a smaller firm. Supervisors may have to devote time to screening job applicants, a task usually more efficiently handled by a personnel department in a larger firm. Executives may have to divide their attention between finance, accounting, and production functions that could be handled more proficiently by departments specializing in each of these areas in a larger firm.

According to Langlois, some economies of scale result from the specialization and division of labor. Mass production allows the use of specialized equipment and automation to perform repetitive tasks. The larger the output of a product, plant, or firm, the greater will be the opportunities for specialization of labor and capital equipment. Similarly, machinery and equipment cannot be used as efficiently when it has to be switched back and forth between tasks.

Increased specialization in the use of labor is feasible as a plant increases in size. Hiring more workers means that jobs can be divided and subdivided. Instead of performing five or six distinct operations in the productive process, each worker may now have just one task to perform. Workers can be used full-time on those particular operations at which they have special skills. In a small plant a skilled machinist may spend half his time performing unskilled tasks, resulting in higher production costs. Furthermore, the division of work operations made possible by large-scale operations gives workers the opportunity to become very proficient at the specific tasks assigned to them. Finally, greater specialization tends to eliminate the loss of time that accompanies the shifting of workers from one job to another.

Oftentimes, the suppliers of raw materials, machinery, and other inputs will charge a lower price per unit for these items if a firm buys in large quantities. When a firm produces at high output levels, it needs a large volume of inputs and can take advantage of the associated price discounts to reduce its per-unit costs; if the company is large enough it may have strong negotiating power on this point. There may be similar economies of scale for stocks of raw materials, and intermediate and final products, part of which may be held to meet interruptions to the supply of raw materials, a temporary breakdown of firms, and the uncertain flow of orders from customers.

ECONOMIC USE OF BY-PRODUCTS.

The production of many types of goods gives rise to economically valuable by-products. Large-scale firms are often able to recycle "waste" by-products that smaller size firms simply have to throw away because it is not economical to do anything else with them. For example, a small sawmill may simply throw away sawdust and old wood scraps. Many processing firms find that the volume of these waste products is large enough to warrant their resale. For example, sawdust can be sold as a sweeping compound for cleaning floors and hallways in large buildings. Wood scraps may be packaged, processed, and sold as kindling wood and artificial logs for home barbecues and fireplaces. In this way, the sale of by-products effectively reduces the per-unit costs of producing lumber in large volumes. For the same reasons, large oil firms often produce a host of petroleum by-products, and meatpacking firms produce fertilizers, glue, leather, and other by-products of meat production.

The growth of supporting facilities and services is encouraged by a firm's large scale of operation. As a firm's scale of operations gets larger, it often becomes worthwhile for other firms and local governments to provide it with unique services that result in direct or indirect cost advantages. If a firm builds a large plant in a particular area, an improvement in highways and expanded transportation services may soon follow. Smaller suppliers that find a large part of their sales going to the larger firm may move closer to reduce transportation costs. All of these developments could result in lower per-unit costs for the large firm.

Larger firms have a cost advantage over their competitors. Not only does a larger plant gain from economies of scale, it also will produce more. Companies often use this advantage as a competitive strategy by first building a large plant with substantial economies of scale, and then using its lower costs to price aggressively and increase sales volume. Large economies of scale cause the firm's long-run average total cost curve to fall over a sizeable range as output is increased. In industries where the technology of production leads to economies of scale, the long-run average total cost curve for a single firm may fall over almost the entire range of output covered by the industry demand curve. When long-run average total cost falls in this fashion, it is possible for a firm that gets into this market ahead of others to obtain a competitive advantage. The ever lower per-unit costs it realizes at higher and higher levels of output permit the firm to charge a price lower than the average per-unit costs that prevail at lower levels of output. In this way, the firm is able to satisfy the entire market demand at a price below that which potential new rival firms must charge when getting started. These new firms would thus not be able to charge a price low enough to compete for sales with the established firm. Therefore, the established firm is able to keep rivals out of the market and maintain a monopoly position.

According to David Kass in his 1998 article, "Economies of Scope and Home Healthcare," economies of scope exist if a firm can produce several product lines at a given output level more cheaply than a combination of separate firms each producing a single product at the same output level. Economies of scope differ from economies of scale in that a firm receives a cost advantage by producing a complementary variety of products with a concentration on a core competency. While economies of scope and scale are often positively correlated and interdependent, strictly speaking the benefits from scope have little to do with the size of output.

For instance, in the paper products industry it is common for large firms to produce their own pulp, the primary ingredient in paper, before manufacturing the paper goods themselves. However, smaller firms may have to purchase pulp from others at a higher net cost than the large companies pay. The savings from producing both pulp and paper would be an economy of scope for the large producers, although the large companies probably also have economies of scale that make it feasible to invest in pulping operations in the first place.

In another example, banks have economies of scope when they offer a variety of related financial services, such as retail banking and investment services, through a single service infrastructure (i.e., their branches, ATMs, and Internet site). Clearly, the costs of providing each service separately would be much greater than the costs of using a single infrastructure to provide multiple services.

Research concerning hospitals has suggested that other types of services, such as pediatric care, may have economies of scope. With increasing competition and emphasis on service, economies of scope are necessary for hospitals to provide these services profitability.

"Diseconomies of Scale." Available from http://www.investopedia.com/terms/d/diseconimiesofscale.asp.

"Diseconomies of Scale." Available from < http://www.tutor2u.net/economics/content/topics/buseconomics/diseconomies.htm >.

"Economies of Scope." Available from < http://www.tutor2u.net/economics/content/topics/buseconomics/economies_of_scope.htm >.

"What Are Economies of Scale?" Available from < http://www.investopedia.com/printable.asp?a=articles/03/012703.asp >.