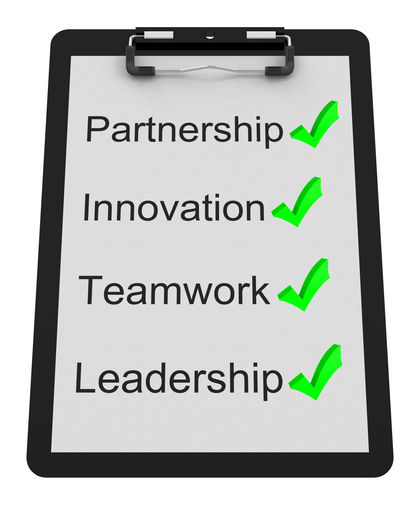 As economies become more globalized, more and more firms are participating in foreign markets. The most popular participation strategies include exporting, licensing, strategic alliances, joint ventures, and direct foreign investment. Each of these involves different levels of risk, capital, and returns.

The use of strategic alliances and joint ventures is rapidly becoming popular with a growing number of multinational firms. According to Cullen, an international strategic alliance is an "agreement between two or more firms from different countries to cooperate in any value-chain activity from R&D to sales". Hitt offered this definition, "joint venture is when an independent firm is created by at least two other firms".

Strategic alliances gained increased popularity in the 1990s, Harbison and Pekar reported that from 1987 to 1992 more than 20,000 new alliances were formed in the U.S, up from 5100 between 1980 and 1987. By 1999, U.S. corporations were involved in over 2,000 alliances with companies in Europe alone, according to Cullen. These cooperative strategies offer many potential advantages to the participant, but they are also pitted with special problems.

Firms may have many motivations to form strategic alliances, and most of these reasons are based on the logic that each partner can bring complementary strengths to the table, resulting in a competitive advantage for the participants collectively. Partners in a strategic alliance can benefit from many aspects of a cooperative relationship: access to unfamiliar or untapped markets, risk sharing, economies of scale, shared technology, and decreased costs.

A partner's knowledge of the local market can be invaluable to a firm if it wants to get its services and products into a new market. This advantage is most easily achieved when the local firm is in a related industry with related products. The local partner knows the buying habits and preferences of the local buyers and suppliers, and he should also have knowledge of the existing channels of distribution. These relationships with others in the value chain may be otherwise unobtainable to an outside firm.

Joint ventures and strategic alliances force companies to share revenues and profits, but they also share the risk of loss and failure. Thus, the popularity of the cooperative strategies increases as projected risk increases, because joint ventures allow firms to take on projects that are otherwise too risky or too costly.

Economies of scale can be achieved when two or more firms pool their resources together, maximizing efficiency based on the project's needs. Cooperative strategies also allow small companies to join together to compete against an industry giant. Companies of different sizes may also benefit from joining together. The large company offers its capital and resources in exchange for the efficiencies or innovations found at the smaller company. An article by Shafer describes how Abrakadoodle—a company that offers creative art classes for children in schools, day care centers, and community programs—established a strategic alliance with Binney and Smith, known for its Crayola brand art products. Abrakadoodle founder Mary Rogers was seeking products of high quality that would be safe for children and that would be available nationally, so all locations could use the same materials in their classes. Since she was already using Crayola products in her classes, she states, "We realized that once we started franchising, the number of Crayola products used in Abrakadoodle classes would grow enormously." After months of negotiation, agreement was reached between the two companies. Crayola products will be featured exclusively in Abrakadoodle classes, Abrakadoodle will be allowed to use the Crayola trademark for advertising purposes and will be eligible for discounts on Crayola products. Both companies are benefiting from their shared vision for encouraging children's artistic creativity.

In cases where firms do not have the same strengths, creating alliances can allow them to share technology. This, in turn, can help firms produce more efficiently or at a higher quality. Firms must learn to recognize which other companies can offer complementary skills or technology.

When companies from developed countries cooperate with companies in less developed countries, they usually realize huge cost savings by seeking cheaper labor and untapped reserves of material. The company from the less developed country benefits from advanced technology and increased access to capital. Both companies benefit from the cooperative alliance. Many U.S. firms have been attacked for taking their manufacturing plants "south of the border" to Mexico and thereby harming American workers. The firms are criticized because they join with governments in developing nations so that they can obtain cheaper labor in less developed countries, thus lowering their production costs. Many argue that it harms American workers, but opponents often overlook the advantages that the developing country receives. Often, the large American company provides jobs to areas with alarmingly high unemployment rates and offers them infrastructure and support that they never had before.

In order to realize such benefits, many considerations must go into choosing a partner for a joint venture or a strategic alliance. Choosing a strategic alliance or joint venture partner is very important and can prove to be very difficult. Inherent in partner selection is the understanding of potential partners' goals. For one thing, a potential partner must have complementary strategic objectives. A venture will not succeed if the objectives are in conflict, but the objectives do not need to be identical. For example, a Korean radio manufacturer has advanced technology and this technology is attractive to the largest radio manufacturer in Germany. The German firm controls 80 percent of the German market. These firms have complementary objectives. The Korean firm will provide the German firm with the advanced technology, and the German firm will provide the Korean firm accesses into a new market. It is important that each partner understand and accept the other's objectives.

Potential partners should also possess complementary skills. Each partner must contribute more than capital to the project, bringing other competencies into the venture. One firm may bring technical skills and another may bring knowledge of the market. There are many skills that a firm can bring into the relationship: managerial expertise, production facilities, or access to limited resources. Skills are most easily meshed when partners have similar, but not identical, products. If both produce an identical product it may be difficult for them to work together. Even if skills are complementary competition may drive them apart and cause the venture to fail.

While the partners must offer complementary objectives and skills, both partners must believe that they can trust each other and that mutual commitment is a reality. As Cullen explained, "A common theme among managers from both failed and successful strategic alliances is the importance of building mutual trust and commitment among partners. No matter how mutually beneficial and logical the venture may seem … without trust and commitment the alliance will fail entirely, or it will fail to reach its strategic potential". There are a variety of ways that a company can attain and sustain commitment and trust in cooperative ventures. Goal and intent revelation is a crucial step toward building trust.

The shared management structure and the split-control management structure are very similar. In these structures, both parent companies share decision-making responsibilities. In the shared structure, there are an equal number of managers in controlling positions from each company (board of directors, top management, and functional management). In split-control structures, there are not equal numbers of managers from each company at the functional level. In areas of expertise, one company may hold most or all of these positions. This can be because of differences in expertise or because one firm may insist on this type of arrangement if they do not want to share their knowledge or technology.

In a rotating management structure, key positions of the hierarchy rotate between firms. Each firm assigns a person for their term. This structure is popular when an alliance partner is from a less developed country. With this type of management, local management can be trained so that technology and expertise are transferred to the community, according to Cullen.

Not all joint ventures and strategic alliances cross international boundaries. Companies in the same country can achieve many of the same benefits found in an international cooperative agreement. For instance, Zuber reported that in 1999, CKE Restaurants, the parent of Carl's Jr. and Hardee's fast-food restaurants, entered into a joint venture with Houston-based Equilon Enterprises and Motiva Enterprises, owners of Shell and Texaco gas station franchises. Under the plan, full-size CKE restaurants would be built next to the gas stations, as opposed to having smaller, more limited outlets operating from within the gas stations' convenience stores. This would enable CKE to get into new markets, and they will do so paired with two established gasoline brands. The gas stations hoped to benefit from increased traffic because they now would offer a single place to fill a gas tank and fill a customer's stomach.

Just as the companies that come together are quite varied, so are their reasons for doing so. There is, however, one best reason for bringing two firms together: synergy. Synergy is the realization that the whole may be greater than the sum of the parts, according to Hitt. Often, when two firms are combined, they find that their new venture is greater than the sum of what each could have done independently. Many of the reasons presented create synergy, but one must analyze the venture to make sure that it creates something greater than the two companies could have been on their own. When there is synergy, new products are created for the market quicker or better than they would have been if the companies had kept their resources to themselves. If there is synergy, everyone benefits.