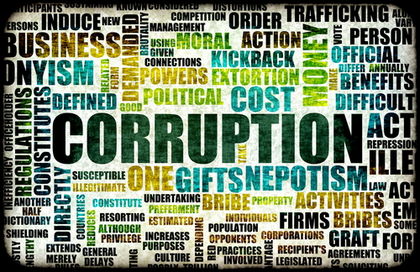 Nepotism describes a variety of practices related to favoritism; it can mean simply hiring one's own family members, or it can mean hiring and advancing unqualified or under qualified family members based simply on the familial relationship. The word nepotism stems from the Latin word for nephew, especially the "nephews" of the prelates in medieval times. While attitudes toward nepotism vary according to cultural background, nepotism is a sensitive issue in American business. Many companies and individuals consider the practice to be unethical, largely due to its conflict with traditional American values of self-reliance and fairness.

In Western societies nepotism raises legal concerns. Although U.S. laws do not specifically prohibit hiring one's relatives, studies show that between 10 and 40 percent of U.S. companies maintain formal policies prohibiting such a practice. Many of these anti-nepotism rules were instituted in the 1950s with the aim of preventing the hiring of incompetent male relatives of male employees. In the 1960s and 1970s the same rules applied but failed to reflect the change in the workforce as more women entered the job market; females were often the victims of these rules, however, and many were forced to quit.

Nepotism is also tied to discrimination issues and pragmatic concerns. There is substantial debate over whether employers with any form of biased preferences for hiring, including nepotism, can even survive in the business market, ethical issues notwithstanding. On the other hand, approximately 40 percent of Fortune 500 firms are family-owned, and the success of these businesses can be viewed as an implicit endorsement of nepotism.

Larry Singell and James Thornton identify four levels of anti-nepotism rules. They note that companies may institute policies that prohibit the employment of a current employee's relatives

Even if a company has a clearly stated policy, complications may follow in its enforcement. For example, the increase in dual-career marriages increased legal challenges to nepotism issues. Employees occasionally meet at work, socialize, fall in love, and eventually marry. In some cases, couples have had to decide which spouse has to quit, as company policy would not allow them to work for the same organization. Do practices such as hiring, or even not firing, family actually constitute discrimination?

Further, even if there is no complication between the two individuals as a result of marriage, there is sometimes pressure from in-laws and even close friends of in-laws for favoritism in hiring. There appear to be differences in nepotism practices between family-owned businesses and publicly owned businesses. Most family-owned businesses simply expect family to be involved in the future, as do the in-laws who join the family. However, there are usually more formal rules for publicly held companies; these companies must therefore be cautious, since they are open to outside scrutiny over their hiring and promotion practices.

If practiced fairly (itself a contentious term in this regard), nepotism can be a true asset, Sharon Nelton suggests, citing the example of Thomas Publishing Company. In 1998 there were seven third- and fourth-generation family members working for the company. The third-generation president, Tom Knudson, encouraged nepotism among their independent sales contractors because he believed it resulted in high performance, stability, and long-term commitment.

Chad Kaydo also writes that nepotism may be viable. For example, a top salesperson's relative may have many of the same qualities that make the representative successful. Recruiting family members can therefore boost both performance as well as retention. For instance, one senior contractor began working for Thomas in 1940. By 1998 his wife and three of his adult children (two daughters and a son) all worked for the company. The son encountered a challenge when calling on a client at odds with the senior contractor. He easily and politely diffused the situation using the diplomacy techniques he had gleaned from his father, the very senior contractor the client disliked, and gained a larger-than-usual sale.

In the 2000s the tide in business seemed to be turning toward policies that encouraged hiring qualified relatives and spouses, with idea that good people tend to associate with good people. Jacquelyn Lynn noted that such policies can promote employee satisfaction by aiding individual efforts to balance professional and personal lives. Hiring family members can also provide benefits to companies, for example by reducing their health insurance costs.

There are, to be sure, nepotism disasters. Lines Brothers in Britain, once a highly successful maker of Triang toys, was rendered worthless in a just a few years by its second generation of leadership. Yale Express, a U.S. delivery company, was bankrupt within five years of the second generation assuming the presidency. The Great Atlantic and Pacific Tea Company (A&P) was once the largest supermarket chain in the United States, but went bankrupt under its heir.

Linda Wong and Brian Kleiner suggest that trouble arises most often when family and business needs conflict. A family's purpose is to care for and nurture family members; a business must produce quality goods and/or services as efficiently and as profitably as possible. If a company hires or promotes an incompetent family member, other employees may see this is a gross injustice and many complications may result. More directly, the unqualified heir may simply instill policies that drive the company into the ground.

Nepotism can also publicize family disagreements and prejudices to those within the company. It may even cause a company to lose valued executives and make it very difficult to attract and retain high-quality newcomers.

Abdalla Hayajenh, Ahmen Maghrabi, and Taher Al-Dabbagh note that nepotism has maintained a particularly strong footing in the Arab world. They indicate that the major factors behind nepotism in Arab countries include:

In Asia the majority of entrepreneurs look to the family, rather than the broader populace, for the succession of the business. Studying Asian nepotism practices, Leon Richardson holds that nepotism works as well as any other management choice as long as one never tolerates incompetence. He notes that the Japanese successfully use nepotism, with senior men and women enjoying power and not hesitating to fire an incompetent "nephew."

In addition, many Latin American counties accept nepotism as the norm and are baffled by the oftennegative U.S. attitude toward the practice. As one South American executive commented, "If I cannot hire and trust my own family, just who can I trust?"

Craig Aronoff and John Ward argue that the key to the successful use of nepotism is clear communication of the rules before they are needed and fair application of the rules as needed. They believe in holding relatives to at least three standards in hiring:

Many experts believe that outside experience is vital to the potential family-member hire. They feel the family member should establish their own competence and professional sense of worth before assuming work responsibilities within the family's firm. Testing and honing their skills and abilities allows them to bring expertise to the enterprise.

In the first sixteen years of business, CAM Specialty Products practiced a strict policy of not hiring family members. However, in 1997 an opportunity to invest in Deckare appeared and co-owner Gordon Hammett hired his son as work crew chief to handle on-site fieldwork. Hammett interviewed his son like all other candidates and honestly felt his son was a perfect fit for the job; he was familiar with his son's work ethic and knew his son enjoyed the type of work. As a result, the decision met with great success. The key was to have clear criteria for the job and to apply them consistently for all candidates, neither favoring nor discriminating against family members.

Nepotism is not a new phenomenon in business, but it is of particular interest as the world of business shrinks due to rapid travel and convenient and fast technological communication. As business becomes increasingly globalized, it is crucial to understand how cultural attitudes toward nepotism vary between the different countries in which a business operates. Furthermore, as more families rely on multiple incomes for their standard of living, the ethical and pragmatic considerations regarding nepotism must be carefully negotiated to ensure the most effective overall business strategy. While certain guidelines have been known to effect a smooth incorporation of nepotism into a successful business, there are no definitive strategies. Clearly, however, nepotism can lead to success if applied appropriately, or to disaster if applied without careful consideration of the all variables involved.

Nelton, Sharon. "The Bright Side of Nepotism." Nation's Business, May 1998.

Padgett, Margaret Y., and Kathryn A. Morris. "Keeping it 'All in the Family': Does Nepotism in the Hiring Process Really Benefit the Beneficiary?" Journal of Leadership and Organizational Studies (Winter 2005).