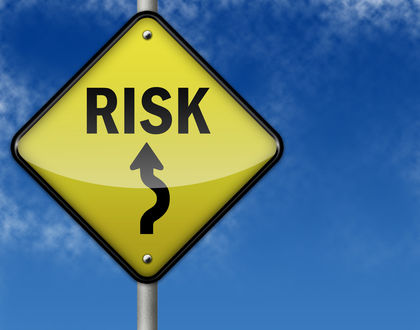 Opportunity costs are often overlooked in decision making. For example, to define the costs of a college education, a student would probably include such costs as tuition, housing, and books. These expenses are examples of accounting or monetary costs of college, but they by no means provide an all-inclusive list of costs. There are many opportunity costs that have been ignored: (1) wages that could have been earned during the time spent attending class, (2) the value of four years' job experience given up to go to school, (3) the value of any activities missed in order to allocate time to studying, and (4) the value of items that could have purchased with tuition money or the interest the money could have earned over four years.

These opportunity costs may have significant value even though they may not have a specific monetary value. The decision maker must often subjectively estimate Opportunity costs. If all options were purely financial, the value of all costs would be concrete, such as in the example of a mutual fund investment. If a person invests $10,000 in Mutual Fund ABC for one year, then he forgoes the returns that could have been made on that same $10,000 if it was placed in stock XYZ. If returns were expected to be 17 percent on the stock, then the investor has an opportunity cost of $1,700. The mutual fund may only expect returns of 10 percent ($1,000), so the difference between the two is $700.

This seems easy to evaluate, but what is actually the opportunity cost of placing the money into stock XYZ? The opportunity cost may also include the peace of mind for the investor having his money invested in a professionally managed fund or the sleep lost after watching his stock fall 15 percent in the first market correction while the mutual fund's losses were minimal. The values of these aspects of opportunity cost are not so easy to quantify. It should also be noted that an alternative is only an opportunity cost if it is a realistic option at that time. If it is not a feasible option, it is not an opportunity cost.

Opportunity-cost evaluation has many practical business applications, because opportunity costs will exist as long as resource scarcity exists. The value of the next-best alternative should be considered when choosing among production possibilities, calculating the cost of capital, analyzing comparative advantages, and even choosing which product to buy or how to spend time. According to Kroll, there are numerous real-world lessons about opportunity costs that managers should learn:

Because most finance managers operate on a set budget with predetermined targets, many businesses easily pass over opportunities for growth. Most financial decisions are made without the consultation of operational managers. As a result, operational managers are often convinced by finance departments to avoid pursuing value-maximizing opportunities, assuming that the budget simply will not allow it. Instead, workers slave to achieve target production goals and avoid any changes that might hurt their short-term performance, for which they may be continually evaluated.

People incur opportunity costs with every decision that is made. When you decided to read this article, you gave up all other uses of this time. You may have given up a few minutes of your favorite television program or a phone call to a friend, or you may have even forgone the opportunity to invest or earn money. All possible costs should be considered when making financial or economic decisions, not simply those that can be concretely measured in terms of dollars or rates of return.

"Opportunities Lost Because 'There Isn't the Budget'?" Management Accounting, June 1998, 7.