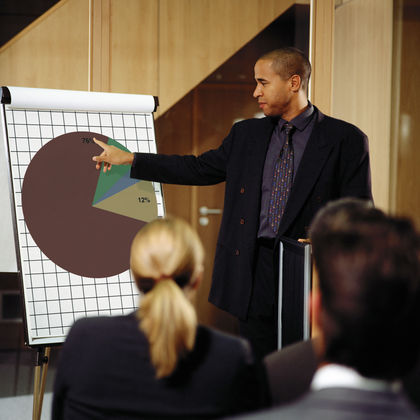 During the late 1950s and early 1960s, several large corporations began acquiring other companies to diversify their operations. Diversification allowed them to offset their losses in a failing industry with profits from other unrelated, successful industries. Such phenomena caused concerns about the potential of conglomerates to concentrate excessive economic power in the hands of a few corporations. This led to the passage of the Williams Act in 1968, which required the acquiring company to fully disclose the terms of an impending acquisition and to allow a period for competing offers for the target company to be made. By the late 1970s, the pace of acquisition nearly came to a halt. In 1982, however, the U.S. Supreme Court passed a landmark ruling in the case of Edgar v. MITE Corp. that invalidated the basis for anti-takeover laws in thirty-seven states. Furthermore, under the Reagan administration, the U.S. Department of Justice followed a lax policy towards enforcing anti-takeover laws. No longer able to shelter themselves against unfriendly takeover bids, many companies opted to devise anti-takeover strategies. At that time there was a significant increase in poison pill adoptions. However, in light of recent corporate scandals and an overall perception of poor corporate ethics poison pills began to show a decline between 2002 to 2004.

Most poison pill strategies involve some form of discrimination against the acquiring company. The most commonly used strategy is called the "flip over" or the shareholder rights plan. Under this strategy, the holders of common stock of a company receive one right for each share held, which allows them an option to buy more shares in the company. The rights have a set expiration date and do not carry voting power. They are worthless at the time of the offering because the exercise price is set well above the going market price of common shares. A shareholder cannot sell these rights independently as they trade together with the shares. When a suitor company makes an unwelcome bid, the rights begin trading separately from the shares. If the takeover bid is successful, the shareholder rights may be exercised to purchase shares at a discount of as much as fifty percent from the going market price. All the shareholders except the acquirer can exercise their rights to purchase shares at discount. This results in a significant dilution in the share holdings of the acquirer, possibly placing the control of the firm in jeopardy. The attempted takeover bid becomes expensive. If the takeover bid is abandoned, the company might redeem the rights, usually at five cents per share.

A variation of the flip over is the "flip-in" plan. The plan allows the rights holder to purchase shares in the target company at a discount upon the mere accumulation of a specified percentage of stock by a potential acquirer. For example, the rights become exercisable to purchase the target company's common stock at 50 percent discount from market price in the event the acquirer purchases more than, say, 30 percent ownership in the target company. The acquirer is precluded from exercising flip-in rights. This strategy allows more power than the "flip-over" rights plan and, therefore, has become a common form of poison pill adopted by many U.S. corporations.

The target company issues debt securities on certain stipulated terms and conditions in order to discourage a hostile takeover bid. Examples include covenants that severely restrict the company's ability to sell assets, an increase in the interest rates, an acceleration of the maturity date, a conversion of debt to equity at favorable rates, and rights to buy notes at a substantial premium to the prevailing market price at the time of the takeover bid.

Under this plan, the target company issues rights to its stockholders in the form of a dividend. When an acquirer purchases a specified percentage ownership in the target company, the target shareholders, excluding the acquirer, are entitled to sell their common stock back to the company for a specified sum of cash, debt securities, preferred stock, or some combination thereof. This form of poison pill strategy is rarely used by the U.S. corporations.

On 5 November 1998, Motorola, Inc. adopted a new rights plan to replace an existing plan. Under the plan, one right attaches to each existing share of common stock. If a person or group acquires a ten percent stake, all other right holders will be entitled to purchase the company's stock at a fifty percent discount. Motorola may redeem the new rights at one cent per right at any time before a person or group takes a ten percent stake.

On 13 October 1998, Baldwin Piano & Organ Company announced a shareholder rights plan by declaring a dividend of one stock purchase right for each share of common stock owned. Unlike rights plans adopted by other companies, Baldwin's innovative plan would permit a qualified offer to go forward without the board's approval. A qualified offer must be all cash, made to all shareholders, contain a firm financing commitment, and a fairness opinion from an investment bank. A qualified offer must result in the acquirer gaining at least seventy-percent of Baldwin's then outstanding shares.

In late 2004 PeopleSoft management attempted to use a poison pill that would be triggered when twenty percent of the company was acquired however shareholder interest in accepting the takeover by Oracle Corp. led to an eventual merger of the two companies.

Cisco had implemented a poison pill plan triggered when an individual or group acquired more than fifteen percent of the company. The plan was set to expire in 2008 however, in March 2005 Cisco decided to end the shareholder rights' program citing revision of its corporate governance procedures.

The net effect of a poison pill strategy is to make it prohibitively expensive for an acquirer to buy the control of a company. The underlying assumption is that the board will always act in the best interest of the shareholders, a view that is explicitly rejected by agency theorists. Agency theorists have argued that the practice of allowing management to adopt poison pill strategy has reduced the number of potential offers and actual takeovers. In doing so, they have protected incumbent management at the expense of shareholders. It is argued that poison pills have the effect of perpetuating inefficiencies and poor management that ultimately is reflected in lower stock values.

Boards of directors invariably argue that poison pill strategies have exactly the opposite effect on stock values. They help maintain their independent decision making power to run their companies in the best interests of the shareholders. Poison pill strategies also provide bargaining strength to the board in order to extract the most value for the stock from a potential acquirer.

While there are merits to the arguments on both sides, an efficient allocation of resources through merger and acquisition activities can only enhance shareholders' wealth no matter how hostile the tender offers of corporate raiders. Many of the defensive tactics of management should be opposed by the shareholders as they might cause a loss of their wealth, although other defensive actions-for example, by soliciting competitive bids-can increase their wealth.