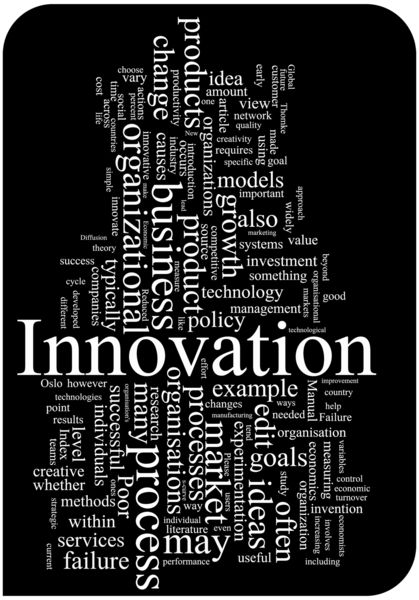 Productivity is an overall measure of the ability to produce a good or service. More specifically, productivity is the measure of how specified resources are managed to accomplish timely objectives as stated in terms of quantity and quality. Productivity may also be defined as an index that measures output (goods and services) relative to the input (labor, materials, energy, etc., used to produce the output). As such, it can be expressed as:

Productivity is an objective concept. As an objective concept it can be measured, ideally against a universal standard. As such, organizations can monitor productivity for strategic reasons such as corporate planning, organization improvement, or comparison to competitors. It can also be used for tactical reasons such as project control or controlling performance to budget.

Productivity is useful as a relative measure of actual output of production compared to the actual input of resources, measured across time or against common entities. As output increases for a level of input, or as the amount of input decreases for a constant level of output, an increase in productivity occurs. Therefore, a "productivity measure" describes how well the resources of an organization are being used to produce input.

Productivity is often confused with efficiency. Efficiency is generally seen as the ratio of the time needed to perform a task to some predetermined standard time. However, doing unnecessary work efficiently is not exactly being productive. It would be more correct to interpret productivity as a measure of effectiveness (doing the right thing efficiently), which is outcome-oriented rather than output-oriented.

Managers generally utilize partial productivity measures because the data is readily available. Also, since the total of multifactor measures provides an aggregate perspective, partial factor productivity measures are easier to relate to specific processes. Labor-based hours (generally, readily available information) is a frequently used input variable in the equation. When this is the case, it would seem that productivity could be increased by substituting machinery for labor. However, that may not necessarily be a wise decision. Labor-based measures do not include mechanization and automation in the input; thus when automation replaces labor, misinterpretation may occur.

A subset of inputs might consist of only labor and materials or it could include capital. Examples include:

Obviously, the different factors must be measured in the same units, for example dollars or standard hours.

A broader gauge of productivity, total factor productivity is measured by combining the effects of all the resources used in the production of goods and services (labor, capital, raw material, energy, etc.) and dividing it into the output. As such the formula would appear as:

Total Factor Productivity is a measure favored by the Japanese, whereas labor productivity is the measure favored by the United States. As such, the individual "productivity" of the American employee tends to be the best in the world, in that an American employee can purchase more eggs per one hour of work than anyone else in the world. But as a measure of national productivity, the Japanese have, in the past, tended to be better performers.

Experts have cited a need for a measurement program that gives an equal weight to quality as well as productivity. If quality is included in the ratio, output may have to be defined as something like the number of defect-free units of production or the number of units which meet customer expectations or requirements.

The determination of when productivity measures are appropriate performance measures depends on two criteria. The first is the independence of the transformation process from other processes within the organization. Second is the correspondence between the inputs and outputs in the productivity measurement process.

USE OF PRODUCTIVITY MEASURES

Managers are concerned with productivity as it relates to making improvements in their firm. Proper use of productivity measures can give the manager an indication of how to improve productivity: either increase the numerator of the measure, decrease the denominator, or both.

Managers are also concerned with how productivity measures relate to competitiveness. If two firms have the same level of output, but one requires less input thanks to a higher level of productivity, that firm will be able to charge a lower price and increase its market share or charge the same price as the competitor and enjoy a larger profit margin.

Since productivity is a relative measure, for it to be meaningful or useful it must be compared to something. For example, businesses can compare their productivity values to that of similar firms, other departments within the same firm, or against past productivity data for the same firm or department (or even one machine). This allows firms to measure productivity improvement over time, or measure the impact of certain decisions such as the introduction on new processes, equipment, and worker motivation techniques.

There is quite a variety of factors which can affect productivity, both positively and negatively. These include:

Any of these scenarios may be realized through improved methods, investment in machinery and technology, improved quality, and improvement techniques and philosophies such as just-in-time, total quality management, lean production, supply chain management principles, and theory of constraints.

A firm or department may undertake a number of key steps toward improving productivity. William J. Stevenson (1999) lists these steps to productivity improvement:

As a cautionary word, organizations must be careful not to focus solely on productivity as the driver for the organization. Organizations must consider overall competitive ability. Firm success is categorized by quality, cycle time, reasonable lead time, innovation, and a host of other factors directed at improving customer service and satisfaction.

PRODUCTIVITY AT THE NATIONAL LEVEL

Productivity growth in the United States lagged that of other leading industrial countries in the 1970s and 1980s. This caused some concern among American government officials and business leaders. Although, the United States' productivity was still among the world's highest, it was losing ground to other nations, most notably Japan, Korea, the United Kingdom, and West Germany.

Concern was especially great in the area of manufacturing; a significant portion of American productivity could be attributed to high agricultural productivity, whereas manufacturing tended to be lower. Productivity in services lagged that of both agriculture and manufacturing. However, the picture may be changing. While the United States' productivity growth slowed during the late twentieth century, it has since increased. With the aspect of automation within service industries, service sector productivity is continually on the increase.

Improving productivity is of national importance because, for a society to increase its standard of living, it must first increase productivity. Overall productivity for individual countries is calculated by dividing output, as measured by GDP or GNP, by the country's total population. Thus, productivity is measured as the dollar value per capita outputs. An increase in this measure of productivity means that each person in the country, on average, produced more goods and services. Also if productivity increases, then profits increase. The resulting profits can then be used to pay for wage increases (inherent in inflation) without having to raise prices. In this way, productivity gains actually help curb inflation.

It has been estimated that technology was responsible for at least half of the growth in productivity in the United States between 1948 and 1966. It would appear, then, that if the United States wants to continue to increase productivity, technology may be the key. Extensive press attention has focused on the factory of the future, where factory workers are being replaced in order to improve flexibility and productivity. Apparently, the role and importance of productivity will not diminish any time soon.

do you have a study or research about the total factor productivity of input and output index of a hospital?