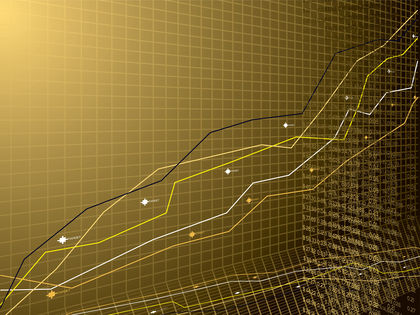 Lawrence D. Miles developed Value Analysis (VA) at General Electric in 1947. The technique simultaneously pursues two complimentary objectives: maximizing the utility provided by the product or service and minimizing or eliminating waste. Toward this end, the value content of the product or process realized by the consumer is defined. Using the user's definition of value as a filter, the product's components or the steps in the production or service-delivery process are classified as either value-added or non-value-added. The analyst's goal is to eliminate as much of the non-value-added elements as possible by reengineering the design of the product or process. Equally important, the analyst also considers the possibility of substituting functionally equivalent elements for the value-added elements of the product or process design. In the latter case, a substitution is justified when the functionality of the element is maintained or enhanced at a reduced cost to the producer.

Value analysis may be applied to the design and redesign of products, services, and processes. All that is required is that the item under analysis be capable of being divided into mutually exclusive and collectively exhaustive elements. In the case of a product design, the product's bill of materials provides the necessary list of components. In the case of a service delivery or production process, a list of the individual tasks performed to achieve the ultimate objective are sufficient. The function of each product or process element is then identified and classified. Then the analyst must operationally define value within the context established by the product or process under review. Using this definition, each function is analyzed to determine whether or not and how it adds value. Finally, design changes may be proposed to eliminate, reduce, or replace elements that fail to add sufficient value to the overall product or process.

The first task facing the value analyst is to operationally define value within the context of a particular product or process. In doing so it is important to acknowledge that value is subjective. Just as beauty lies in the eyes of the beholder, value is highly dependent upon perspective. Therefore, it is useful to recall that all products and processes have multiple stake-holders. Indeed, in operationally defining value, the analyst might consider the perspectives of end consumers, individuals making the purchasing decision, suppliers, employees, managers, creditors, investors, regulators, and even the local community. While not all of these potential stakeholders will be concerned with every product or process, an initial consideration of which perspectives to consider is helpful in identifying a robust definition of value to drive the extended analysis. Frequently, the analyst will discover that the different perspectives will lead to conflicting definitions of value. While this complicates the task at hand, honing in on an acceptable definition of value often requires balancing competing demands.

The value-definition phase begins with the gathering of information. The value analyst should have a clear idea of the scope of the review expected. Then each stakeholders' perspective should be explored to determine what they consider to be valuable. What are the utilities expected to be provided by the product or the objectives to be achieved by the process? Are there specific operational goals that should be considered? For example, is there an expectation that all telephone orders will be delivered within twenty-four hours? At this initial stage, each stakeholders experience with the product or process should be broadly considered in order to facilitate the consideration of integrating complimentary elements in the product or process design. Information regarding stakeholder requirements may be revealed through direct observation, focus groups, interviews, surveys or other methods.

The next step is to identify the as-is state of the product or process under review. In the case of a product design, this may be as simple as developing a bill of materials detailing the relevant components. In the case of a service delivery or production process, a flowchart is commonly used to graphically illustrate the tasks performed to achieve the current output. One of the primary purposes of creating an as-is representation is to ensure that existing problems are not duplicated in a new design. Information about component failures, warranty claims, and customer complaints can be quite valuable at this stage. A physical walk-through to observe the flow of a process or dismantling of a product may also provide useful information. Any deviations between the as-is documentation and what the analyst sees should be recorded. It is also useful to note any differences between how different employees perform the same task or any variation of the same component provided by different suppliers.

The next step of the analysis is to determine the function of each element (each product component or each process task) identified in the as-is documentation. The convention is to use a verb-noun pair to describe the intended result or objective for each element-essentially what contribution the element makes. The verb answers the question "What is to be done?" The verb sets the action to be taken. The noun answers the question "What is it being done to?" The noun signifies what is acted upon. The activity of generating these pairs is more complicated than it appears to be. In practice, it is common to generate several verb-noun pairs that describe the objective or intended result of that element. For example, the function of a light bulb filament might be alternatively described as "generate light" or "convert energy." Each function is then classified as either primary or secondary. The primary functions are the basic reasons that the product or process exists. Secondary functions are those that serve to support or make possible the primary functions. These secondary functions are generally a consequence of the specific design chosen to achieve the product or process' primary function. Therefore, the design elements that provide only secondary functions are prime candidates for elimination or improvement. They also provide a framework for evaluating the elements that provide the associated prime function. The analyst can examine the element providing the primary function to determine whether it can be replaced or redesigned in such a way that the need for the secondary support function is eliminated.

Distinguishing primary and secondary functions is sometimes difficult in practice. To address this concern, Charles Bytheway developed the Function Analysis System Technique (FAST) at Univac in 1964. FAST builds on the VA verb-noun pair analysis by linking those verb-noun pairs to describe complex systems. Bytheway's technique relied on a series of standardized fill-in-the-blank questions. By inserting the verb-noun functions identified through value analysis into the standardized questions, FAST seeks to identify the cause-and-consequence relationships among the various product or process elements. These relationships can then be graphed as a network diagram, with the verb-noun pairs representing the product or process elements as the nodes and the causal relationships represented as the arcs. FAST then identifies those elements that are essential to providing the product or process basic function as the critical path. Everything that falls outside this critical path is then considered as a prime candidate for elimination or improvement.

Bytheway's set of original questions for FAST includes the following:

The function of each design element is then reviewed against the operational definition of value to determine whether and how it contributes to the worth of the product or process. Although each situation is unique, several functions are commonly considered to be non-value-added. The following list is a small sample of highly suspect verbs:

However, identifying non-value-added design elements is only one aspect of the value assessment. The value-added elements should also be appraised. For example, assume that our evaluation has determined that the function of a bolt is to "attach-component." Our initial analysis reveals that this is a secondary function that supports the overall operation of our product and is therefore value-added. However, during the information-gathering phase of our analysis we discovered that several warranty claims can be traced to the failure of this bolt. Based upon this information we should then consider whether a substitute component might provide a higher level of value. In this situation we might consider a bigger, stronger bolt. If the revised design leads to fewer failures, our customers might experience fewer field failures. In addition, even though the new component presumably costs more than the original, we may find the overall product profitability improved if the reduced warranty claims offset the higher production costs. We might also choose to extend our analysis to consider other functionally equivalent components to the original bolt. Returning to our example, the function of the bolt was to "attach-component." Several other design elements might perform the same fastening function at either a reduced cost or improved performance level. A more complete analysis might consider substituting a screw, a rivet, adhesive, or even a weld for the troublesome bolt. Each potential substitution has its own implications for production costs and stakeholder satisfaction.

A useful device for communicating the relative improvement of one design over another is to measure the value-added content of each product or process design. When evaluating alternative process designs, a common unit of measurement is elapsed time. This is generally accomplished by calculating the percentage of time allocated to performing value-added tasks relative to the total process throughput time. In general, the process with the higher percentage of value-added activity will also have the shortest total throughput time. If this is not true, it probably indicates that the process output is significantly improved in the longer, but more value-added, process. In these cases, the absolute values for value-added and non-value-added activity may be more relevant. Another common unit of measure is manufacturing costs. In general, the accounting techniques of activity-based costing are used to allocate the costs to specific design elements. Again, either percentage or absolute measures may be appropriate for evaluating alternative designs. A third common objective, particularly for comparing product designs, is weight. The underlying rationale is that a lower weight generally indicates less material used-hence lower manufacturing costs. In addition, handling, transportation, and operating costs are also commonly reduced in proportion to product weight. Ultimately, the appropriateness of any unit of measure is dependent upon the product or process under review and the intentions of the value analyst.