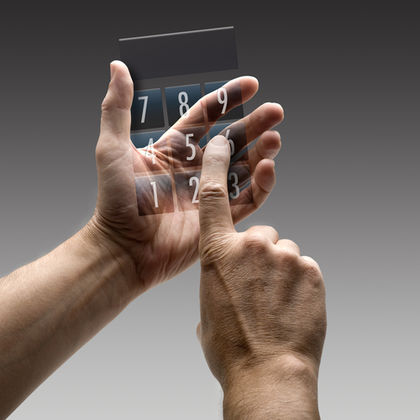 The budgeting process is an essential component of management control systems and has been an effective system by which management can successfully plan, coordinate, and control. The process involves the creation and implementation of the broad objectives of an organization, the detailed objectives, and a short-term and long-term financial plan. The philosophy and procedures used to implement zero-base budgeting in industry and government settings are quite similar, only slightly differing with the mechanics to fit the specific needs of each organization.

Government budgeting was established in Great Britain in the late 17th century. The enactment of the 1689 Bill of Rights gave taxing authority to Parliament as opposed to the King. Parliament gradually established spending programs and by the 1820s published detailed annual financial statements showing revenues and expenditures and a projected surplus or deficit. The usage of budgets by the United States government did not begin until 1800 when a law was passed for the Secretary of the Treasury to submit an annual financial report to Congress. This action was not taken by the Treasury department, and instead, federal government agencies developed their own reports and submitted them to the Treasury.

Several attempts were made in the early 1900s to implement federal budgeting and financial management, but each failed, even though 44 individual states had already passed laws concerning budgets. Congress passed the Budgeting and Accounting Act in 1921 along with the creation of a centralized Bureau of the Budget. Although created in 1921, it was not until the mid-1940s that the federal budget included identification of the major goals and program objectives, a systematic analysis of supplies and needs for both military and civilian purposes, and a long-range plan of projects. In the 1960s, the Planning-Programming-Budgeting System (PPBS) was adopted by President Lyndon B. Johnson to be implemented throughout the federal government.

President Carter, while still governor of Georgia in 1973, contracted with Pyhrr to implement the system for the entire executive budget recommendations for the state of Georgia. However, when the system was applied to governmental budgeting, it failed due to the great amount of effort and time required development and implementation. With further refinement, however, zero-based budgeting was largely hailed as a success when introduced to Congress in 1977.

Early business budgets focused on controlling costs and little emphasis on measuring effectiveness. In the early 1900s, the use of budgets increased due to the necessity for industries to implement more careful factory planning. A systematic plan of budgeting arose from two areas: industrial engineering and cost accounting. Scientific methods were used by industrial engineers to arrive at production standards, which could then be used to estimate future operations and performance standards. Cost accountants used budgeting to establish standard costs and to estimate future expected costs in a budgetary form. Also at this time, texts on budgeting and managerial accounting began to emerge.

As zero-based budgeting gained traction in the 1970s among public budgeting constituents, it also gained popularity among private enterprises, and during this time a number of organizations modified and implemented the system. An example of an organization successfully implementing this system is the Florida Power and Light Company. In 1977 zero-based budgeting became required for all Florida Power and Light general office staff departments. Ben Dady, the company's director of management control, favored the system because when managers develop the zero-based budget, they begin with nothing in terms of budgeted dollars, and have to justify or prove why they need to spend money on each activity or project for all the dollars they expect to spend. New and old problems are treated equally. Every managerial activity is properly identified and then evaluated by analyzing more efficient ways and alternative levels of performing the same activity. These alternatives are then ranked and relative priorities are established.

The publicity in the 1970s surrounding zero-based budgeting gave the impression that the system was a relatively new technique, although the system was not new at all. Zero-based budgeting is quite similar to the Planning-Programming-Budgeting system, implemented in the 1960s. Both systems involve evaluating the inputs and outputs for specific activities, as opposed to the traditional line-item format.

The zero-based budgeting system puts the burden of proof on the manager, and demands that each manager justify the entire budget in detail and prove why he or she should spend the organization's money in the manner proposed. A "decision package" must be developed by each manager for every project or activity, which includes an analysis of cost, purpose, alternative courses of action, measures of performance, consequences of not performing the activity, and the benefits.

This approach is different than traditional budgeting techniques due to the analysis of alternatives. Managers must identify alternative methods of performing each activity first, such as evaluating the costs and benefits of making a project or outsourcing it, or centralizing versus decentralizing operations. In addition, managers must identify different levels for performing each alternative method of the proposed activity. This means establishing a minimum level of spending, often 75 percent of the current operating level, and then developing separate decision packages that include the costs and benefits of additional levels of spending for that particular activity. The different levels allow managers to consider and evaluate a level of spending lower than the current operating level, giving decision-makers the choice of eliminating an activity or the ability to choose from a selection of levels of effort including tradeoffs and shifts in expenditure levels among organizational units.

The decision packages must be ranked in order of importance once they have been created. This allows each manager to identify priorities, combine decision packages for old and new projects into one ranking, and allows top management to evaluate and compare the needs of individual units or divisions to make funding allocations. In this respect, zero-based budgeting is quite different than traditional rolling budgets. Rolling budgets often appeal to people who prepare budgets because they make budget development much easier. Managers can add an inflation factor to the previous year's budget and then include any adjustments for major changes. Rolling budgets also give management a concrete number to help make comparisons from year to year. However, traditional rolling budgets have a tendency to create conflict; they can create an incentive to spend money carelessly in order to justify the next year's budget. They can also create inefficient operations due to the fact that individual departments or units do not have to justify expenditures based on operations, but only on the prior year's expenditures.

Zero-based budgeting addresses such problems that can occur with traditional rolling budgets. In zero-based budgeting, each dollar spent by management must be justified with a detailed account of what will be purchased, how many labor hours are needed, what problems will be faced, and so forth. This allows management an opportunity to review operations in depth and make recommendations for changes to if necessary. The zero-based budgeting process helps managers identify redundancies and duplications among different departments, concentrating on the dollars needed for proposed programs as opposed to percentage increases or decreases form the previous year. Specific priorities of departments and divisions are identified more easily in zero-based budgeting. The process also allows for the comparability of different departments as to the respective priorities funded. Zero-base budgeting enables a performance audit to determine whether each project or activity has been performed as efficiently as planned.

One drawback to zero-based budgeting is cost in terms of managerial time; it takes a considerable amount of time to go through the process of reviewing operations in enough detail to justify costs each budget cycle without relying on past expenditures. One solution to this problem is to create a rolling budget every year and perform a zero-based budget every three to five years, or when a major change occurs within the operation. This allows an organization to benefit from the advantages of zero-based budgeting without an excessive amount of work. Likewise, traditional rolling budgets should never strictly rely on a prior-year budget plus a percentage; consideration should always be given to past numbers. In some cases, a zero-based budget may rely on some prior numbers where it is overwhelming to create a budget from scratch. Ultimately, the process gives top management the opportunity to judge the performance of managers in terms of allocating resources efficiently and effectively, and gives managers more responsibility in developing their budgets.

An organization should not feel that all budgets must be developed in entirely the same manner. Some departments can utilize an in-depth study of a zero-based budget while others can use a rolling budget. This is a way to spread the extensive work over a number of years instead of concentrating on one certain year. Many organizations have implemented the system in some form or another and found that it did not work. If properly implemented, however, the process could have a considerable improvement over traditional rolling budgets. The number and nature of decision packages varies from organization to organization; it is not uncommon for large organizations to identify several thousand packages. Furthermore, it is often hard or even impossible for top executives to have the necessary knowledge or time to develop and rank priorities for thousands of packages.

To alleviate this problem, managers, after ranking their own packages, can have their top executives rank the packages of all the managers that report to them. This approach is used by one of zero-based budgeting's pioneers, Texas Instruments. Another solution is for each level of management to rank a certain percentage of packages within its own area of responsibility. In this solution, the first level of management may rank 40 percent of the proposed packages; the next level may rank the next 40 percent of packages, while top management may concentrate on the remainder of the budget.

The impact of budgeting on organizations was probably first studied by Argyris in the 1950s. These studies show some of the behavioral effects resulting from the way budgets are used in organizations. The results of his research showed that the particular process used could cause dysfunctional behavior in subordinates, regardless of the degree of technical refinement of the budgetary system. In the 1970s, Hopwood's studies inquired into the effects of budgets on human behavior. These studies showed that the use by a superior of a budget-constrained style of evaluation gave rise to significant levels of job-related tension; had adverse effects on peer and subordinate-superior relationships, and was implicated in manipulative behavior on subordinates. A long line of studies have been performed since then to uncover an array of variables that govern the effects of reliance on budgets on behavioral outcomes, including managerial performance. Examples of these variables include budgetary participation, task uncertainty, environmental uncertainty, strategy, and culture.

Zero-based budgeting may require an extensive amount of time, money, and paper work; but it does provide a systematic method of addressing an organization's financial concerns, in turn enabling an organization to better allocate its resources. A combination of zero-based budgets with rolling budgets or some other form of budgeting that spreads the work of justifying new budgets each cycle is one way to incorporate zero-based budgeting without undo stress at the same time for all managers with budgetary responsibility.