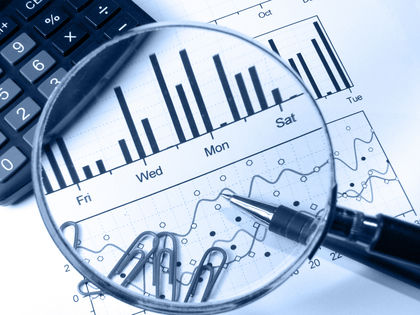 Accounting methods refer to the basic rules and guidelines under which businesses keep their financial records and prepare their financial reports. There are two main accounting methods used for record-keeping: the cash basis and the accrual basis. Small business owners must decide which method to use depending on the legal form of the business, its sales volume, whether it extends credit to customers, and the tax requirements set forth by the Internal Revenue Service (IRS). Some form of record-keeping is required by law and for tax purposes, but the resulting information can also be useful to managers in assessing the company's financial situation and making decisions. It is possible to change accounting methods later, but the process can be complicated. Therefore it is important for small business owners to decide which method to use up front, based on what will be most suitable for their particular business.

Accounting records prepared using the cash basis recognize income and expenses according to real-time cash flow. Income is recorded upon receipt of funds, rather than based upon when it is actually earned, and expenses are recorded as they are paid, rather than as they are actually incurred. Under this accounting method, therefore, it is possible to defer taxable income by delaying billing so that payment is not received in the current year. Likewise, it is possible to accelerate expenses by paying them as soon as the bills are received, in advance of the due date. The cash method offers several advantages: it is simpler than the accrual method; it provides a more accurate picture of cash flow; and income is not subject to taxation until the money is actually received.

Since the recognition of revenues and expenses under the cash method depends upon the timing of various cash receipts and disbursements, however, it can sometimes provide a misleading picture of a company's financial situation. For example, say that a company pays its annual rent of $12,000 in January, rather than paying $1,000 per month for the year. The cash basis would recognize a rent expense for January of $12,000, since that is when the money was paid, and a rent expense of zero for the remainder of the year. Similarly, if the company sold $5,000 worth of merchandise in January, but only collected $1,000 from customers, then only $1,000 would appear as revenue that month, and the remainder of the revenue would be held over until payment was received.

In contrast, the accrual basis makes a greater effort to recognize income and expenses in the period to which they apply, regardless of whether or not money has changed hands. Under this system, revenue is recorded when it is earned, rather than when payment is received, and expenses recorded when they are incurred, rather than when payment is made. For example, say that a contractor performs all of the work required by a contract during the month of May, and presents his client with an invoice on June 1. The contractor would still recognize the income from the contract in May, because that is when it was earned, even though the payment will not be received for some time. The main advantage of the accrual method is that it provides a more accurate picture of how a business is performing over the long-term than the cash method. The main disadvantages are that it is more complex than the cash basis, and that income taxes may be owed on revenue before payment is actually received.

Under generally accepted accounting principles (GAAP), the accrual basis of accounting is required for all businesses that handle inventory, from small retailers to large manufacturers. It is also required for corporations and partnerships that have gross sales over $5 million per year, though there are exceptions for farming businesses and qualified personal service corporations—such as doctors, lawyers, accountants, and consultants. A business that chooses to use the accrual basis must use it consistently for all financial reporting and for credit purposes. For anyone who runs two or more businesses, however, it is permissible to use different accounting methods for each.

In some cases, businesses find it desirable to change from one accounting method to another. Changing accounting methods requires formal approval of the IRS, but new guidelines adopted in 1997 make the procedure much easier for businesses. A company wanting to make a change must file Form 3115 in duplicate and pay a fee. A copy should be attached to the taxpayer's income tax return and the other copy must be sent to the IRS Commissioners.

Any company that is not currently under examination by the IRS is permitted to file for approval to make a change. Applications can be made at any time during the tax year, but the IRS recommends filing as early as possible. Taxpayers are granted automatic six-month extensions provided they file income taxes on time for the year in which the change is requested. The amended tax returns using the new accounting method must also be filed within the six-month extension period. In considering whether to approve a request for a change in accounting methods, the IRS looks at whether the new method will accurately reflect income and whether it will create or shift profits and losses between businesses.

Changes in accounting methods generally result in adjustments to taxable income, either positive or negative. For example, say a business wants to change from the cash basis to the accrual basis. It has accounts receivable (income earned but not yet received, so not recognized under the cash basis) of $15,000, and accounts payable (expenses incurred but not paid, so not recognized under the cash basis) of $20,000. Thus the change in accounting method would require a negative adjustment to income of $5,000. It is important to note that changing accounting methods does not permanently change the business's long-term taxable income, but only changes the way that income is recognized over time.

If the total amount of the change is less than $25,000, the business can elect to make the entire adjustment during the year of change. Otherwise, the IRS permits the adjustment to be spread out over four tax years. Obviously, most businesses would find it preferable for tax purposes to make a negative adjustment in the current year and spread a positive adjustment over subsequent years. If the accounting change is required by the IRS because the method originally chosen did not clearly reflect income, however, the business must make the resulting adjustment during the current tax year. This provides businesses with an incentive to change accounting methods on their own if they realize that there is a problem.