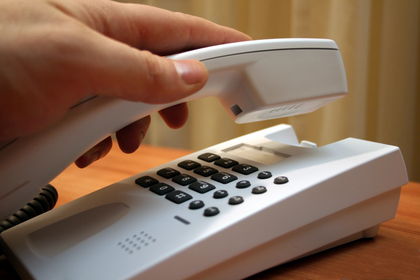 Activity-based costing (ABC) is an accounting method that allows businesses to gather data about their operating costs. Costs are assigned to specific activities—such as planning, engineering, or manufacturing—and then the activities are associated with different products or services. In this way, the ABC method enables a business to decide which products, services, and resources are increasing their profitability, and which are contributing to losses. Managers are then able to generate data to create a better budget and gain a greater overall understanding of the expenses that are required to keep the company running smoothly. Generally, activity-based costing is most effective when used over a long period of time, as opposed to shorter-term solutions such as the theory of constraints (TOC).

Activity-based costing first gained notoriety in the early 1980s. It emerged as a logical alternative to traditional cost management systems that tended to produce insufficient results when it came to allocating costs. Harvard Business School Professor Robert S. Kaplan was an early advocate of the ABC system. While mainly used for private businesses, ABC has recently been used in public forums, such as those that measure government efficiency.

Activity-based costing programs require proper planning and a commitment from upper management. If possible, it is best to do a trial study or test run on a department whose profit-making performance is not living up to expectations. These types of situations have a greater chance of succeeding and showing those in charge that ABC is a viable way for the company to save money. If no cost-saving measures are determined in this pilot study, either the activity-based costing system has been improperly implemented, or it may not be right for the company.

The first thing a business must do when using ABC is set up a team that will be responsible for determining which activities are necessary for the product or service in question. This team should include experts from different areas of the company (including finance, technology, and human resources) and perhaps also an outside consultant.

After the team is assembled and data on such topics as utilities and materials is gathered, it is then time to determine the elements of each activity that cost money. Attention to detail is very important here, as many of these costs may be hidden and not entirely obvious. As Joyce Chutchian-Ferranti wrote in an article for Computerworld: "The key is to determine what makes up fixed costs, such as the cost of a telephone, and variable costs, such as the cost of each phone call." Chutchian-Ferranti goes on to note that even though in many instances technology has replaced human labor costs (such as in voice-mail systems), a business manager must still examine the hidden costs associated with maintaining the service. Nonactivity costs like direct materials and services provided from outside the company usually do not have to be factored in because this has previously been done.

Once all of these costs are determined and noted, the information must be input into a computer application. Chutchian-Ferranti explains that the software can be a simple database, off-the-shelf ABC software, or customized software. This will eventually give the company enough data to figure out what they can do to increase profit margins and make the activity more efficient.

After a business has had enough time to analyze the data obtained through activity-based costing and determine which activities are cost effective, it can then decide what steps can be taken to increase profits. Activities that are deemed cost prohibitive can then be outsourced, cut back, or eliminated altogether in an effort to make them more profitable. The implementation of these changes is known as activity-based management (ABM).

Companies that implement activity-based costing run the risk of spending too much time, effort, and even money on gathering and going over the data that is collected. Too many details can prove frustrating for managers involved in ABC. On the other hand, a lack of detail can lead to insufficient data. Another obvious factor that tends to contribute to the downfall of activity-based costing is the simple failure to act on the results that the data provide. This generally happens in businesses that were reluctant to try ABC in the first place.

In 1999, Gary Cokins wrote an article aimed at certified public accountants who have difficulty embracing activity-based costing. In "Learning to Love ABC," Cokins explains that activity-based costing usually works best with a minimum amount of detail and estimated cost figures. He backs this up by stating that "typically, when accountants try to apply ABC, they strive for a level of exactness that is both difficult to attain and time-consuming—and that eventually becomes the project's kiss of death."

In 2000, Cokins wrote another article entitled "Overcoming the Obstacles to Implementing Activity-Based Costing." In this work Cokins noted that "activity-based costing projects often fail because project managers ignore the cardinal rule: It is better to be approximately correct than to be precisely inaccurate. When it comes to ABC, close enough is not only good enough; close enough is often the secret to success." Cokins also notes that the use of average cost rates, the use of overly detailed information, and the failure to connect information to action can also hinder ABC projects. By understanding these concepts, Cokins feels that CPAs can enhance their roles as business partners and consultants.

Another limiting factor is that activity-based costing software can be pricey. As Mark Henricks wrote in a 1999 article for Entrepreneur: "Most ABC practitioners find that special-purpose ABC software is required to make the task manageable. At $6,000 and up for one package sold by ABC Technologies, software can add significantly to outlays for this type of accounting technique. There are, however, some pilot packages available for $500."

Time can also be a factor for businesses seeking a quick fix. Henricks notes that "although some companies see results almost instantly, it typically takes three months or so for most businesses to experience the benefits of ABC. And depending on your product or business cycle, it could take much longer."

It used to be that large corporations were the only businesses involved in activity-based costing. Not so today. Service industries such as banks, hospitals, insurance companies, and real estate agencies have all had success with ABC. But since its inception, activity-based costing has seemed to have been more successful when implemented by larger companies rather than by smaller ones. As Henrick noted, "Companies with only a few products and markets aren't likely to get as much benefit from basing costs on activities as companies operating with diverse products, service lines, channels and customers." But since setting up activity-based costing for a business usually takes less time for a smaller project, a small business that is unsure about the effectiveness of ABC can consider a simple test program to determine whether it is right for them.

Douglas T. Hicks is one expert who feels that the time is right for small businesses to implement activity-based costing. In a 1999 Journal of Accountancy article entitled "Yes, ABC is for Small Business, Too," Hicks presented a case study for one of his clients, a small manufacturer that builds components for the automobile industry. Hicks detailed how they were able to triple sales and increase profits fivefold in a four-year span after adopting ABC. "Much of this improvement came from a profitable mix of contracts generated by a costing/quoting process that more closely reflects the actual cost structure of the company," Hicks stated. "This has enabled the company to improve the management of its contracts." Isolating and measuring the cost of material movement and using the data to justify many operational changes were other factors Hicks cited for the success his client had with ABC.

Hicks also noted a change in management's attitude after the success of ABC: "On an important but less tangible level, management's knowledge of and attitude toward cost information have undergone a substantial change. Where once managers had their own way of measuring the cost impact of management actions, they now measure those costs in a formal, uniform way. When managers contemplate changes, they have a mental model that directs them toward changes that truly benefit the organization."

Hicks went on to say that "any small or midsize organization can develop an ABC system. It doesn't require a great commitment of time or financial resources. Nor does it require the implementation of special software integrated into the general ledger—although for larger organizations that may be a benefit. It requires only that management view its operations through 'the lens of ABC' and create a model that will enable it to measure costs in accordance with that view."

Gary Cokins, director of industry for a noted ABC software and services firm, tends to agree with Hicks. In his book Activity-Based Cost Management: Making It Work, he proclaimed that "Within 10 to 20 years, everyone will have some sort of ABC. It's a matter of when, not if."