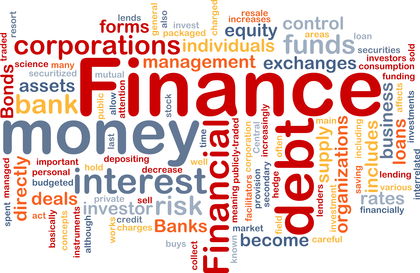 Assets are anything of value that is owned by a company, whether fully paid for or not. These range from cash, inventory, and other "current assets" to real estate, equipment, and other "fixed assets." Intangible items of value to a company, such as exclusive use contracts, copyrights, and patents, are also regarded as assets.

Also known as soft or liquid assets, current assets include cash, government securities, marketable securities, notes receivable, accounts receivable, inventories, raw materials, prepaid expenses, and any other item that could be converted to cash in the normal course of business within one year.

Cash is, of course, the most liquid of assets. But in business circles, the definition of cash is expanded beyond currency (coins and paper money) to include checks, drafts, and money orders; the balance in any company checking account (provided there are no restrictions attached to the account); and even less liquid assets that are nonetheless commonly regarded as cash equivalents. These include certificates of deposit (CDs) with maturities of less than a year, money market funds, and Treasury bills.

For many small businesses, cash comprises the bulk of its current assets. It can, after all, be quickly and easily converted into needed goods or services. But the very ease with which it can be used makes it attractive for disreputable people both within and without the business, so small business owners need to make sure that they take the appropriate precautions when handling such assets. Consultants often recommend that their clients take out insurance policies to protect themselves from financial losses as a result of employee theft or error; this practice is commonly known as "bonding." Companies can take other steps as well to protect this most important of their assets. "In both receipts and disbursements, systems and procedures based on separation of functions help prevent manipulation of cash by individuals in the company," noted Joseph Peter Simini in Balance Sheet Basics for Nonfinancial Managers. "Independent reconciliation of company cash accounts are wise forms of insurance against cash loss. A petty cash fund is a practical way to provide for small outlays. While small businesses may not be able to institute the elaborate systems used in larger enterprises, cash control is important even in smaller companies."

Accounts receivable is another important part of many companies' current assets package. These assets are sums owed to the company for services or goods rendered. Inventories are important current assets as well, particularly for business firms engaged in manufacturing and merchandising. Simini defined inventories as "assets that a business has acquired either for sale or for use in the manufacture of goods for sale." Inventories typically held by merchandisers include finished goods ready for sale or resale, while the inventories of manufacturing establishments can include raw materials, supplies used in manufacture, partially completed work, and finished goods.

Also known as hard assets, fixed assets include real estate, physical plant and facilities, leasehold improvements, equipment (from office equipment to heavy operating machinery), vehicles, fixtures, and other assets that can reasonably be assumed to have a life expectancy of several years. Most fixed assets, with the notable exception of real estate, will lose value over time. This is known as depreciation, and is typically figured into a business's various financial documents (the expense of real estate purchases can also be depreciated when figuring taxes). Small business consultants note, however, that this depreciation can be figured by several different formulas. The smart business owner will take the time to figure out which formula is most advantageous for his or her company.

Fixed assets are among the most important assets that a company holds, for they represent major investments of financial resources. Indeed, fixed assets usually comprise the majority of a business's total assets. Intelligent allocation of resources to meet a business's land, facility, and large equipment needs can bring it assets that will serve as cornerstones of successful operation for years to come. Conversely, a company saddled with ill-considered or substandard fixed assets will find it much more difficult to be successful. This is especially true for small businesses, which have a smaller margin of error. "Decisions about acquisition and management of long-lived assets are part of virtually every business, and these decisions can set the stage for future success—or failure," remarked Simini. "Because inflation is a fact of life in the present-day business world, a company that invests in a quality long-lived asset will gain a distinct competitive advantage in years to come." He notes that competing firms that enter the field in future years will often be forced to pay higher initial prices and higher financing costs for the same type of asset.

Fixed assets are also very important to small business owners because they are one of the things that are examined most closely by prospective lenders. When a bank or other lending institution is approached by an entrepreneur or small business owner who is seeking a loan to establish or expand a company's operations, loaning agents will always undertake a close study of the prospective borrower's hard assets, since they usually are a decisive indicator of the business's financial health and obligations.

When examining a business's fixed assets, lenders are typically most concerned with the following factors: 1) The type, age, and condition of equipment and facilities; 2) The depreciation schedules for those assets; 3) The nature of the company's mortgage and lease arrangements; and 4) Likely future fixed asset expenditures.

The monetary flow that a business owner receives from an asset can vary because of many different factors. When comparing the value of various assets, then, the monetary flow or an asset is an important consideration, especially relative to the asset's value or price. "A risky asset provides a monetary flow that is at least in part random," wrote Robert S. Pindyck and Daniel L. Rubinfeld in Microeconomics. "In other words, the monetary flow is not known with certainty in advance." A "riskless" asset, on the other hand, is one that features a known level of monetary flow to its owner. Bank savings accounts, certificates of deposit (CDS), and Treasury bills all qualify as riskless assets because the monetary flow of the asset to the owner is known. Finally, the "return" on an asset—whether risky or riskless—is the total monetary reward it yields as a fraction of its price.

As Lawrence W. Tuller explained in Finance for Non-Financial Managers and Small Business Owners, an asset utilization ratio is a financial ratio that measures the speed at which a business is able to turn assets into sales, and hence cash. But he warns small business owners not to overreact to a single asset utilization ratio; instead, entrepreneurs and other business managers should study several such ratios before drawing any broad conclusions about the health of the business in question, and even then, many other business aspects need to be factored in. As Tuller wrote, "the speed with which inventory turns this year may be a relevant measure for evaluating purchasing and production personnel, but it has little meaning in the broader scope of analyzing the health of a business." Still, he notes, asset utilization ratios can be valuable: "A trend might show that inventory turns are slowing, which could indicate an increase in obsolete goods, slowing sales, or errors in recording transactions."

The four primary asset utilization ratios, as recounted by Tuller, are: 1) Receivables turnover, which studies the number of times that receivable balances are collected annually; 2) Inventory turnover, which is determined by dividing the annual cost of sales by the average inventory at both the beginning and the end of the period being studied; 3) Fixed asset turnover; and 4) Total asset turnover. Asset turnover ratios, remarked Tuller, "measure the efficiency with which a company uses its assets to generate sales; the higher the turnover, the more efficient the company." He noted, however, that fixed asset turnover ratios are not particularly useful to compute if the company under examination does not have a significant amount of hard assets.

The article is very good. If explained with few examples/calculations could be more beneficial to readers.