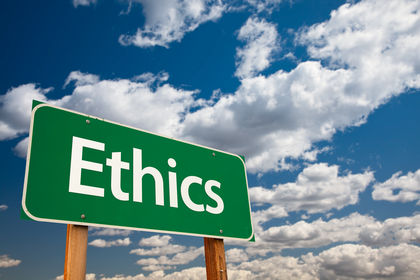 Most people involved in business—whether functioning as a small business owner, employee, or chief executive officer of a multinational company—eventually face ethical or moral dilemmas in the workplace. Such dilemmas are usually complex, for they force the person making the decision to weigh the benefits that various business decisions impart on individuals (including him or herself) and groups with the negative repercussions that those same decisions usually have on other individuals or groups. LaRue Hosmer, a business ethics expert who teaches at the University of Michigan, observed that reaching a "right" or "just" conclusion when faced with moral problems can be a bewildering and vexing proposition. But he contended that businesspeople are likely to reach and act on morally appropriate decisions if they do not lose sight of the fundamental issue of fairness. Those who get sidetracked by issues of profitability and legality in gauging the morality of a business decision, on the other hand, often reach ethically skewed choices. As has been proven time and again in the business world, the legality of a course of action may be utterly irrelevant to its "rightness." In addition, any discussion of business ethics is a subjective one, for everyone brings different concepts of ethical behavior to the table. These moral standards are shaped by all sorts of things, from home environment to religious upbringing to cultural traditions.

In recent years, the issue of business ethics has garnered increased attention. Corporate research and watchdog groups such as the Ethics Resource Center and the Council on Economic Priorities point out that the number of corporations that engage in ethics training and initiate socially responsive programs has increased dramatically over the course of the past two decades, and that courses on business ethics have proliferated in America's business schools during that time as well. But observers have also noted that over that same period of time, the business world saw numerous instances of stock price pumping through corporate downsizing, punitive actions against "whistleblowers," and other practices that point to a still-prevalent emphasis on the bottom line over all other considerations in many industries.

American society places a great emphasis on success, which in and of itself is not a bad thing. It is perfectly justifiable to want to make full use of one's talents and provide for oneself and one's family. People involved in the world of business, however, often face situations in which advancement—whether in position, influence, or financial stature—can be gained, but only by hurting other individuals or groups. Small business owners are confronted with these choices even more often than other people of the business world because of the greater degree of autonomy in decisionmaking that they often enjoy. Moreover, the ethical decisions of small business owners are likely to impact far greater numbers of people than are the ethical decisions of that business owner's employees. Very often, an employee's ethical choices (to claim credit for the work done by another, to falsify number of hours worked, etc.) have an impact on a relatively small number of people, usually co-workers or his or her employer. The ethical choices of business owners, however—whether to use inferior materials in preparing goods for customers, whether to place employees in a poor HMO, whether to lay off a dozen workers because of careless personal financial expenditures, etc.—often have far more wide-ranging repercussions.

Indeed, the pressure to make morally compromised choices on behalf of the company you lead can be quite powerful, whether the enterprise is a lone clothing store or a regional chain of record stores, especially when you feel the health and vitality of your enterprise may be at stake. As Mary Scott observed served in the Utne Reader, "companies that go public, are sold to outside investors, merge with other businesses, and feel the increased competition of businesses based less on values increasingly face an unnerving conflict between their social values and their bottom line."

Some business analysts contend that American businesses—and their leaders—are more prone to ignore ethics as a part of a decisionmaking process than ever before. Even some "good citizen" efforts undertaken by businesses are dismissed as evidence of increased marketing savvy rather than demonstrations of true devotion to ethical business standards. Other critics of modern American business practices grant that good citizen efforts, while laudable, are all too often aberrations. As David Korten wrote in Business Ethics, "all this focus on measures like recycling, cleaning up emissions, contributing to local charities, or providing day care sounds noble, but it's little more than fiddling at the margins of a deeply dysfunctional system." Korten insists that the current widespread emphasis on maximizing financial returns to shareholders—an emphasis that starts with multinational companies but filters down to smaller enterprises as well—makes it "all but impossible to manage for social responsibility."

Some economists and ethicists contend that such emphases on profitability are, in and of themselves, evidence of a set of legitimate ethical principles. Economist Milton Friedman criticized those who insisted that executives and business owners had a social responsibility beyond serving the interests or their stockholders or members, saying that such views showed "a fundamental misconception of the character and nature of a free economy. In such an economy, there is one and only one social responsibility of business—to use its resources and engage in activities designed to increase its profits, so long as it stays within the rules of the game, which is to say, engages in open and free competition, without deception or fraud." Some observers even argue that this pursuit of financial gain ultimately serves the larger community, albeit unintentionally. Economist James McKie wrote that "the primary goal and motivating force for business organizations is profit. The firm attempts to make as large a profit as it can …. Profits are kept toreasonable or appropriate levels by market competition, which leads the firm pursuing its own self-interest to an end that is not part of its conscious intention: enhancement of the public welfare." Others, of course, vigorously dispute such interpretations of capitalism and corporate duties as an outright abdication of responsibility for actions undertaken in pursuit of the best possible bottom line. Such philosophies, they argue, provide people with a veneer of ethical cover to engage in everything from ruthless downsizing to environmental degradation to misleading advertising.

ORGANIZATIONAL PRESSURES Organizational pressures can further complicate ethics issues, especially for employees of larger firms. The small business owner can often do a great deal to shape the ethical environment in which his or her employees work (and the ethical rules under which the business itself operates), but the responsibility for imposing ethical standards in larger organizations often becomes more diffuse. But both large and small businesses sometimes impose operating systems that make it more tempting for workers to engage in acts that are questionable or wrong. As Hosmer pointed out, a business may employ an incentive system for its sales force that is so heavily commission-oriented that salespeople feel greater pressure to make bribes, or a corporate control system may be so fixated on cost controls that production managers find it impossible to fulfill orders without using inferior materials or cutting corners on workmanship. Indeed, Hosmer observed that perhaps the most powerful organizational pressure that can be placed on an employee is the pressure to do the "wrong" thing for the alleged good of the company. In such instances, the employee is presented with a choice between career and morality.

Of course, many people in business also find themselves at crossroads wherein the ethical road is clearly marked, but see at a glance that the other road looks far more inviting because of its promises of professional or financial advancement. "It is not difficult to discern right from wrong, but grasping the difference is only a first step," wrote business executive William R. Holland in Industry Week. "There must be the will, the inner discipline, the strength, and the character to do the right thing, regardless of the cost. Doing the wrong thing is to disregard the rights of others and inflict harm or grief on them."

ESTABLISHING AND MAINTAINING ETHICAL STANDARDS OF BEHAVIOR IN A SMALL BUSINESS

Entrepreneurs and small business owners wield great influence in determining the ethical philosophies of their business enterprises. Employees often follow the lead of the owner in executing their duties and attending to their responsibilities, so it is incumbent on the owner to establish a work environment that embraces moral standards of behavior. There are exceptions to this, of course; dishonest and unethical employees sometimes work in otherwise ethical companies, just as honest and ethical workers can be found in organizations with a prevailing culture of duplicity and selfishness. But a business owner or manager who wishes to establish an ethical mind set in his or her company can help the cause by being proactive.

Business experts and ethicists alike point to a number of actions that owners and managers can take to help steer their company down the path of ethical business behavior. Establishing a statement of organizational values, for example, can provide employees—and the company as a whole—with a specific framework of expected behavior. Such statements offer employees, business associates, and the larger community alike a consistent portrait of the company's operating principles—why it exists, what it believes, and how it intends to act to make sure that its activities dovetail with its professed beliefs. Active reviews of strategic plans and objectives can also be undertaken to make certain that they are not in conflict with the company's basic ethical standards. In addition, business owners and managers should review standard operating procedures and performance measurements within the company to ensure that they are not structured in a way that encourages unethical behavior. As Ben & Jerry's Ice Cream founders Ben Cohen and Jerry Greenfield stated, "a values-led business seeks to maximize its impact by integrating socially beneficial actions into as many of its day-to-day activities as possible. In order to do that, values must lead and be right up there in a company's mission statement, strategy and operating plan."

Finally, and most importantly, business owners and managers lead by example. If a business owner treats employees, customers, and competitors in a fair and honest manner—and suitably penalizes those who do not perform in a similar fashion—he or she is far more likely to have an ethical work force of which he or she can be proud. "It is perfectly possible to make a decent living without compromising the integrity of the company or the individual," wrote business executive William R. Holland. "Quite apart from the issue of rightness and wrongness, the fact is that ethical behavior in business serves the individual and the enterprise much better in the long run."

Indeed, some business owners and managers argue that ethical companies have an advantage over their competitors. Said Cohen and Greenfield, "consumers are used to buying products despite how they feel about the companies that sell them. But a valuesled company earns the kind of customer loyalty most corporations only dream of—because it appeals to its customers on the basis of more than a product…. They like how doing business with [a values-led company] makes them feel."

Cohen, Ben, and Jerry Greenfield. Ben & Jerry's Double Dip: Lead With Your Values and Make Money, Too. Simon and Schuster, 1997.