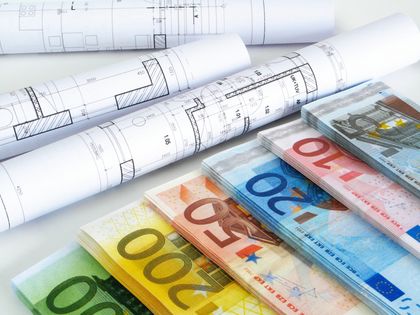 Businesses are vitally interested in measuring their costs. Many types of costs are observable and easily quantifiable. In such cases there is a direct relationship between cost of input and quantity of output. Other types of costs must be estimated or allocated. That is, the relationship between costs of input and units of output may not be directly observable or quantifiable. In the delivery of professional services, for example, the quality of the output is usually more significant that the quantity, and output cannot simply be measured in terms of the number of patients treated or students taught. In such instances where qualitative factors play an important role in measuring output, there is no direct relationship between costs incurred and output achieved.

Costs can have different relationships to output. Costs also are used in different business applications, such as financial accounting, cost accounting, budgeting, capital budgeting, and valuation. Consequently, there are different ways of categorizing costs according to their relationship to output as well as according to the context in which they are used. Following this summary of the different types of costs are some examples of how costs are used in different business applications.

FIXED AND VARIABLE COSTS The two basic types of costs incurred by businesses are fixed and variable. Fixed costs do not vary with output, while variable costs do. Fixed costs are sometimes called overhead costs. They are incurred whether a firm manufactures 100 widgets or 1,000 widgets. In preparing a budget, fixed costs may include rent, depreciation, and super-visors' salaries. Manufacturing overhead may include such items as property taxes and insurance. These fixed costs remain constant in spite of changes in output.

DIRECT AND INDIRECT COSTS Direct costs are similar to variable costs. They can be directly attributed to the production of output. The system of valuing inventories called direct costing is also known as variable costing. Under this accounting system only those costs that vary directly with the volume of production are charged to products as they are manufactured. The value of inventory is the sum of direct material, direct labor, and all variable manufacturing costs.

Indirect costs, on the other hand, are similar to fixed costs. They are not directly related to the volume of output. Indirect costs in a manufacturing plant may include supervisors' salaries, indirect labor, factory supplies used, taxes, utilities, depreciation on building and equipment, factory rent, tools expense, and patent expense. These indirect costs are sometimes referred to as manufacturing overhead.

Under the accounting system known as full costing or absorption costing, all of the indirect costs in manufacturing overhead as well as direct costs are included in determining the cost of inventory. They are considered part of the cost of the products being manufactured.

PRODUCT AND PERIOD COSTS The concepts of product and period costs are similar to direct and indirect costs. Product costs are those that the firm's accounting system associates directly with output and that are used to value inventory. Under a direct or variable cost accounting system, only direct or variable costs are charged to production. Indirect costs such as property taxes, insurance, depreciation on plant and equipment, and salaries of supervisors are considered period costs. Period costs are charged as expenses to the current period. Under direct costing, period costs are not viewed as costs of the products being manufactured, so they are not associated with valuing inventories.

If the firm uses a full cost accounting system, however, then all manufacturing costs—including fixed manufacturing overhead costs and variable costs—become product costs. They are considered part of the cost of manufacturing and are charged against inventory.

OTHER TYPES OF COSTS These are the basic types of costs as they are used in different accounting systems. In addition, other types of costs are used in different business contexts. In budgeting it is useful to identify controllable and uncontrollable costs. This simply means that managers with budgetary responsibility should not be held accountable for costs they cannot control.

Financial planning also utilizes the concepts of incremental, opportunity, and imputed costs. Incremental costs are those associated with switching from one level of activity or course of action to another. Incremental costs represent the difference between two alternatives. Opportunity costs represent the sacrifice that is made when the means of production are used for one task rather than another, or when capital is used for one investment rather than another. Nothing can be produced or invested without incurring an opportunity cost. By making one investment or production decision using limited resources, one necessarily forgoes the opportunity to use those resources for a different purpose. Consequently, opportunity costs are not usually factored into investment and production decisions involving resource allocation.

Imputed costs are costs that are not actually incurred, but are associated with internal transactions. When work in process is transferred from one department to another within an organization, a method of transfer pricing may be needed for budgetary reasons. Although there is no actual purchase or sale of goods and materials, the receiving department may be charged with imputed costs for the work it has received. When a company rents itself a building that is could have rented to an outside party, the rent may be considered an imputed cost.

Costs as a business concept are useful in measuring performance and determining profitability. What follows are brief discussions of some business applications in which costs play an important role.

FINANCIAL ACCOUNTING One of the major objectives of financial accounting is to determine the periodic income of the business. In manufacturing firms a major component of the income statement is the cost of goods sold (COGS). COGS is that part of the cost of inventory that can be considered an expense of the period because the goods were sold. It appears as an expense on the firm's periodic income statement. COGS is calculated as beginning inventory plus net purchases minus ending inventory.

Depreciation is another cost that becomes a periodic expense on the income statement. Every asset is initially valued at its cost. Accountants charge the cost of the asset to depreciation expense over the useful life of the asset. This cost allocation approach attempts to match costs with revenues and is more reliable than attempting to periodically determine the fair market value of the asset.

Two major systems can be used to record the costs of manufactured products. They are known as job costing and process costing. A job cost system, or job order cost system, collects costs for each physically identifiable job or batch of work as it moves through the manufacturing facility and disregards the accounting period in which the work is done. With a process cost system, on the other hand, costs are collected for all of the products worked on during a specific accounting period. Unit costs are then determined by dividing the total costs by the number of units worked on during the period. Process cost systems are most appropriate for continuous operations, when like products are produced, or when several departments cooperate and participate in one or more operations. Job costing, on the other hand, is used when labor is a chief element of cost, when diversified lines or unlike products are manufactured, or when products are built to customer specifications.

When costs are easily observable and quantifiable, cost standards are usually developed. Also known as engineered standards, they are developed for each physical input at each step of the production process. At that point an engineered cost per unit of production can be determined. By documenting variable costs and fairly allocating fixed costs to different departments, a cost accounting system can provide management with the accountability and cost controls it needs to improve operations.

BUDGETING SYSTEMS Budgeting systems rely on accurate cost accounting systems. Using cost data collected by the business's cost accounting system, budgets can be developed for each department at different levels of output. Different units within the business can be designated cost centers, profit centers, or departments. Budgets are then used as a management tool to measure performance, among other things. Performance is measured by the extent to which actual figures deviate from budgeted amounts.

In using budgets as measures of performance, it is important to distinguish between controllable and uncontrollable costs. Managers should not be held accountable for costs they cannot control. In the short run, fixed costs can rarely be controlled. Consequently, a typical budget statement will show sales revenue as forecast and the variable costs associated with that level of production. The difference between sales revenue and variable costs is the contribution margin. Fixed costs are then deducted from the contribution margin to obtain a figure for operating income. Managers and departments are then evaluated on the basis of costs and those elements of production they are expected to control.

COST OF CAPITAL Capital budgeting and other business decisions—such as lease-buy decisions, bond refunding, and working capital policies—require estimates of a company's cost of capital. Capital budgeting decisions revolve around deciding whether or not to purchase a particular capital asset. Such decisions are based on an estimate of the net present value of future revenues that would be generated by a particular capital asset. An important factor in such decisions is the company's cost of capital.

Cost of capital is a percentage that represents the interest rate the company would pay for the funds being raised. Each capital component—debt, equity, and retained earnings—has its own cost. Each type of debt or equity also has a different cost. While a particular purchase or project may be funded by only one kind of capital, companies are likely to use a weighted average cost of capital when making financial decisions. Such practice takes into account the fact that the company is an ongoing concern that will need to raise capital at different rates in the future as well as at the present rate.

OTHER APPLICATIONS Costs are sometimes used in the valuation of assets that are being bought or sold. Buyers and sellers may agree that the value of an asset can be determined by estimating the costs associated with building or creating an asset that could perform similar functions and provide similar benefits as the existing asset. Using the cost approach to value an asset contrasts with the income approach, which attempts to identify the present value of the revenues the asset is expected to generate.

Finally, costs are used in making pricing decisions. Manufacturing firms refer to the ratio between prices and costs as their markup, which represents the difference between the selling price and the direct cost of the goods being sold. For retailers and wholesalers, the gross margin is the difference between their invoice cost and their selling price. While costs form the basis for pricing decisions, they are only a starting point, with market conditions and other factors usually determining the most profitable price.