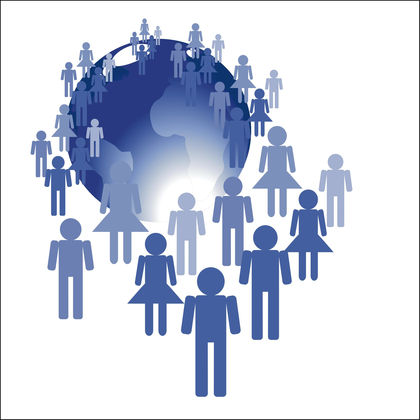 Demographics are the statistical characteristics of human populations, such as age and income, that are used by businesses to identify markets for their goods and services. Demographics are used to identify who your customers are (now and in the future), where they live, and how likely they are to purchase the product you are selling. By studying your customers and potential customers through demographics, one can identify changing needs in the marketplace and adjust to them. For the businessperson, identifying the demographic groups that will be most interested in your product can mean the difference between success and failure. This is especially critical for the small businessperson who might have less room for error than larger companies.

Basic demographic analysis is used for two reasons: to identify population characteristics in order to determine just who your potential customer is and to serve as a means of locating geographic areas where the largest number of potential customers live. For example, if you were interested in selling a new denture cream, it is likely that you would want to identify the counties or cities in the United States that had the largest concentration of elderly consumers. Once you identified those areas, you would want to know more about the elderly people who lived in those counties: What are their buying habits? How many wear dentures? How many are on a fixed income? These are the types of questions that demographic studies can help answer.

Until recent years, the most common method of selling goods and services was through mass marketing—trying to reach the most people possible via the media—primarily television, radio, and newspapers. Finding the people who were most likely to purchase the product was not the point—spreading the word about the product to as many people as possible was. The result of this "shotgun" approach to selling was fairly obvious. Companies were spending enormous amounts of money to reach audiences with no guarantees that anyone in that audience wanted to buy the products that were being pitched to them.

Mass marketing remains a staple of advertising and marketing efforts today. But businesses now recognize that such methodologies might not be the most cost-efficient means of selling a product or service, in large part because of the fast-changing characteristics of the marketplace. After all, the past several decades have ushered in tremendous social, political, and technological changes. Lifestyles have changed dramatically as a result of the rising divorce rate and the subsequent increase in single-parent households, increased participation by women in the labor force, and other societal changes. Women have far more control over household purchasing decisions than ever before. Technology, especially the Internet, has changed the way people interact and purchase products. In addition, the sheer number of products available for purchase has exploded—consumers have literally dozens of products to choose from in almost every product category.

Perhaps the most important change, however, has been in the ethnic makeup of the United States. Even with immigration restrictions, the U.S. is still the melting pot of the world. The Latin American and Asian populations are experiencing particularly explosive growth at this time. The change in diversity is especially apparent among children, where one in three American children is African American, Hispanic, or Asian.

As mass marketing's appeal begins to fade, it is being replaced by target marketing. Target marketing means knowing as much as possible about your current and potential customers and reaching them through very specialized advertising or marketing campaigns. Demographic data is the cornerstone of target marketing.

The first question to ask when using target marketing is: Is a product to be sold to a household or an individual? Products such as refrigerators, stoves, and dinette sets are sold to a household (a household might need only one of such products), while products such as shoes and toothbrushes are sold to individuals (each individual who lives in a household needs those products). Households can be broken down as "family" households and "nonfamily" households. The younger the person, the more likely they are to live in a nonfamily household (such as with a roommate or significant other). Everyone in the U.S., with the exception of the homeless, live in a household or something known as "group quarters." Group quarters covers such diverse living spaces as nursing homes, prisons, and college dormitories. With the exception of dormitories, most group quarters are considered to be unimportant marketing targets.

Once that question has been answered, a company can use demographics to compile a "customer profile" of their target audience. Factors that should be considered in the profile include:

Ethnic background . It is important to make a distinction between ethnicity and race. The term "Hispanic," refers to an ethnic group, not a race of people.

Income. In general, income tends to increase with age as people obtain better-paying jobs and receive promotions. Married couples often have a higher income because both spouses are working. Income is recorded by the U.S. Census Bureau in a number of ways, each with different ramifications for marketers. Income is defined as all money and public assistance that is earned before taxes and union dues are taken out. Personal income is money plus noncash benefits such as food stamps. Disposable income is the money that is left after taxes are taken out, and discretionary income is the amount of money left after taxes are paid and necessities such as food and shelter are paid for. It is often this last type of income that marketers are most interested in. Income can be reported for households or individuals.

Education level. This is an increasingly important factor as technology becomes more important to day-to-day living. Generally, the more education a person has, the greater the income they earn, thus the more money they have to purchase products. Education is most often measured by level of schooling completed. As a rule of thumb, college-educated people are among the most desirable consumer groups, but studies show that they also tend to be the least brand loyal. This means a business may have to work harder to reach and keep those customers.

Other important demographic factors include age, sex, geographic location, occupation, size of family, and ages of the children in the family unit. In addition, analysis of these demographic characteristics is often undertaken in conjunction with so-called lifestyle factors. Studies of these factors can be very helpful in shaping marketing campaigns and other business efforts because analysis indicates a high correlation between certain lifestyle characteristics and their buying patterns. Key lifestyle attributes include the following:

This examination of the less tangible aspects of the consumer market is also sometimes known as psychographics. The data contained in both cluster systems and lifestyle/psychographic surveys must be considered to develop a truly accurate customer profile.

Demographic information is readily available from companies that repackage and sell U.S. Census Bureau data. Most common is something called a cluster system, which is also known as a geodemographic segmentation system. Cluster systems take large numbers of demographic variables (age, income, ethnic background, occupation, etc.) and combine them to create profiles of individuals and households. When used in conjunction with business mapping systems that link demographic data to geographic areas (as specific as the household level, but more commonly by ZIP Codes or other market areas), cluster systems are a powerful marketing tool.

Campanelli, Melissa. "It's All in the Family." Sales & Marketing Management. April 1994.