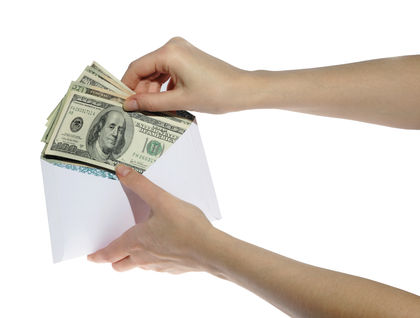 Compensation is a primary motivator for employees. People look for jobs that not only suit their creativity and talents, but compensate them—both in terms of salary and other benefits—accordingly. Compensation is also one of the fastest changing fields in Human Resources, as companies continue to investigate various ways of rewarding employees for performance.

It is important for small business owners to understand the difference between wages and salaries. A wage is based on hours worked. Employees who receive a wage are often called "non-exempt." A salary is an amount paid for a particular job, regardless of hours worked, and these employees are called "exempt." The difference between the two is carefully defined by the type of position and the kinds of tasks that employees perform. In general, exempt employees include executives, administrative and professional employees, and others as defined by the Fair Labor Standards Act of 1938. These groups are not covered by minimum wage provisions. Non-exempt employees are covered by minimum wage as well as other provisions.

It is important to pay careful attention to these definitions when determining whether an individual is to receive a wage or a salary. Improper classification of a position can not only pose legal problems, but often results in employee dissatisfaction, especially if the employee believes that execution of the responsibilities and duties of the position warrant greater compensation than is currently awarded.

When setting the level of an employee's monetary compensation, several factors must be considered. First and foremost, wages must be set high enough to motivate and attract good employees. They must also be equitable—that is, the wage must accurately reflect the value of the labor performed. In order to determine salaries or wages that are both equitable for employees and sustainable for companies, businesses must first make certain that they understand the responsibilities and requirements of the position under review. The next step is to review prevailing rates and classifications for similar jobs. This process requires research of the competitive rate for a particular job within a given geographical area. Wage surveys can be helpful in defining wage and salary structures, but these should be undertaken by a professional (when possible) to achieve the most accurate results. In addition, professional wage surveys can sometimes be found through local employment bureaus or in the pages of trade publications. Job analysis not only helps to set wages and salaries, but ties into several other Human Resource functions such as hiring, training, and performance appraisal. As the job is defined, a wage can be determined and the needs for hiring and training can be evaluated. The evaluation criteria for performance appraisal can also be constructed as the specific responsibilities of a position are defined.

Other factors to consider when settling on a salary for a position include:

There are many federal, state, and local employment and tax laws that impact compensation. These laws define certain aspects of pay, influence how much pay a person may receive, and shape general benefits plans.

The Fair Labor Standards Act (FLSA) is probably the most important piece of compensation legislation. Small business owners should be thoroughly familiar with it. This act contains five major compensation laws governing minimum wage, overtime pay, equal pay, recordkeeping requirement, and child labor, and it has been amended on several occasions over the years. Most of the regulations set out in the FLSA impact non-exempt employees, but this is not true across the board.

The Equal Pay Act of 1963 is an amendment to FLSA, which prohibits differences in compensation based on sex for men and women in the same workplace whose jobs are similar. It does not prohibit seniority systems, merit systems, or systems that pay for performance, and it does not consider exempt or non-exempt status.

In addition, the United States government has passed several other laws that have had an impact, in one way or another, on compensation issues. These include the Consumer Credit Protection Act of 1968 , which deals with wage garnishments; the Employee Retirement Income Security Act of 1974 (ERISA ), which regulates pension programs; the Old Age, Survivors, Disability and Health Insurance Program (OASDHI), which forms the basis for most benefits programs; and implementation of unemployment insurance, equal employment, worker's comp, Social Security, Medicare, and Medicaid programs and laws.

Benefits are an important part of an employee's total compensation package. Benefits packages became popular after World War II, when wage controls made it more difficult to give competitive salaries. Benefits were added to monetary compensation to attract, retain, and motivate employees, and they still perform that function today. They are not cash rewards, but they do have monetary value (for example, spiraling health care costs make health benefits particularly essential to today's families). Many of these benefits are nontaxable to the employee and deductible by the employer.

Many benefits are not required by law, but are nonetheless common in total compensation packages. These include health insurance, accidental death and dismemberment insurance, some form of retirement plan (including profit-sharing, stock option programs, 401(k) and employee stock ownership plans), vacation and holiday pay, and sick leave. Companies may also offer various services, such as day care, to employees, either free or at a reduced cost. It is also common to provide employees with discounted services or products offered by the company itself. In addition, there are also certain benefits that are required by either state or federal law. Federal law, for example, requires the employer to pay into Social Security, and unemployment insurance is mandated under OASDHI. State laws govern worker's compensation.

As businesses change their focus, their approach to compensation must change as well. Traditional compensation methods may hold a company back from adequately rewarding its best workers. When compensation is tied to a base salary and a position, there is little flexibility in the reward system. Some new compensation systems, on the other hand, focus on reward for skills and performance, with the work force sharing in company profit or loss. One core belief of new compensation policies is that as employees become employee owners, they are likely to work harder to ensure the success of the company. Indeed, programs that promote employee ownership—and thus employee responsibility and emotional investment—are becoming increasingly popular. Examples of these types of programs include gain sharing, in which employees earn bonuses by finding ways to save the company money; pay for knowledge, in which compensation is based on job knowledge and skill rather than on position (and in which employees can increase base pay by learning a variety of jobs); and incentive plans such as employee stock options plans (ESOPs).

In a true merit based system, there are a few conditions which must be satisfied for it to be meaningful:

Compensation programs and policies must be communicated clearly and thoroughly to employees. Employees naturally want to have a clear understanding of what they can reasonably expect in terms of compensation (both in terms of monetary compensation and benefits) and performance appraisal. To ensure that this takes place, consultants urge business owners to detail all aspects of their compensation programs in writing. Taking this step not only helps reassure employees, but also provides the owner with additional legal protection from unfair labor practices accusations.

Dauten, Dale A. The Gifted Boss: How to Find, Create and Keep Great Employees. Morrow, 1999.

Kinne, David W. "Employee Compensation: What Gets Rewarded is What Gets Done." Compensation and Benefits Management. Spring 2000.