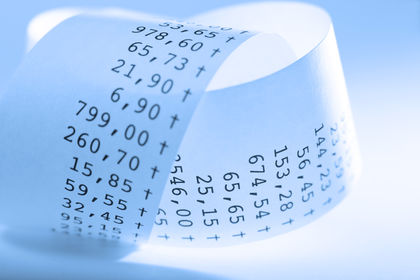 Fixed and variable expenses are the two main components of a company's total overhead expense. Fixed costs are those that do not fluctuate with changes in production activity level or sales volume, such as rent, insurance, dues and subscriptions, equipment leases, payments on loans, depreciation, management salaries, and advertising. Variable costs are those that respond directly and proportionately to changes in activity level or volume, such as raw materials, hourly wages and commissions, utilities, inventory, office supplies, and packaging, mailing, and shipping costs.

Although fixed costs do not vary with changes in production or sales volume, they may change over time. As a result, fixed costs are sometimes called period costs. Some fixed costs are incurred at the discretion of a company's management, such as advertising and promotional expense, while others are not. It is important to remember that all non-discretionary fixed costs will be incurred even if production or sales volume falls to zero. Although production and sales volume are the main factors determining the level of variable costs incurred by a company, these costs also may fluctuate in relation to other factors, such as changes in suppliers' prices or seasonal promotional efforts. Some expenses may have both fixed and variable elements. For example, a company may pay a sales person a monthly salary (a fixed cost) plus a percentage commission for every unit sold above a certain level (a variable cost).

It is very important for small business owners to understand how their various costs respond to changes in the volume of goods or services produced. The breakdown of a company's underlying expenses determines the profitable price level for its products or services, as well as many aspects of its overall business strategy. A small business owner can use a knowledge of fixed and variable expenses to determine the company's break-even point (the number of units or dollars at which total revenues equal total costs, so the company breaks even), and in making decisions related to pricing goods and services.

Determining the fixed and variable expenses is the first step in performing a break-even analysis. The number of units needed to break even fixed costs / (price variable costs per unit). This equation provides a small business owner with a great deal of valuable information by itself, and it can also be changed around to answer a number of important questions, like whether a planned expansion will be profitable. Knowing how to work with information about fixed and variable expenses can be particularly helpful for individuals who are considering buying a small business. Many businesses, particularly franchises, are reluctant to give out information about projected profits, but will provide information about costs and unit prices. The potential purchaser can then use this information to calculate the number of units and the dollar volume that would be needed to make a profit, and determine whether these numbers seem realistic.

"Numbers You Should Know to Keep in Touch with Your Business." Profit-Building Strategies for Business Owners. May 1993.