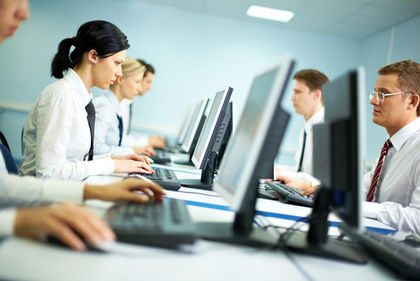 Groupthink occurs when the pressure to conform within a group interferes with that group's analysis of a problem and causes poor group decision making. Individual creativity, uniqueness, and independent thinking are lost in the pursuit of group cohesiveness, as are the advantages that can sometimes be obtained by making a decision as a group—bringing different sources of ideas, knowledge, and experience together to solve a problem. Psychologist Irving Janis defines groupthink as: "a mode of thinking people engage in when they are deeply involved in a cohesive in-group, when the members' striving for unanimity override their motivation to realistically appraise alternative courses of action. Groupthink refers to a deterioration of mental efficiency, reality testing, and moral judgment that results from in-group pressures." It can also refer to the tendency of groups to agree with powerful, intimidating bosses.

The concept of groupthink provides a summary explanation of reasons groups sometimes make poor decisions. Indeed, groups are supposed to be better than individuals at making complex decisions, because, through the membership, a variety of differing perspectives are brought to bear. Group members not only serve to bring new ideas into the discussion but also act as error-correcting mechanisms. Groups also provide social support, which is especially critical for new ideas. But when new perspectives are rejected (as in the "not invented here" syndrome), it is hard to correct errors. And if the social support is geared toward supporting the group's "accepted wisdom," the elements that can make groups better decision makers than individuals become inverted, and instead make them worse. Just as groups can work to promote effective thinking/decision making, the same processes which enhance the group's operation can backfire and lead to disastrous results.

Janis identified seven points on how groupthink works. First, the group's discussions are limited to a few alternative courses of action (often only two), without a survey of the full range of alternatives.

Second, the group does not survey the objectives to be fulfilled and the values implicated by the choice. Third, the group fails to reexamine the course of action initially preferred by the majority of members from the standpoint of the nonobvious risks and drawbacks that had not been considered when it was originally evaluated. Fourth, the members neglect courses of action initially evaluated as unsatisfactory—they spend little or no time discussing whether they have overlooked nonobvious gain. Fifth, the members make little or no attempt to obtain information from experts who can supply sound estimates of gains and losses to be expected from alternative courses of action. Sixth, selective bias is shown in the way the group reacts to factual information and relevant judgments from experts. Seventh, the members spend little time deliberating about how the chosen policy might be hindered by bureaucratic inertia or sabotaged by political opponents; consequently, they fail to work out contingency plans.

Three general problems seem to be at work: overestimation of group power and morality, closed mindedness, and pressures toward uniformity. Group-think occurs when a group feels too good about itself. The group feels both invulnerable and optimistic. The group feels morally right. Linked to this attitude of perfection is a correlative close mindedness. Warnings are ignored. Messengers of difference are dismissed. Negative, stereotypical views of opponents are created and used. Finally, there is pressure for uniformity. A certain amount of self-censorship occurs. If individuals have questions, they keep them to themselves. This lack of dissent results in what Janis calls an "illusion of unanimity." If any difference does occur, group pressure is applied to bring the dissident into line. Janis also mentions "the emergence of self-appointed mindguards—members who protect the group from adverse information that might shatter their shared complacency."

If these precipitating problems support tendencies to groupthink, there are predisposing conditions as well. Janis suggests four conditions that predispose a group to groupthink: cohesiveness, group isolation/ insulation, leader intimidation, and an absence of decision-making procedures. As a group "hangs together" and members grow to like each other, there will be greater pressure not to introduce disturbing information and opinions that might tear at that cohesiveness. Maintaining the good feelings that come from such cohesion become part of the group's "hidden agenda." The insulation of the policy-making group is another factor. Frequently groupthinking groups are removed from interaction with others, perhaps because of their position within the organization. Lack of impartial leadership is a third contributing cause. When powerful leaders want to "get their way" they can overtly and covertly pressure the group into agreement. Finally, the lack of a template or protocol for decision making, or what Janis calls "norms requiring methodological procedures for dealing with decision making tasks," can also contribute to groupthink.

HOW TO AVOID GROUPTHINK

To avoid groupthink, it is vital for the group leader to become a statesperson or conductor instead of a partisan virtuoso. Leadership almost always involves getting work done through others. High-quality decisions are not made through intimidation, whether intentional or unintentional. Some bosses have no idea why people do not speak up, while the reason they do not is because they are likely to be attacked. Bosses encourage the best performance from groups when they can alert them to the kind of review that is expected. If the leader can be clear, and temperate, there is a great likelihood that norms of disagreement will develop.

Finally, there is the cohesion process itself. Decision making tears at the fabric of group cohesion, and it is the desire to preserve cohesion that is an underlying dynamic of groupthink. But if decisions lower group cohesion it is not necessary to avoid decisions; an alternative is to rebuild cohesion each time. One way to accomplish this rebuilding is to complete decision making by about 65 percent of the way through the meeting, then move on to brainstorming for the last 20-30 percent of the meeting. People who have differed before have a chance to continue to interact, now around less threatening, future-oriented items. This meeting technique allows for decompression, and for rebonding of the group.

Because of the flaws of individual decision making—selective perception, excessive self-interest, limited knowledge, limited time—most important decisions today are made in groups. And groups can do a spectacular job; but they often do not. Meetings, the place where groups do their decision-making work, have a bad reputation these days, largely because of processes such as groupthink. Groupthink is the result of flawed procedures, poor leadership, insulation, and an unmanaged desire for the maintenance of group cohesion and its good feelings. These factors can be addressed positively, and group decision making improved, while groupthink is kept to a minimum.

"Creating a Team of Individuals." Journal of Management Development. September 1995.