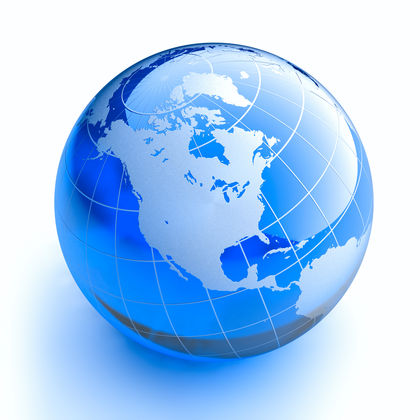 The North American Free Trade Agreement (NAFTA) is a treaty that was signed on August 12, 1991 by the United States, Canada, and Mexico; it went into effect on January 1, 1994. (Free trade had existed between the U.S. and Canada since 1989; NAFTA broadened that arrangement.) On that day, the three countries became the largest free market in the world—the economies of the three nations at that time was more than $6 trillion and directly affected more than 365 million people. NAFTA was created to eliminate tariff barriers to agricultural, manufacturing, and services trade, remove investment restrictions, and protect intellectual property rights, all while addressing environmental and labor concerns (although many observers charge that the three governments have been lax in ensuring environmental and labor safeguards since the agreement went into effect). Small businesses were among those that were expected to benefit the most from the lowering of trade barriers since it would make doing business in Mexico and Canada less expensive and would reduce the red tape needed to import or export goods.

One of the key provisions of NAFTA provided "national goods" status to products imported from other NAFTA countries. No state, provincial, or local governments could impose taxes or tariffs on those goods. In addition, customs duties were either eliminated at the time of the agreement or scheduled to be phased out in five or 10 equal stages. The one exception to the phase out was specified sensitive items, for which the phase-out period would be 15 years.

Supporters championed NAFTA because it opened up Mexican markets to U.S. companies like never before. The Mexican market is growing rapidly, which promises more export opportunities, which in turn means more jobs. Supporters, though, had a difficult time convincing the American public that NAFTA would do more good than harm. Their main effort centered on convincing people that all consumers benefit from the widest possible choice of products at the lowest possible price—which means that consumers would be the biggest beneficiaries of lowered trade barriers. The U.S. Chamber of Commerce, which represents the interests of small businesses, was one of the most active supporters of NAFTA, organizing the owners and employees of small and mid-size businesses to support the agreement. This support was key in countering the efforts of organized labor to stop the agreement.

Analysts agree that NAFTA has opened up new opportunities for small and mid-size businesses. Mexican consumers spend more each year on U.S. products than their counterparts in Japan and Europe, so the stakes for business owners are high. (Most of the studies of NAFTA concentrate on the effects of U.S. business with Mexico. Trade with Canada has also been enhanced, but the passage of the trade agreement did not have as great an impact on the already liberal trade practices that America and its northern neighbor abided by.)

Some small businesses were affected directly by NAFTA. In the past, larger firms always had an advantage over small ones because the large companies could afford to build and maintain offices and/or manufacturing plants in Mexico, thereby avoiding many of the old trade restrictions on exports. In addition, pre-NAFTA laws stipulated that U.S. service providers that wanted to do business in Mexico had to establish a physical presence there, which was simply too expensive for small firms to do. Small firms were stuck—they could not afford to build, nor could they afford the export tariffs. NAFTA leveled the playing field by letting small firms export to Mexico at the same cost as the large firms and by eliminating the requirement that a business establish a physical presence in Mexico in order to do business there. The lifting of these restrictions meant that vast new markets were suddenly open to small businesses that had previously done business only in the United States. This was regarded as especially important for small businesses that produced goods or services that had matured in U.S. markets.

Still, small firms interested in conducting business in Mexico have to recognize that Mexican business regulations, hiring practices, employee benefit requirements, taxation schedules, and accounting principles all include features that are unique to that country. Small businesses, then, should familiarize themselves with Mexico's foundation of business rules and traditions—not to mention the demographics culture of the marketplace—before committing resources to this region.

Much organized opposition to NAFTA centered on the fear that the abolishment of trade barriers would spur U.S. firms to pack up and move to Mexico to take advantage of cheap labor. This concern remains strong among labor unions and other worker organizations. Opposition to NAFTA was also strong among environmental groups, who contended that the treaty's anti-pollution elements were woefully inadequate. This criticism has not abated since NAFTA's implementation. Indeed, both Mexico and Canada have been repeatedly cited for environmental malfeasance.

Controversy over the treaty's environmental enforcement provisions remained strong in the late 1990s. In fact, North American business interests have sought to weaken a key NAFTA side accord on environmental protections and enforcement. This accord—one of the few provisions welcomed by environmental groups—allows groups and ordinary citizens to accuse member nations of failing to enforce their own environmental laws. A trinational Commission for Environmental Cooperation is charged with investigating these allegations and issuing public reports. "That process is slow, but the embarassment factor has proven surprisingly high," noted Business Week. As of mid-2000, the U.S. government has expressed opposition to revisions in the NAFTA agreement. But the Canadian government and many businesses in all three countries continue to work to change this accord.

THE EFFECTS OF NAFTA

Since NAFTA's passage, American business interests have expressed general satisfaction with the agreement. Employment, productivity, and trade have all surged in the 1990s, although analysts point out that these increases can be attributed to myriad factors, of which NAFTA is only one. Moreover, job losses in the U.S. that can be attributed to NAFTA have been minimal. As of 1997, only 117,000 Americans had signed up for the benefits offered to workers displaced by NAFTA.

Change has been most dramatic in Mexico. U.S. firms are setting up joint ventures in Mexico that, for the first time, use local firms for materials and parts. The quality of goods produced in Mexico has gone up, and the biggest beneficiaries are Mexican consumers. Wages and working conditions have also improved in many areas.

Edmond Jr., Alfred. "Making the Most of NAFTA: Here's What to Do when the Barriers to Mexico's Markets Come Down." Black Enterprise. February 1994.