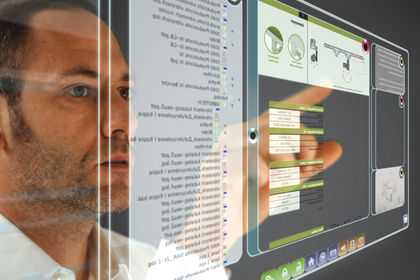 Organizational charts are detailed representations of organization structures and hierarchies. They are typically used to provide both employees and individuals outside the organization with a "snapshot" picture of it's reporting relationships, divisions of work, and levels of management. Obviously, smaller firms—whether they consist of a single owner of a home-based business, a modest shop of a few employees, or a family-owned business with a few dozen workers—are less likely to utilize organization charts, since the information that is gleaned from chart representations is typically pretty self-evident with such businesses. "Small organizations can get along very well without them as long as everyone understands what they are to do and who they are to do it with, " stated James Gibson, John Ivancevich, and James Donnelly in Organizations: Behavior, Structure, Processes. But many consultants and small business owners contend that an organization chart can be a useful tool for growing firms.

Business owners endeavoring to allocate responsibilities, activities, and management authority to various employees also have to make certain that they coordinate the activities of those employees to avoid gaps and/or redundancies in operations and management. "It is helpful to think of organizational design elements as building blocks that can be used to create a structure to fulfill a particular purpose, " stated Phyllis and Leonard Schlesinger in The Portable MBA in Management. "A structure is built by defining the requirements of each individual job and then grouping the individual jobs into units. These units are grouped into larger and larger units and coordinating (or integrating) mechanisms are established for these units. In this way, the structure has been built to support organizational goals and achieve the key factors for success." Ideally, a detailed organizational chart will provide the business owner or manager with an accurate overview of the relationships of these units/responsibilities to one another and a reliable indication as to whether the firm is positioned to meet the business's fundamental goals.

While organizational charts are commonly used by mid- and large-sized companies, as well as by significant numbers of smaller businesses with varied operations and a substantial workforce, their usefulness has been a subject of some debate.

ADVANTAGES Supporters of organization charts claim that they are tools that can effectively delineate work responsibilities and reporting relationships. "Managers of different organizational subunits, " wrote Gibson, Ivancevich, and Donnelly, "do not understand how their work fits into the work of other subunits. In the absence of an organization chart to clarify relationships, illogical and confusing ones will develop. In fact, the very process of charting the organization is a good test of its soundness, because any relationship that cannot be charted is likely to be unsound and therefore confusing to those working in it."

Supporters also argue that org charts can be particularly useful as a navigational tool when small businesses expand their operations. "The argument that organization charts are necessary only when the organization becomes too big for any one individual to manage does not hold, " claimed Gibson, Ivancevich, and Donnelly. "In many instances, small firms that do rather well in the early stages of their development begin to fail when the founders can no longer manage in their personal styles. The transition from successful small firm to successful large firm is impaired because the employees are doing jobs that fit their personality and unique skills rather than jobs necessary for organizational performance. Organization charts and supporting documents are necessary from the very beginning of a firm's existence, not just when it gets too big for one person to manage."

DISADVANTAGES The above perspective is not universally accepted by business consultants, researchers, executives, and managers, however. Detractors point out that formal organization charts do not recognize informal lines of communication and influence that are quite vital in many business settings. Writing in Perspectives on Behaviors in Organizations, contributors David A. Nadler and Michael L. Tushman characterized organization charts as "narrow and static in perspective…. It excludes such factors asleader behavior, the impact of the environment, informal relations, power distribution, etc. Such a model can only capture a small part of what goes on in an organization."

Critics of organization charts also sometimes charge that the diagrams may paint a misleading picture of the importance and influence of various people within an organization. Charts are, out of necessity, somewhat streamlined representations that only provide so much detail to a user. In some instances, for example, an organization chart may depict two employees as being equal in power and influence, when in reality, one of the individuals is rapidly ascending through the ranks and has the ear of the firm's principal decision makers, while the other may be regarded as steady but unremarkable (or even worse, an individual whose position has deteriorated from a higher level over the previous years).

"Perhaps the most damaging criticism of organization charts is that they encourage individuals to take a very narrow view of their jobs, " wrote Gibson, Ivancevich, and Donnelly. "Job definitions imply what people will not do as well as clarifying what they will do. The result is an organization that is not responsive to change, that lacks flexibility. The organization chart and all the supporting documentation …become substitutes for action and creative responses. In fact, some managers adamantly oppose the creation of organization charts even when employees complain that they need some direction to understand what they should do. These managers respond by saying that it is better to go ahead and fail than to do nothing."

As alluded to earlier, the process of constructing an organization chart is sometimes cited as a valuable means by which a company can test its structural soundness. Proponents say that charts can be used to ensure that, as one executive told Inc.' s Teri Lammers, "no one's productivity is constrained by the structure."

Researchers, consultants, and executives note that this benefit can be even more pronounced in today's business world, which has seen dramatic changes in operating philosophies and management direction over the past few decades. Indeed, corporations are increasingly implementing innovative organizational redesigns in efforts to increase their productivity. The growth in cross-functional teams and reorganizations, for example, can easily blur reporting and operational relationships between various segments of a business. It is important, then, for businesses that do rely on organizational charts to continually examine and update those diagrams to ensure that they reflect current business realities. In fact, the changes in organizational structures have spurred innovative changes in the format of many organizational charts. Whereas traditional models have been formatted along general "up-down" lines, newer models sometimes utilize flattened or "spoke" frameworks.

Doloff, Phyllis Gail. "Beyond the Org Chart." Across the Board. February 1999.