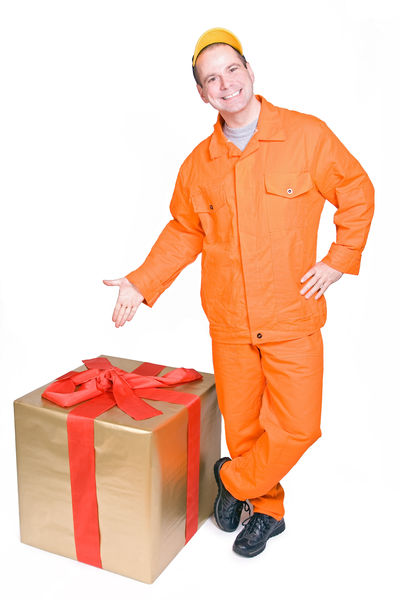 Good purchasing practices are integral to small business success, and few factors are as vital in ensuring sound purchasing methodologies as the selection of quality suppliers. Indeed, finding good suppliers and maintaining solid relations with them can be an invaluable tool in the quest for business success and expansion. As James Morgan observed in Purchasing, "for a surprisingly large number of procurement organizations, suppliers have become an important factor in their planning. In fact, for many procurement organizations, suppliers have become their secret competitive weapon, their hidden resource, their competitive edge." These competitive gains can manifest themselves in a wide range of areas, from better prices and delivery times to increased opportunities to consider and implement innovative practices. But management consultant Paul Inglis noted in Purchasing that such improvements will not be realized without meaningful leadership from business owners and executives. "Leading companies develop tailored supply strategies that are directly linked to their corporate strategies," he said. These leaders emphasize shareholder-value creation, revenue growth, and cost competitiveness, and establish specific programs with their key suppliers in order to ensure that these priorities are addressed. Smart business leaders, he added, "use suppliers to maximize their own product competitiveness, going beyond the narrow focus of cost reduction. Leaders exceed traditional sourcing practices, adopt new models to fully leverage supplier capabilities, and further their own position in the marketplace."

In recent years, countless management experts and analysts have touted the benefits that businesses of all sizes can realize by establishing "partnerships" with their suppliers. Under such a plan, which is also sometimes referred to as "supply chain management," distribution channels are set up across organizations so that all the members of the channel, from suppliers to end users, coordinate their business activities and processes to minimize their total costs and maximize their effectiveness in the marketplace. But while this trend has become more prevalent in today's business environment, it is still practiced in only spotty fashion in many industries. According to a 1997 A.T. Kearney survey of business executives, common impediments to establishing true business partnerships with suppliers include: attachment of greater importance to other initiatives; comfortable relationships with existing suppliers; dearth of cross-business unit cooperation; doubts about the benefits of instituting such practices; lack of cross-functional cooperation; poor monitoring and control systems; inexperience at managing improvement programs; and distrust of suppliers. Companies that feature many of these characteristics typically cling to old competitive bidding practices that center on perfectly legitimate concerns about price, but at the exclusion of all else.

As a result, these businesses miss out on the many benefits that can accrue when effective partnering initiatives are established with suppliers. As Morgan indicated, suppliers can be an important source of information on ways in which both small and large businesses can improve performance and productivity. After studying a major mid-1990s buyer survey, he cited five general categories in which supplier involvement can help buyers compete in the marketplace:

Analysts indicate that suppliers receive some benefits in the emerging purchasing dynamic as well. Reduced paperwork, lower overhead, faster payment, long-term agreements that lead to more accurate business forecasts, access to new designs, and input into future materials and product needs have all been cited as gains. Other observers, meanwhile, point out that some buyer-supplier relationships have become so close that suppliers have opened offices on the site of the buyer, an arrangement that can conceivably result in even greater improvements in productivity and savings. Of course, companies are not going to form such "partnerships" with all of their suppliers. Some form of the traditional purchasing process involving bidding and standard purchase orders and invoices will continue to exist at almost every company, and especially at smaller companies that do not have the financial clout to pressure suppliers for price or delivery concessions.

But many management consultants and business experts contend that even those businesses that are not ideally positioned to create partnerships with suppliers can benefit from the establishment of effective supply chain management practices. Management theorist Jordan Lewis, for example, told The Economist that buyer-seller alliances unleash a capacity for innovation that far outweighs the short-term cost savings offered by arm's-length competitive bidding. He added that businesses should explain their overarching needs to several dedicated suppliers and open lines of communication with them rather than simply defining their requirements and waiting for a flurry of bids that are primarily—or exclusively—concerned with submitting the lowest bid.

POTENTIAL DRAWBACKS OF SUPPLIER PARTNERSHIPS Establishing close relationships with suppliers, though, means that buyers have to conduct the necessary research to make sure that they select the right companies. "Purchasing needs to know a great deal more about supplier capabilities than it did when everything depended on a bid/buy relationship," confirmed Purchasing' s Ernest L. Anderson. "Today's emphasis on partnership requires suppliers who can become part of a whole supply system. In fact, major suppliers need to be critically screened and evaluated before they are brought into any new system." Thriving small- and mid-sized businesses that are already well-established will be better able to take on such tasks than will fledgling businesses, but even start ups should take the time to learn more about their suppliers than their prices.

Of course, desired supplier traits vary somewhat depending on who is being surveyed. For example, design engineers tend to place the most weight on product quality when analyzing suppliers, while purchasing professionals place greater importance on cost considerations in conjunction with product quality. Anderson noted that criteria to be evaluated will also vary depending on product category. "There's a difference, for instance, between how you evaluate suppliers for MRO and how you evaluate raw materials suppliers," he said. "Whether an item is proprietary or generic will make a difference in what gets stressed in selection of significant suppliers. Still, the objective of all evaluations is the same: To compare all potential suppliers in a market segment to determine the one best qualified to be your partner. It's important to evaluate strengths and weaknesses of potential suppliers in terms of which one can best help purchasing meet prime objectives. Typical objectives include inventory reduction, quality improvement, elimination of paperwork, and improved handling of incoming goods."

Companies that do not do the necessary legwork, on the other hand, may find themselves linked to a poor or untrustworthy supplier that can erode a business's financial fortunes and industry/community reputation in a remarkably short span of time. "Poor supplier performance is not the only risk a purchaser faces" in situations where it has linked with a bad supplier, noted The Economist. "It must also worry about the possibility of a supplier passing trade secrets to competitors, or, with its newfound abilities, venturing out on its own. A company that abdicates too many things [to suppliers] may 'hollow' itself out. All of these risks are especially great in fast-moving, knowledge-intensive industries, which are precisely those for which integrated supply chains otherwise make the most sense." Given these potential pitfalls, businesses seeking to establish partnerships with suppliers are urged to proceed with caution.

Whether searching out new suppliers or benchmarking the performance of current suppliers, businesses are urged to consider the following when evaluating their options:

OTHER KEYS TO SUCCESSFUL SUPPLIER RELATIONSHIPS

A common lament of suppliers is that buyer organizations all too often have unrealistic expectations about the supplier's ability to anticipate buyer needs. As one purchasing executive admitted to Purchasing, "In new technology areas we have great difficulty getting the users in our own company to define what they want. Most have an attitude of 'I'll know it when I see it.' And many of these users keep changing their minds."

Honesty on both sides is another important quality in effective buyer-supplier relations. Small business owners hate being misled by their suppliers, yet they are often less than above-board in their own communications with suppliers. This is most common when the business is grappling with past-due payments, but entrepreneurs should avoid subterfuge and be upfront with suppliers about their situations. "Instead of lying and saying the check's in the mail, tell suppliers what's happening and what you propose to do about it," one small business owner told Nation's Business. "If you have a note that's due, you call them, instead of waiting for them to call you. They appreciate that. Business people are afraid to make that phone call; they want to make it all sound rosy. But … if you owe them, suppliers are eager to find a way to work with you."

Morgan, James. "Five Areas Where Suppliers Can Be Your Competitive Edge." Purchasing. November 25, 1993.

"The Nuts and Bolts of Supplier Relations." Nation's Business. August 1997.