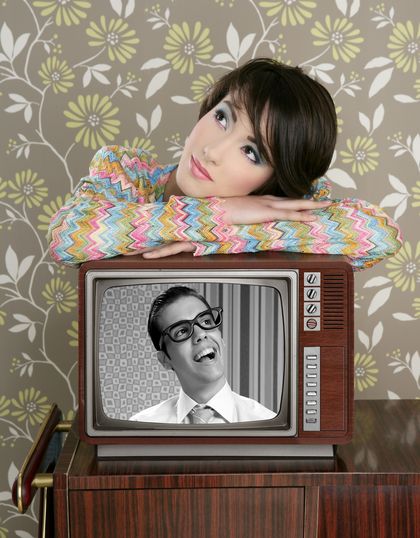 BEGINNING OF A MEDIA ENTREPRENEUR

Johnson grew up in Freeport, Illinois, the ninth of 10 chil dren. His entrepreneurial spirit was honed when he was a child. At the age of 12, Johnson began a job delivering the Rockford Morning Star . He did not like getting up early. In aninterview with Erik Spanberg that appeared in The Business Journal Johnson said, "I realized if I want to make some money, I'd better work for myself" (March 28, 2003). Graduating from high school with honors in history, Johnson attended the University of Illinois on an academic scholarship. After earning his bachelor's degree Johnson enrolled at Princeton University to study toward his goal of becoming a U.S. ambassador. In response to an effort to attract minority students to careers in international relations, Johnson attended the Woodrow Wilson School of Public and International Affairs with financial support from the Ford Foundation and the U.S. Foreign Service. He was graduated sixth in his class.

After completing his studies at Princeton, Johnson worked primarily in the field of communication media. He had jobs as a public affairs officer for the Corporation for Public Broadcasting, director of communications for the Washington, D.C., office of the National Urban League, press aide to Sterling Tucker, the Washington, D.C., councilman, and press secretary to Walter E. Fauntroy, the congressional delegate from the District of Columbia.

In 1976 Johnson was named vice president of governmental relations for the National Cable Television Association, a trade organization that represents cable television companies. As a lobbyist Johnson escorted an aspiring cable entrepreneur, Ken Silverman, to the office of Claude Pepper, the congressman from Florida, who was an advocate for senior citizens. Silverman wanted Pepper's support for his idea of starting a cable channel for older Americans. Johnson realized this concept would work well for African Americans, an underserved market in communication and entertainment media. The programming would focus on African American entertainment, cultural themes, and lifestyles. Johnson approached John Malone, a board member of NCTA and the head of TCI, a cable operator, to invest in his idea. Malone agreed, and on January 25, 1980, BET made its debut on cable television.

THE RISE OF BET

BET began operating a few hours a day. The content was primarily films from the 1940s and 1950s and blaxploitation films. With the advent of MTV, a cable television channel devoted to popular music, music videos had become ingrained into popular culture. In an effort to keep costs low Johnson took advantage of another void, the lack of African American artists appearing on MTV. Johnson formed relationships with record labels to promote on BET videos by rhythm and blues and hip-hop artists. The network also added infomercials, reruns of a gospel show, and African American college football and basketball games. For the first six years BET lost money, and Johnson sought new investors. He recruited Taft Broadcasting Company and Home Box Office. This move provided more money for the channel and increased BET air time to 24 hours a day. In the early 1990s BET turned its first profit.

Johnson established BET Holdings to serve as parent company and decided to offer public stock in BET. On October 30, 1991, BET Holdings became the first African American firm to be listed on the New York Stock Exchange. In 1999, believing the stock to be undervalued, Johnson reversed the decision, making his company private again. BET continued its growth by expanding programming to include BET on Jazz, BET on Jazz International, BET movies, and BET Action pay-per-view. Building on brand identity outside of the cable industry, Johnson capitalized by launching African American publications such as YSB, Emerge, Heart & Soul , and Arabesque Books, a line of African American romance novels written by African American authors. Johnson also made a foray into the restaurant business by opening BET Soundstage and BET on Jazz, which were theme restaurants. In 2001 Johnson made an effort to become the only African American to own a major airline by becoming the owner of D.C. Air. His plans were halted when the U.S. Department of Justice threatened to sue to stop the deal over antitrust concerns.

The success of BET stemmed from Johnson's vision to capitalize on cable programming to an underserved African American market. He also used African American talent by hiring executives, producers, and on-air performers. In an interview with Robert G. Miller in the Black Collegian , Johnson commented, "As an entrepreneur, sometimes you make it up as you go along. You have to have an unshaken belief in yourself, work harder than the next guy, and do whatever it takes with determination. You have to have an ability to engage people to believe in you, while being lucky enough to be in the right place at the right time. You must be able to marshal the resources to achieve that vision. That means you have to find good people, support them, and have the steadfastness to stay in there" (October 8, 2001).

Spanberg, Erik, "Taking Care of Business: Robert Johnson has a Long History of Seizing Every Opportunity to Build a Business Empire," The Business Journal , March 28, 2003, p. A4.