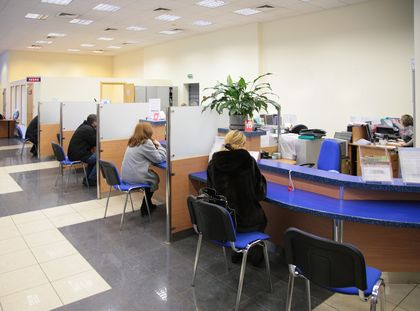 ■ Naina Lal Kidwai combined a talent for business with a keen eye for emerging trends to become one of India's most influential investment bankers. She helped some of the nation's most-promising companies to grow and prosper. She combined her business acumen with a team-based management philosophy and a strong social consciousness.

Naina Lal Kidwai came from a family of high achievers. Her father was the CEO of a leading Indian insurance company, her sister became one of India's top golfers, and her husband, Rashid K. Kidwai, was managing director of Digital Partners, a nonprofit organization. Kidwai finished first in her class every year at high school and was chosen school captain. Her lifelong friend, film director Mira Nair, told the Times of India , "When I first met Naina [in school], she was formidable—already something of a legend. She'd stand first every year, was a brilliant debater, represented the school in every sport" (March 23, 2003). By the age of 16 Kidwai had decided on a career in business, still a stronghold of male executives at the time.

Kidwai earned an economics degree from Delhi University, where she was also elected president of the student union and won a college leadership award. She then completed a chartered accountancy course before applying to Price Waterhouse as a trainee in 1977. One of the partners told her that since there were no other women in the firm, they did not quite know what to do with her. She stayed with Price Waterhouse for three years as an independent auditor, examining clients' accounting and finance records to ensure their compliance with established controls, policies, procedures, and laws.

Kidwai decided that acquiring more degrees was her best defense against gender discrimination. In 1982 she became the first female from her country to earn an MBA from the prestigious Harvard Business School. After graduation Kidwai returned to India and joined ANZ Grindlays Bank. In the 1980s India's investment-banking industry was in its infancy, and there was a decided lack of role models for young Indian businesswomen. Kidwai found her own path and within three years rose to head Grindlays's western regional operations for investment banking. In 1989 she was promoted to head the entire division. By 1991 Kidwai felt it was time for a new challenge and made a lateral move to the company's retail-banking division.

In 1994 Morgan Stanley opened offices in India and recruited Kidwai to head their investment-banking business. She convinced Morgan Stanley to focus on emerging industries such as information technology (IT) and telecommunications. That turned out to be a winning strategy when Kidwai demonstrated a talent for brokering financial agreements between investors and India's hottest high-tech companies. She found financing for Wipro and Infosys, India's top IT services firms. She managed the initial public offerings (IPOs) of India's fastest-growing telecomm, Bharti Tele-Ventures, and leading automaker, Maruti Udyog. For Morgan Stanley, Kidwai engineered a joint venture with Mumbai-based JM Financials in 1997. Under Kidwai, the renamed JM Morgan Stanley became the most important investment bank in India, managing corporate mergers worth nearly $700 million in 1999.

In 2002 Kidwai was recruited by HSBC Securities (part of the Hong Kong and Shanghai Bank Corporation) to become their vice chairman, managing director, and head of investment banking in India. She was also given oversight of the firm's securities trading and research. Kidwai had been courted by American banks but, she told Time magazine, never wanted to work anywhere except India: "In the U.S. I may have brokered bigger deals, but here, it's much more at the cutting edge of reform, the ability to influence, to shape" (December 2, 2002).

A TEAM PLAYER AT THE TOP

Kidwai was called self-motivated, confident, and a shrewd negotiator. In 2003 she was estimated to be the highest-paid banker in India. She received numerous national and international honors. In 2002 Time magazine selected her as one the 15 most-promising young executives (the "global influentials"). Fortune magazine and India's Business Today put her on their lists of the most powerful women in business. Yet she always gave credit for her success to the teams she assembled. "Investment banking is about getting people with various dimensions and skill-sets together," she explained to India's Business Today (November 23, 2003). "I believe the credit goes to the teams I have worked with," she told the Times of India . "It is never the individual but groups of people who make an idea a success" (October 10, 2003).

By 2003 Kidwai felt a glass ceiling no longer existed, pointing out that the number of women studying business and commerce had increased tenfold since she attended Harvard in the early 1980s. The same Price Waterhouse executive who was stumped about what to do with a woman banker in 1977 told her that by 2002 he had more trouble finding qualified male candidates than female.

Kidwai was active in her community with organizations such as India's Self-Employed Women's Association and Digital Partners, a nonprofit organization managed by her husband dedicated to closing the technology gap between rich and poor. Kidwai told the Times of India , "I am a firm believer in the fact that one must give back to society what one has received" (October 10, 2003).

De, Papiya, "I Have Always Enjoyed Being in Positions of Leadership," Financial Express (India), October 11, 2003.

Orecklin, Michele, "Naina Lal Kidwai: Managing Director of HSBC India, She Stays in India because She Can Help Open Its Economy to the World," Time , December 2, 2002, p. 55.