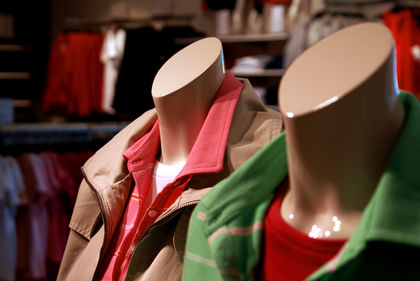 ■ Amancio Ortega was the founder and chairman of the Spanish company Industria de Diseño Textil (Inditex), the parent company of a number of chain stores including the internationally successful clothing retailer Zara. Ortega came from humble beginnings to turn himself into Spain's richest man in 2001 when Inditex first offered shares to the public. Ortega acquired a reputation as a private and down-to-earth person; he rarely made public appearances and shunned the trappings of the wealthy.

The son of a railroad worker and a maid, Ortega received no formal higher education. He began his remarkable career as a teenager in La Coruña, Spain, the traditional center of the Iberian textile industry. When he was 13 years old he worked as a delivery boy for a shirtmaker who produced clothing for the rich. He later worked as a draper's and tailor's assistant. In seeing firsthand how costs mounted as garments moved from designers to factories to stores, Ortega learned early on the importance of delivering products directly to customers without using outside distributors. He would later employ such a strategy with great success at Zara, attempting to control all of the steps in textile production in order to cut costs and gain speed and flexibility.

In the early 1960s Ortega became the manager of a local clothing shop, where he noticed that only a few wealthy residents could afford to buy the expensive clothes. Thus he started producing similar items at lower prices, purchasing cheaper fabric in Barcelona and cutting out pieces by hand using cardboard patterns. Ortega then sold his items to local shops; he used the profits to start his first factory in 1963 at the age of 27.

In 1975 Ortega opened his first Zara shop across the street from La Coruña's most important department store; he would become renowned for choosing the best locations for his outlets. Zara was soon reputed for selling quality designer fashions at reasonable prices. The formula had been used successfully by Gap in the United States and Next in Great Britain but was entirely new in Spain; the large Corte Inglés and Cortefiel had controlled the midrange clothing market, but neither appealed to youthful fashion sense. The company's first annual report, which would be produced in 1999, outlined Ortega's goal, stating, "Zara's aim was to democratize fashion. In contrast to the idea of fashion as a privilege, we offer accessible fashion that reaches the high street, inspired by the taste, desires, and lifestyle of modern men and women" (Nash, October 27, 1999). By 1989 Ortega had opened nearly one hundred stores in Spain.

Zara became so successful that advertisement was almost never necessary, as word of mouth sufficiently maintained sales; the chain especially depended on frequent repeat customers. Julian Vogel of the public-relations firm Modus told the Guardian , "The girls in the office know that new stock comes in on Tuesday and Thursday and off they go. It's a guilt-free high" (October 28, 2002). Zara merchandise even became acceptable in the world of high fashion. Susie Forbes of British Vogue admitted to the Guardian , "My everyday Vogue life is spent in Zara; 70 percent of my wardrobe is from the store" (October 28, 2002).

Ortega's business ventures eventually led to the formation of Inditex, the holding company he created in 1985 to represent his well-known Zara clothing chain along with other smaller chains. Inditex became the biggest multinational textile company in Spain and among the largest in the world; in the late 1990s only Gap and Sweden's HM were larger. The company employed more than 12,000 workers worldwide. Zara and other Inditex chains operated branches in Italy, Great Britain, the United States, Latin America, Japan, and Kuwait.

Inditex's success was based on the fast-fashion model, bringing clothing from the design stage to the store in a matter of weeks. Inditex spotters surveyed designs at fashion shows; in-house designers then copied the most promising ideas. The company's manufacturing base and distribution network was capable of pushing new clothes into stores within weeks—up to 12 times faster than the competition. Inditex shipped fewer pieces, in greater variety, and more often, avoiding high inventory costs and the frequent clearance sales common among most fashion retailers. The whole system was computerized, helping Ortega determine when to restock or drop a design; the company produced only what was needed to sell in its shops. The Inditex CEO José María Castellano told Newsweek , "Our structure gives us tremendous advantages over our competition" (September 17, 2001).

Ortega's model seemed to go against the forces of globalization. In the post–World War II era manufacturers increasingly utilized low-wage workers in developing countries. Ortega, however, kept jobs in Spain and showed that speed, flexibility, and low inventories could be just as important in keeping expenses down: while Ortega spent up to 15 percent more on labor costs than did his third-world-employing competitors, he saved by doing almost no advertising, quickly adjusting to fashion trends, and minimizing shipping costs by keeping production close to markets. As such Inditex largely avoided criticism from human-rights activists, since the company did not exploit workers in developing countries.

The Inditex model came to be taught in many business schools, replacing the model that had called for complex global networks that could take nine months to get clothing from the design stage to the store. Observers noted that such a model had the potential to end the losses of jobs in the developed world. John Thorbeck of the consulting firm Supply Chainge commented in Newsweek , "Zara has proven that speed and flexibility matter more than pure price. They've turned the old way of doing business on its head" (September 17, 2001).

Ortega had a reputation as a private and secretive man. He never granted interviews to the media, and the company released very little personal information about its founder and chairman; some in the press referred to the Inditex chief as a "publicist's nightmare." For decades there was only one known photograph of Ortega in circulation. When the company issued its first annual report in 1999, a new photograph finally appeared. Ortega rarely attended official events. When the Spanish Prince Felipe called on Inditex headquarters, the royal visitor was received by one of Ortega's representatives.

Ortega was also known for being a down-to-earth boss. He never wore a tie to work; indeed his wedding was reportedly the last time he had donned one. He hated working with investment bankers in preparation for the initial public offering of Inditex stock. One banker told the Financial Times , "We could see it was absolute torture for him" (April 28, 2001). Even on the first day of the sale of Inditex stock in 2001, when Ortega became the richest man in Spain, he did not celebrate in grand style. Rather he went to work, watched the news on television for 15 minutes to find out that he had just earned $6 billion, and then ate lunch in the company cafeteria.